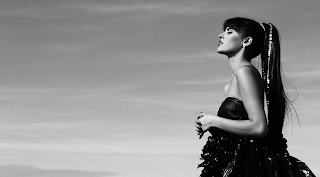 Luciana Valentina - The Murder Of Margaret.

Luciana Valentina is thrilled to announce the release of her latest single and music video, ‘The Murder of Margaret’, available everywhere now.

‘The Murder of Margaret’ is a theatrical-pop piece with a touch of Amy Winehouse-like jazz and reflective yet blunt lyricism which wittily comments on the dark sides of society. Double standards; insecurity; trust issues and dealing with consequences are among some of the themes found in this track.

Ironically, this story is also reflecting the current global crisis – Margaret represents society (doesn’t know whom to trust or listen to) and its theft of choice. Eventually, she is choked by hypocrisy. There's always a price to pay:
The Murder of Margaret.

Luciana Valentina is a 23-year-old singer-songwriter, composer, actress and model who founded her band in 2019. After the successful release of her debut single ‘Wind Up Dolls’, Luciana was on continuous roadshows across renown venues in Sydney after which she was discovered and invited by Grammy-award-winning band ‘Los Amigos Invisibles’ to join their Australian tour.

Now Luciana Valentina is releasing her latest single in preparation to her new album ‘Black or White’ aiming to release November 2020. 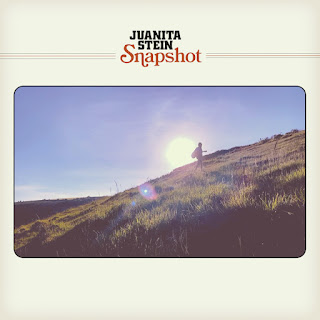 Juanita Stein has released a new song, ‘The Mavericks’, from her upcoming third album, ‘Snapshot', which is set for release via Nude Records on 2nd October in all formats.

‘The Mavericks’ follows the recent release of the LP’s title track, which picked up early support from the likes of Mojo, Clash and 6 Music for Brighton-based, Australian songwriter, who first became known for her work as singer and guitarist in Howling Bells. The song carries on the theme that runs throughout the album, which was recorded following the sudden loss of Stein’s father in 2019.

As Juanita explains: ’’The Mavericks’ is a song that came together over a few years. The first half I’d already had written, the lyrics came in one blessed burst of lyrical expression, then I stashed it away, not knowing quite what to do with it. I was later able to complete it, whilst writing the songs for ‘Snapshot’. With the razor-edged perspective loss can bring, finding the right words became a lot easier for me. Sonically and lyrically, I wanted the song to rise and fall, swell and intensify, mirroring the cyclical nature of life.”