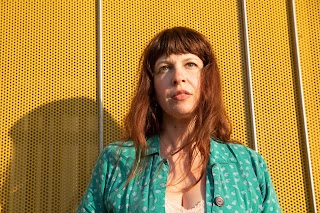 Xanthe Alexis' new album The Offering, out this weekend, is simply stunning, from her goosebump-inducing voice to her personal and vulnerable writing; and from the indie-folk production that encompasses acoustic guitar as much as drum machines to the radical empathy she practices in her life and art.

Like so many of her songwriting sisters and brothers in a year of lockdown, Xanthe Alexis has been awaiting the summer day she can give her second album, The Offering, to a revolutionizing world. The accomplished Colorado musician was just breaking into the national scene as the world shifted under our feet in early 2020. Her experience as both a trauma therapist and a single mother of two allowed her to weather the subsequent storm with unusual grace. Even from lockdown, Alexis has offered friends and fans daily affirmations of power and hope on social media – commodities that are rare in these times of vindictive language.

The passionate and strident tracks on The Offering reflect her wise responses to this new world shorn of pretense and masquerade. Her writing on the album also springs from the aftermath of heartbreak so the music functions both to heal others after hard-won lessons in moving forward herself. She sings, “It’s going to leave you hungry, kisses just like medicine, there and then gone again, here inside The Offering, tell me what you need.”

Alexis has noticed a distinct change in what her fans want from songwriters. In the almost four years since the 2016 election, she witnessed a need for a more authentic voice within the confounding politics and more passion in equal doses. Songs like “Siren” are meant to acknowledge anxiety while bringing a soothing hope for those living in fear. Alexis has found herself reflecting on her own newfound sobriety and writing about her journey towards healing. The songs are personally vulnerable and bring a broader context to living bravely, during fearful times. The recording sessions for The Offering began in 2019 under the tutelage of Conor Bourgal, founder of Colorado Springs group Changing Colors, and a proficient sound engineer. He worked closely with Alexis to accentuate what really mattered in these songs and to develop an indie-folk sound that draws as much from indie rock drum styles as from acoustic guitars, but always hangs back to let her stunning voice take the fore.

Alexis is unmistakable for her powerful voice and enchanting lyrics. The singular aura of magic surrounding her is a reflection, in equal measure, of her birth in the Superstition Mountains in Mesa, Arizona. Her childhood was steeped in the mysticism of blended cultures and gave her a passion and sensitivity for the unseen world of Spirit. She also experienced the effects of being treated as an “other” in America. Finding her own voice in activism, at the peaceful protests for Water Protection at Standing Rock, in her work as a Natural Healer in her community and now, in the ongoing movement for racial justice. Her Mother introduced her to the likes of Linda Ronstadt, Joni Mitchell and Ella Fitzgerald at an early age, and she began writing songs just before her beloved sister died of heart disease. This gave Xanthe an additional window into the depth of pain and the need for a language in which we can speak the expanse of human emotion. 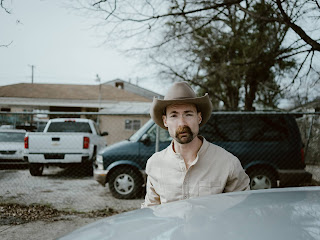 Garrett Owen - No One To Save You.

We have a fabulous new song from Texas troubadour Garrett Owen that's called "No One To Save You".

The song is about the hardships that result from a life lived on the road, inspired by a breakup he endured while on tour with Parker Millsap. The single is the newest from his forthcoming LP Quiet Lives out September 18th.

Garrett's songwriting comes from a unique viewpoint, and understandably so -- he grew up the son of missionaries in Africa, with the kind of wildlife in his backyard we'd have to pay admission to see here. His adolescence was spent playing music and being grounded in nature.

In his late teens, the family relocated back to Texas, and Garrett struggled to fit into the culture - the pain and despair from which caused him to attempt suicide. From those experiences, Garrett has learned lessons and grown both personally and musically, all on beautiful display in the grooves of Quiet Lives.