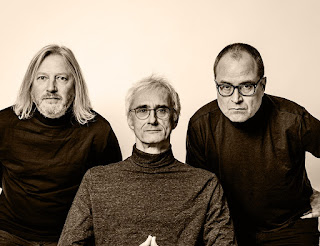 The Hengles - Fire In The Rain.

The distinguished gentlemen of The Hengles have more than earned their musical spurs in the past. The guys from Amsterdam played in illustrious 80s and 90s bands like Fatal Flowers, Treble Spankers, Supersub and Jack Of Hearts. Since 2015 they represent The Hengles, originally specialized in the better cover stuff and in addition active as backing band both live and in the studio of various artists.

Last year The Hengles have taken the next step: writing their own repertoire making pure melodic jingle-jangle Hengle rock with a twist, taking you on a trip down memory lane of more than 50 years of popular music history and blending this into their own style.

Fire In The Rain is the title of the 8th single of The Hengles. It was originally set to be released this June. However, the COVID-19 restrictions turned all that upside-down.

During the lockdown earlier this year, The Hengles released a ‘home version’ of a future new single on their YouTube-channel (let’s save that story for later!), but they also took the opportunity to strip down, edit, re-record, basically reinvent the song Fire In The Rain, to come up with an even better recording than they already had! We all need that beacon of light to guide us through difficult and sometimes perilous times. Especially now! So, if you ever asked yourself how to start a Fire In The Rain, well here it is!

As said before, 2019 has been very kind to The Hengles: entries on Spotify’s New Music Friday playlist, Apple Music’s New Music Daily playlist, Dutch National Radio NPO 5 playlist and a real Number 1 spot at Dutch IndieXL Indie chart, airplay in Germany, US and The Phillippines, to name but a few! 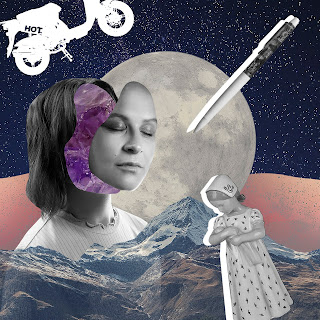 Since 2014 Astrid Cordes has been known as one of the two vocals in the Danish duo Shy shy shy. Now she has put the sweet indie pop aside to make room for a new solo release which points in a more gritty and unpolished direction.

”I was lucky enough to write and put out music with one of my dearest friends through Shy shy shy for a long time, but after shaping everything to fit into that frame I really felt like making something where I could put myself more on the line and be a bit more risky. I've tried to keep a curious approach to my own voice and musicality and have allowed myself to dive into more personal subjects than in the past.”

The songs are still steered by Cordes' charismatic voice and talent for telling stories, but is set in a darker, more guitar driven, mature and uncompromising environment. There is a another depth and a pressing intensity in these new tracks. The lyrics appear honest and direct, revolving around the challenges of an existence overflowing with expectations of what and who we are.

They had a solid foothold on the indie scene playing several tours in Denmark and festivals like SPOT festival (DK), MS Dockville (DE) and Roskilde festival (DK). The headline of their last review written by the music magazine GAFFA wrote ”Shy shy shy writes their talent and musical capability in neon” and testifies that performing live has always been and will continued to be an essential part of Cordes' career. 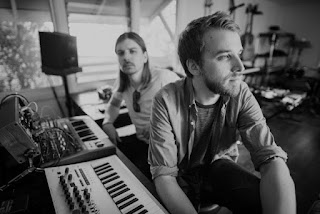 We are pleased to share the new track from Mines Falls, a duo of brothers Carson & Erik Lund, based in L.A, who make luxurious and moody pop music. Intricate production, a great synthesis of electronics and songwriting.

Here's a quote about the track from songwriter Carson Lund: I had been traveling quite a bit for my job when I wrote this song, touching on all corners of the country, finding myself in quiet towns I’d never heard of before, and not communicating with family and friends for long stretches.

I crave this isolation and independence, but it also distances me from people, and “Red Moon, Car Wreck” attempts to connect who I’ve become with who I was as a child. Life is a series of comings and goings, but this song is about trying to stay in one place.

Charlie Nieland's new single and video for the song Pawns, is part response to The Bushwick Book Club's celebration of Jeff VanderMeer's new A Peculiar Peril. Part response to being a captive audient to dissolution, disintegration, confinement, mysticism and megalomania.

Charlie Nieland has evolved a seamless mix of production, songwriting, musicianship and engineering most notably with Lusterlit with Susan Hwang, Soozee Hwang and The Relastics, Ronan Conroy, Her Vanished Grace, Oh Halo, with the film scoring collective Emboznik and with the production team Super Buddha with Barb Morrison.

Charlie has worked with Rachelle Garniez, John S. Hall, Palmyra Delran, Scissor Sisters, Rufus Wainwright, Debbie Harry (on her 2007 album NECESSARY EVIL, which he co wrote and produced), Blondie (co producing and writing three songs for their 2011 release THE PANIC OF GIRLS) and has scored the films THE SAFETY OF OBJECTS (starring Glen Close) and the documentary NY77: THE COOLEST YEAR IN HELL.

Charlie's breadth of skills continues to grow, with mastery of many musical instruments, songwriting, arranging, video directing and all facets of modern recording technology. Most importantly he has the special ability to connect with and motivate the wide variety of artists that he works with. He specializes in bringing out atmosphere and emotion with his production to make musical cinema.