Flora Hibberd is back with a new single and video for 'I'm Gonna Leave You' ahead of next Friday's 'Archipelago' E.P release. Last year we had the pleasure of featuring Flora on four occasions and the new collection of songs showcases her wonderfully distinctive vocals alongside some beautiful musical arrangements. === Lone Kodiak deliver some powerful alt rock with their new song 'PDX '97'. It has all the vital ingredients for a stadium style sing-along anthem, and plenty of passion to reinforce the piece. === Back in 2017 we shared a couple of fine songs from The Bats and the long standing New Zealand indie band are back with 'Another Door' where their ability to create fresh new and fabulous songs remains intact. 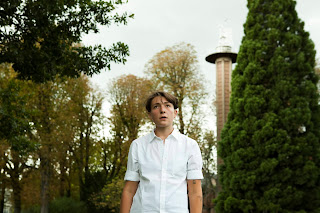 Flora Hibberd was born in London and lives in Paris. In 2019 she released her debut EP, The Absentee, with London-based indie Clearlight Records. Autumn 2020 sees the release of her second EP, Archipelago, recorded in Burgundy at the turn of the year.

Flora has numerous smaller projects that you can find on Bandcamp and Youtube, including a collaborative album produced during confinement, and covers of songs by artists including Jason Molina and Townes Van Zandt.

Archipelago will be released on September 25 2020. Recorded at New Year’s over eight days in a country house in Burgundy, the five songs travel the landscape of love and loss, the terrain of a relationship that is failing –or at least changing –where we simultaneously encounter the joy of freedom and the pain of letting go. Archipelago was arranged and produced by Paris-based Viq, who says, “Flora has a remarkable ability to generate original melodies and intriguing lyrics.

There is something particularly moving about her deep vocal presence and the subtleties of her renditions. My work consisted only in accompanying them to territories that perhaps seemed unexpected to her –but where we finally met.”Of the EP, Flora says, “these five songs stand for a memory specific and universal. Rupture in its phases, ever-shifting and nonlinear. Love and loss and enduring love. Here, a cluster of islands in an un-distant sea.” 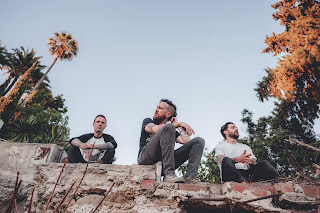 is an east-Los Angeles based rock trio loosely inspired by (without being derivative of) Hum, Explosions in the Sky, The Cure, and Deftones. Founded in 2016, the band released 2 EPs, became a feature of LA’s independent venue circuit, and was among BuzzBands.LA’s Bands to Watch in 2018 before a serious motorcycle accident involving bassist Daniel Alden sidelined them for most of 2019.

The unscheduled pause gave them time to reflect and refocus, shuffling their roster by adding drummer Josh Harris and returning furiously in July 2020 with “Make It a Weapon,” produced by Kyle Mangels.

It’s the first single from their forthcoming 6-song collection, a song lead singer/guitarist Dainéal Parker described in a recent interview with BuzzBands.LA as “motorcycles and protests and getting in trouble.”

Having wrapped production just before the pandemic hit, Lone Kodiak hopes a drawn out release schedule and effective marketing of their new catalog will land them a solid tour in 2021. 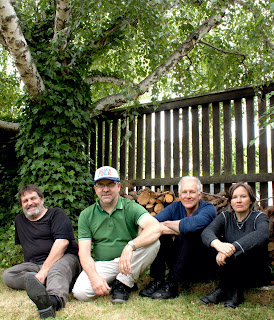 The Bats - Another Door.

The Bats have kindly shared a second single, ‘Another Door’ from their upcoming album ‘Foothills’. Guitarist and vocalist Robert Scott has said on the single, “This song is wee ditty about opportunities both missed and taken. It came together really quickly with the band.” Although more lyrically reserved than other songs, ‘Another Door’ is fuelled by familiar and overwhelmingly lush harmonies and features a hypnotic tremolo guitar motif woven throughout. The anticipation for ‘Foothills’ to land on November 13th is ever-growing!

“When meaning falls down and we’ve all left this place. And nothing seems to fit, now we’ve left the race behind
Today”

The video for ‘Another Door’ was filmed not far from where the band recorded their upcoming ‘Foothills’ album and was a collaboration between The Bats’ very own Paul Kean, and FlowStateFPV. Acting as a snapshot of where ‘Foothills’ was immortalised, the video also plays around with hidden (and not so hidden) meanings — but what one takes from it is truly up to the viewer.

Spanning the last 38 years, The Bats have now clocked ten incredible albums; each one seeing the band evolve with new material from the prolific songwriting hand of Robert Scott —and their upcoming Foothills is no exception. Add to that tally the extra singles, b-sides, EPs, compilations and tribute songs they’ve recorded, creating a succinct setlist is a nearly impossible task.

Foothills was recorded in Spring 2018 at a country retreat pop-up studio. At that time, 15 songs were captured and immortalised in the Canterbury foothills of the Southern Alps, Aotearoa (New Zealand). Only too well, The Bats know the possibilities, potentialities and sonic vistas that arise when one takes the reins for the recording process in a beautiful place that’s on home turf.

Robert Scott, on the making of Foothills has said “Time marches on... finally, we found a gap in our busy lives and chose a week to convene. We found a house that is usually inhabited by ski field workers — Kowai Bush, near Springfield about an hour west of Christchurch and of course nestled in the foothills of the mighty Southern Alps. The songs had been written, demo’d and arranged for some time, but still with a little room for trying things out in the studio. Many carloads arrived at the house, full of amps guitars and recording gear, we set up camp and soon made it feel like home; coloured lights, a log fire, and home cooked meals in the kitchen. We worked fast, and within a few days had all the basic backing tracks done, live together in one room, the way we like to do it - it’s all about ‘the feel’ for songs like ours.”