Natalie Schlabs returns here for a third time this summer with 'Don't Look To Close' and it's another reminder that her forthcoming album is a gorgeous collection of imaginative tracks. === Sonny Winnebago shares the beautifully upbeat modern pop song 'Lemonade' where feel good vibes roam free. === Crawford Mack impressed us back in July with 'Depends On Where You Stand' and his brand new release 'Firing Squad' continues the trend from this refined singer songwriter. === Maxwell Stern has released 'Pull The Stars Down' a catchy and smooth flowing song with a country rock feel, ahead of his debut album 'Impossible Sum' due next Friday. 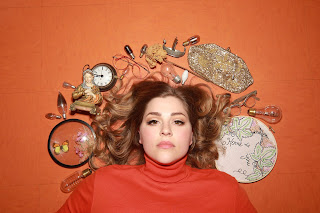 Nashville-based singer/songwriter Natalie Schlabs writes songs that explore the complicated emotions and perspective-shifting moments that make up family relationships. Her music often blends sublime vocal harmonies with lyrics about the secret desires and difficulties of living life among loved ones. Her first full-length album Midnight With No Stars was celebrated for its willingness to explore the personal. New Slang praised the album for revealing “a rugged truthfulness we often save for conversations with ourselves.” There’s a richness and clarity to Schlabs’ voice reminiscent of artists like Norah Jones and Jill Andrews, making her a popular choice for harmonizing background vocals. She frequently collaborates with other musicians on tour and in the studio.

Her stunning duet with Irish-born artist Ben Glover “Fall Apart” features vocals that “ring and resound like a fork tapping crystal” (hyperlink) and was Song of the Week on The Bluegrass Situation in 2016. Schlabs’ introduction to Nashville music came through collaboration, singing background vocals for fellow Texan Ryan Culwell and performing with Katie Herzig at Paste Studio NYC in 2018. “I think there’s something cool about the act of stepping into someone else’s sound and blending with it. It’s a challenge, and a kind of freedom, too.” Like many other Nashville musicians, the West Texas native grew up singing in church, but unlike others the majority of her early musical experiences took place at home with family. Her three brothers were musicians— one a pianist, one a guitarist and drummer, and one guitarist and songwriter— her mom sang, and her grandfather, a guitarist and vocalist who performed classics, often invited the family to sing with him. “It was very normal for all of us to be together in a room, playing instruments and singing together. My love for music comes from my family, and my love for family is often the substance of my songwriting.”

Breaking a bit from her country roots, Schlabs’ new album Don’t Look Too Close (set for release October 16, 2020)steps into indie territory with a compelling mix of instrumentation laced with solo vocals that bloom into easy, delicate harmonies. Co-produced by Juan Solorzano and Zachary Dyke, with Caleb Hickman on saxophone and her husband Joshua Rogerson bass,the albumswells and ebbs with elegant, absorbing shapes. The songs are moody, candid, and tender, each featuring Schlabs’ characteristically sleek vocals front-and-center, backed by charming instrumental moments that add form and depth to the melodies. “Juan’s got a great ear. He created really original textures with layered guitar. That’s a big part of the sound of the record.” Recorded the year of her 30th birthday and largely written while pregnant with her first child, the album naturally focuses on tensions between past and present. “I was thinking about how to raise a child, how to pass down values. There’s a dismantling of what I thought I knew. What do I value in my life and where did those things come from? What do I want to share with my children and what do I want to spare them from?” 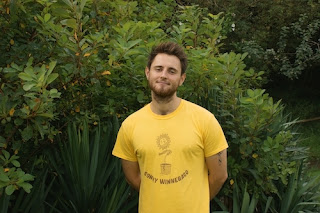 With a slice of his childhood spent making Lemonade in Perth, the musician eventually relocated to Wales; swapping lemons for guitars. Occupying his free time by perfecting his craft, Winnebago has moulded a sound that is bright, avant-garde pop; even when exploring the sombre themes in life.

Layered with a warm-hued melody and Winnebago’s soft vocals, his new infectious offering Lemonade is a perfectly crafted uplifting anthem for the warm summer days. Discussing the inspiration behind the track, he says: “I was walking to my job as a barista one sunny day, and saw some little go-getters selling lemonade outside their house. I thought that was really cool and reminded me of when I used to make lemonade from a lemon tree we had in the back garden.”

Having teamed up with producer Charlie Francis, and session musicians Davey Newington (Boy Azooga) and Matt Evans (KEYS), the feel-good bop sparks the nostalgic sound and recollections of being back in a classroom.

The artist tells us: “Everyone's got good memories of picking up a recorder or triangle in school, so we used lots of instruments. Davey brought along some shakers, there’s also a ukulele, woodblock, kazoos & a kalimba. My school instrument was the flute, so we put that in too.” 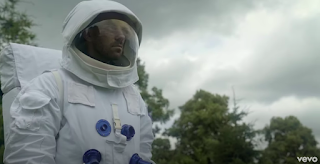 Intimately involved in all aspects of his art; Glaswegian singer-songwriter Crawford Mack is not just a composer and lyricist, but a video and art director, the whole focused on the perfect expression of his musical vision. The jazz trained singer, guitarist and lyricist has concocted a musical sound that, in his words, found ‘the sweet spot between Led Zeppelin and Joni Mitchell’.

We see a change in the singer, as he swaps orchestral melodies for downtempo acoustic stings in his second offering ‘Firing Squad’. Building a sharp momentum using melodious gentle guitar riffs and a rhythmic drumbeat, ‘Firing Squad’ explores the power of a guilt-ridden conscience that one might feel due to their own behaviour; specifically targeting the action of mistreating others.

Accompanied by a short film conceptualised by the songwriter, the new music video directed by Liam Hendrix Heath, borrows heavily from space oddity era Bowie and Stanley Kubrick; following an astronaut’s journey through suburbia and his past in a jarring, mirroring the claustrophobia and hidden menace of the track.

The lyrics draw on the use of power to oppress the powerless and were inspired by a reference in a William Mcllvanney book to the blindfold used in firing squads being to spare the shooters seeing the condemned eyes. The teacher in the film embodying a particular personal memory for Crawford.

Discussing the new music video, Crawford tells us: “I didn't want to go for something obvious with a literal 'Firing Squad' and soldiers because I think I've seen plenty of that in music videos before. Liam and I spent a long time over lockdown talking through what the song was about for me, until one day out of the blue, he came up with the idea of the astronaut walking past tableaus that are flashbacks of his life. The idea grew from there until we started to create our antagonist teacher character for the final face-off.” 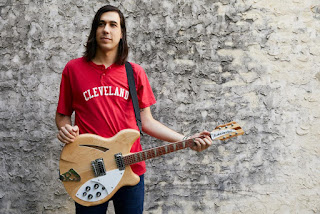 Maxwell Stern - Pull The Stars Down.

"Brave the trains and meet me across town. We’ll go out spinning stories, trying to pull the stars down." sings Stern in this song that is the product of a lot of drunken reminiscing with old friends in new places.

"I think it's really easy to romanticize the past which can be kind of an unhealthy thing to do, to just kind of live in nostalgia-world and think that things aren't ever going to be as good as they were. I think it's ultimately about developing a healthy relationship with your memories but not letting them rule you." Stern says of the track, adding "Remembering that appreciation for the past and hope for the future aren't mutually exclusive and in fact, sometimes they can reinforce each other."

Impossible Sum may be Max’s first solo record, but it certainly isn’t a solo effort. In addition to Laura Stevenson, a stacked personnel of other longtime friends and collaborators helped Max bring these songs to life, including Adam Beck (Sincere Engineer, Into It. Over It.), Matt Arbogast (The Gunshy), Jon Hernandez (Timeshares) and Kyle Pulley (who produced, engineered, and mixed the album).

For Maxwell Stern, Impossible Sum—his first proper solo record after being in bands like Signals Midwest, Meridian, Timeshares—is an honest-to-God effort to wrangle heartfelt and sometimes confusing feelings of adjustment, displacement, and settling into song. These songs have the kind of heart-on-the-sleeve vulnerability that fans of his other bands have come to admire, but presented in a completely unfiltered fashion, existing exactly as they need to be.