So Are We have shared 'LA Love' today ahead of their new album, it's a refined and melodic Americana piece that exudes both warmth and feeling. === FM Collective have released a gem of a song entitled 'In My Backyard', their indie music is fabulously constructed and delivered. === Turkey The Bird have given us a beautiful, uplifting and refreshing track called 'Everybody Needs A Little Sunshine'. === Having already shared four tracks this year Jenny Banai returns with the full album 'Couchwalker' and I have to say the additional eight songs that make up the collection have all been worth the wait, this is a fabulous release. === Elana Stone has shared a video for 'Permanent Limbo' a rhythmic, catchy and melodic song.

So Are We’s long awaited album 'Piece of the Puzzle' is now ready for release! Warm, harmonic and beautiful Americana inspired pop music.

So Are We consists of songwriters Guro Vikingstad (vocal) and Stian Haslie (guitar), occasionally backed up by a band when songs call for it and when the stage is big enough. Their music is americana inspired pop with very personal lyrics, often based on their own lives. The duo is also a couple off-stage, and has a big collection of romantic, sad, happy and funny stories to provide inspiration.

Before the release of their upcoming album, they will release the fourth and last single track named LA Love, today September 25th.

So Are We had a shy start as a duo in 2015, and has since then released 2 singles and an EP, receiving great acclaim from critics. In 2018, So Are We toured around Norway doing 15 concerts, and during their 5th year as a duo built a big and devoted audience. Guro’s voice is often described as intimate and soulful, and Stian’s guitars sometimes sound like a variety of violins but then suddenly turn into the blues devil himself. 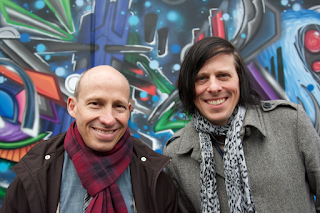 FM Collective - In My Backyard.

FM Collective is the Seattle-based music project of Mike Lucero, a multimedia producer known for his work in music, street art and public installations. Lucero has collaborated with many of Seattle’s most prominent artists, including members of The Posies, REM, Macklemore, Heart, Hey Marseilles, Portugal the Man, and The Head and the Heart.

Fittingly, FM Collective was born as a collaborative effort, namely with Ken Stringfellow (Posies, REM, Big Star) on vocals, bass, production, and mixing duties along with a rotating cast of fellow Seattle artists. On their latest single “In My Backyard,” the duo looked to create a romping country song with protest charging through its lyrics, enlisting the help of Andrew Joslyn (Macklemore), Colin Richey (Hey Marseilles, Cloud Nothings, Cataldo) and Kyle Zantos (Head and the Heart). The protest in question was centered on the political deterioration within Lucero’s own community in the wake of Trump.

“This song was inspired by an act of vandalism that occurred at the Jewish temple that I am affiliated with in Seattle,” Lucero says in a press release. “The incident occurred in the spring of 2017 right after the election of Donald Trump which had stoked the flames of thugs across America, including anti-Semites. While Seattle is one of the most progressive cities in the country, it was evidence that, even in the most modern, forward-thinking and tolerant cities, darkness lurks in the shadows. Today, the message resonates stronger than ever.”

All of the proceeds that FM Collective have raised thus far has been donated to Grammy’s Musicares program, raising nearly $20K to date. 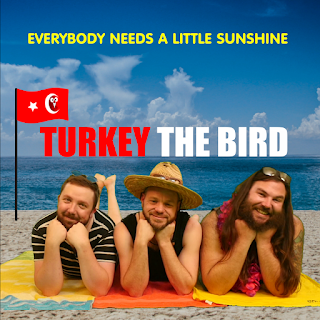 Turkey The Bird - Everybody Needs A Little Sunshine.

Weird times. We're not supposed to travel at the moment, for example to the sea. But no worries, now the sea comes to your home, thanks to Turkey The Bird. The trio has packed sunshine and vacation-feelings into a big box and send them over.

Their songs: enlightening stories about life and love. Their melodies: three-part catchy tunes. The rhythm: leaves you at least tapping your feet. And the beards: the trademark of the band fronted by Swiss musician Andre Manella.

Well then, spread the towel! Song into the Boombox! Relax! And you'll discover that Turkey The Bird are Switzerland's answer to Simon & Garfunkel. 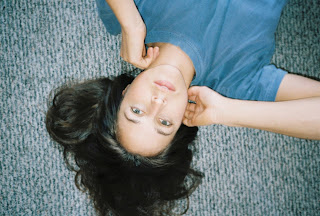 This album was a hard one for me to write. I felt uncomfortable often, stretched, if you will, lingering in the in-between.

I don’t know if there has been a more honest and weak time in my life than now (but I only say that now) and I believe in the importance of sharing, in equal parts, both the consolation and desolation of this strange and beautiful tent I walk around in.

Jenny Banai is an old soul and a child of the nineties, and as such, has inherited both the contemplative wonder and the wardrobe of her parents. She is a fresh and authentic voice who pairs powerhouse vocal abilities with unique and clever pop arrangements.

She blends jazz, folk, and rock into sophisticated pop music that both celebrates and laments the dynamic of human relationships and the relationship with one’s self. 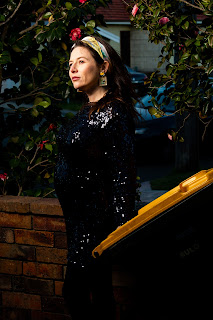 Following the success of her single release, Elana Stone returns today with a charming and colourful animated video clip for 'Permanent Limbo'.

Created by a Melbourne artist Luna Tunes, the video premiered earlier this week via Music Feeds. Fun and explorative in nature, the video clip cleverly depicts the narrative of the intertwining of human relationships, and more specifically how we relate through technology.

When explaining the vision of her video Elana explains she was "In the midst of recording the song I had an idea for an accompanying music video. It was essentially about the merging of humans and technology - the many pitfalls and wonders of this emerging industry.

I decided to reach out to a Melbourne based artist that I came across who made beautiful caricatures of robots and cats and dogs for AIME - the Australian Indigenous Mentoring Experience. We set about bringing his beautiful colourful robot characters to life. The story shifted again and the result is an incredibly optimistic depiction of robots steadily gaining intelligence, personality and enlightenment."