Zachary Kibbee - Jody and the Jerms

Zachary Kibbee has a new video for his single 'Somewhere To Put My Gold'. The video captures the sheer vibrance and energy of the song which is a funky, riff driven affair with a mass of musical hooks to dig in deep. ==== Jody and the Jerms make their third appearance on Beehive Candy with 'It's All Up To You' a song that exudes charm, energy, melody and just plain gorgeous vibes. 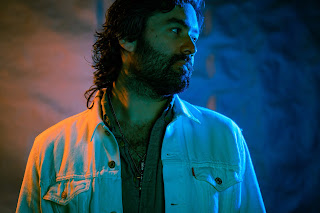 Los Angeles rocker Zachary Kibbee has released the new video for his single, “Somewhere To Put My Gold.” The track is a part of his new album Life In Low Fidelity, released earlier this summer. Kibbee exhibits sincere enthusiasm for music with his unique combination of modern alternative rock elements with his authentic gritty, bluesy style in his video. Zachary Kibbee’s “Somewhere To Put My Gold” video is now available to view on his YouTube channel.

Zachary Kibbee and his fellow band members, Derrick Wong and Jessica Goodwin, passionately jam out together in the video for “Somewhere To Put My Gold.” Wong and Goodwin provide energetic bass playing and exuberant drumming that accentuate Kibbee’s rangy vocals and heavy guitar playing. The video is brimming with confident rockstar energy. Kibbee struts around while zealously rocking out; “Somewhere To Put My Gold” is a thrilling experience both visually and acoustically. The song’s inspiration came from one of Kibbee’s co-writers, Frank Palazzolo, commenting on his swagger.

"Frank said he really liked my swagger and had a lyric that he thought would fit my style, 'somewhere to put my gold.' I loved the idea, so we ran with that concept: swagger and gold," explains Kibbee. The video was directed by Danny Herb and produced by Eric McNeely, who also co-wrote the song with Frank Palazzolo and Kibbee. With COVID-19 still running rampant, it’s not an ideal time to gather as a group, so Kibbee wanted to ensure that everyone involved in the shoot was operating with the best Covid prevention practices.

“It’s definitely an interesting time to shoot a music video. We opted for a skeleton crew and made sure to maintain social distancing between and even during takes. I asked that everyone wear masks and get tested,” explains Kibbee. “I was so grateful that everyone was on the same page as far as keeping everyone safe and healthy while getting the job done with such a minimal crew.” 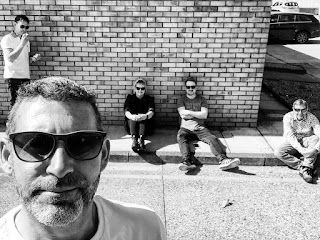 Jody and the Jerms - It's All Up To You.

Oxford, England's Jody and the Jerms have released their debut full length album, Deeper, featuring the single 'It's All Up to You', a track that singer Jody describes as "A bit of a dichotomy - an upbeat fast-paced track with an infectious country tinged guitar riff and British Summertime Hammond organ-laden chorus. The words kinda reflect our mood as we  came out of lockdown, and how we need to adapt and be better."

Released September 4th, the album has already been met with critical praise."Jody & the Jerms' sound harks back to those untouchable days indie music enjoyed in the 90s, possessing seemingly effortlessness melodies and choruses which embed themselves in your head for days,"  said XS Noize in their review. "The new album immediately brings to mind a merge of Doves and Mazzy Star," says Medium.com, "Comparable to the likes of Best Coast and even The Cars...an album bringing together 90’s indie-pop with a fresh, airy sound touching on dream-pop."

Formed in Oxford, England, in the Fall of 2019, Jody and the Jerms have been writing, recording and playing their blend of melodic and uplifting indie/alt pop ever since. They started as a trio 10 months ago - two veteran indie rockers, who boast Radiohead and Supergrass to their credits, and freshly recruited newcomer Jody. Jody had never sung professionally before, but had agreed to a rehearsal and quickly the band took shape. With a few quick release singles, they soon grew to a five piece after picking up national airtime on Radio X (UK), Sirius XM (USA), RTVE (Spain) and BBC (UK), had a European tour locked and loaded - then COVID hit. So they wrote an album instead. Deeper was released on September 4.