Leahy have shared the title track from their new album 'Good Water' and what a superb piece it is with wonderful vocals and harmonies. ==== Our third feature this year for Hannah Scott comes in the form of 'Untangling' where once again her beautifully crafted music and distinctive vocals impress. ==== It's been quite some time since Tamara Willamson last graced our pages and it's a warm welcome back as we feature her new single 'Swim' along with another recent one 'Flashback' both of which confirm she can and still does deliver creative and fabulous music. ==== Kill The Giants have released a poignant video for the title track of their new album 'Three Word Phrase'. This eclectic and genre defying band have produced a gem of an album of which this track is but one dimension. ==== Palberta are getting plenty of attention with the new song and video for 'Before I Got Here' where melody, harmonies and punk sensibilities come together wonderfully.

If you think you know what the music of Canadian band Leahy sounds like, it’s time to think again.

Their new album Good Water brings the five women members of the group – Leahy sisters Julie, Erin, Maria, Siobheann, and Denise – freshly to the fore, in singing and especially songwriting, along with brother Frank on drums. As the songs on Good Water took shape, a new edge to their sound began to emerge with the addition of electric guitars which – as played by new band member Xavier Leahy (as well as guest musicians on the recording Bill Dillon, Nick Johnson and Adam Agati) – spurred the band on to explore the outer edges of their traditional/Celtic/folk/roots musical origins, pushing well beyond that footing.

In another new development, Good Water finds the band working under the sharp, exacting hand of Grammy-winning Canadian producer David Bottrill (Peter Gabriel, Rush, Smashing Pumpkins, Afro Celt Sound System), who brought an additional new intensity to the sonic palette. The result is a wide-ranging collection of songs that newly ignite the many musical influences that motivate the band members – from rock to choral, country to classical, and beyond.

As an example, the first single and title track, “Good Water,” is an entirely contemporary song of hope; a timely message to a generation of “people called to be together” in a world stricken by anxiety, turmoil, and uncertainty. Although it expresses a universal sentiment, it’s as relevant a song as you’ll hear in 2020. With “Good Water,” Leahy have caught the eternal in the commonplace, and captured a feeling we can all recognize now, across the globe. 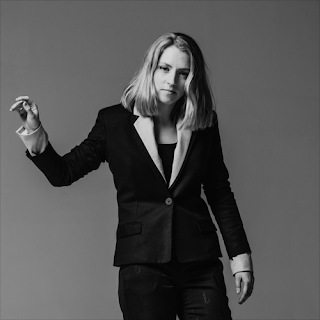 London-Based independent artist Hannah Scott is fast cementing her place as one of the country’s most exciting new songwriters, with her emotive songs and striking voice. Untangling, the third single from her forthcoming album, showcases her powerful and personal storytelling.

The two artists have struck a perfect balance between Hannah’s traditional songwriting craft and Stefano’s unique cinematic production. Recent highlights for the pair include being awarded funding by Help Musicians UK to go towards the production of the album, opening for Madeleine Peyroux to an audience of 2000 at
Edinburgh’s Festival Theatre and travelling across Ireland with Paddy Casey to open shows for him in Dublin and in a tiny Irish speaking village near Galway!

Their music has also been featured on BBC Radio 2 including a live session with Dermot O’Leary, BBC 6 Music, BB Introducing, The Guardian, MOJO and Clash Magazine. 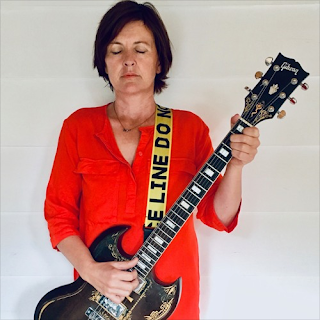 Swim is single number four this year and is a ten minute sound journey. Collaborating this month with award winning HBO and Canadian Screen film composer Tom Third. This single is not a single but rather an ocean of self adulation. And why not...

Dubbed the Godmother of indie Tamara Williamson has opened for Oasis,
been told she is Feists inspiration and beat Bjork in the listings of best show in NOW mag.

Tamara Williamson has been a mainstay in the Toronto music scene since the early 90s. She released 3 albums with her band Mrs.Torrance on the major label BMG. Mrs.Torrance toured extensively in Canada opening for such acts as Oasis, The Beautiful South, Talk Talk, and Jewel. They toured with bands such as The Crash Test Dummies, The Pursuit of Happiness, The Waltons, The Rheostatics, Hayden and King Cobb Steelie. Their single Mrs. Torrance broke into radio with their single and were mainstays in Much Music rotation.

In 2000 Mrs. Torrance disbanded and Tamara started a solo career. Her music is ethereal and sensitive. Using many effects and layers she was one of the first artists to start live looping and was known for her experimentation using both vocal effects and looping. Tamara was featured in The New Music Show in 2000 and her first independent single went into rotation on MUCH Music.

Her first recording Nightmare on Queen Street was very well received and Tamara played at many folk festivals such as Hillside, The Regina Folk Festival, and NXNE. She also went down the West Coast touring with Bob Wiseman and Matt Nathensen. 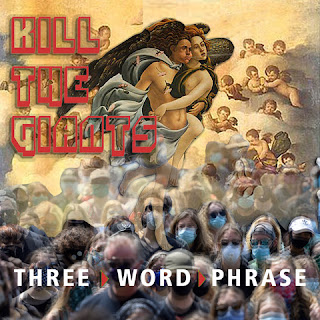 The album has been recorded in response to the extreme pressures put on society and individuals casued by the continuing lockdown restrictions imposed by the government. Freedom and democracy have been surrendered to an increasingly authoritarian government bent on creating mass fear in the population so that they can be controlled. The band are focusing on celebrating and cherishing our freedoms.

One of these tools of control is the repetitive use of a Three Word Phrase devised by behavioural scientists on the SAGE committee these are an effective tool of mind control and the likes of Adolus Huxley (whom the band sample) warned about this over 70 years ago. CONTROL THE VIRUS, STAY AT HOME, HANDS FACE SPACE - to name a few.

KTG frontman Mark Christopher Lee has had a traumatic time during lockdown and is wanting to raise awareness of all those with mental health issues who have suffered as a result of continuing lockdown with treatments being cancelled and suicides increasing. 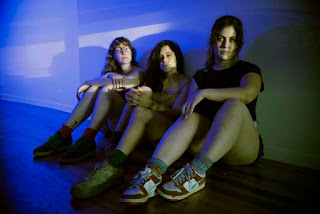 Palberta - Before I Got Here.

NYC punk trio, Palberta are set to release their new album, Palberta5000 on January 22, 2021. They have a new single and video, ‘Before I Got Here’ – it’s out via Wharf Cat Records (Bambara, Public Practice).

I'm not sure if you're aware of the band already but if not, they're an NYC-based trio who've developed a combination of a really devoted cult audience and critical acclaim over the last few years in the US, earning comparisons to some of the legends of left-field music like Captain Beefheart (Rolling Stone), ESG (Pitchfork), CAN and Yoko Ono (FADER), and Pitchfork called their last LP, 2018's Roach Going Down "a leap to another level...[that] suggests even higher peaks to come."

Their new LP really delivers on the promise that their last album's direction implied, upping the production and reconciling their sound with more traditional pop forms while sacrificing absolutely none of the Palberta-ness that has endeared them to people over their catalog to date. The band opened for Bikini Kill on some of their US dates last year and were supposed to tour the UK and Europe for the first time earlier this year before COVID hit – hopefully, these dates will now come next year.