Eric Anders and Mark O'Bitz have shared a beautiful Americana song entitled 'Careful Now My Son'. The impassioned vocals cry out for attention and the slow rhythmic musical arrangement just adds to the emotion and feeling this track conveys. ===== JEWLS debut song 'Take It' is a heartfelt and touching piece. Her natural and refined vocals are immersed in a gentle soundscape that seemingly dances around her singing, adding more depth to this gorgeous piece. 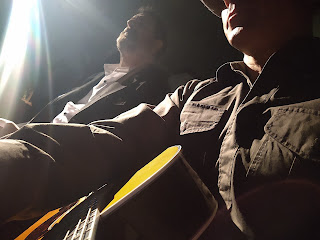 "Careful Now My Son" is the first song of the collection Eric Anders and Mark O'Bitz have named "music in the time of coronavirus."  Eric decided to have three separate releases for this collection so that each release would be more consistent style-wise.

Everything done for this collection--from songwriting to recording to mastering--was done remotely during shelter in place (Eric in NorCal; Mark and Mike in SoCal).  Most of the songs were inspired by the isolation, anxiety, and cultural upheaval of the pandemic year of 2020.

"Careful Now My Son" is the only song that was done in a truly Americana style, so they've decided to release it as a single. They also thought that its foreboding feel and lyrics worked well to represent how we were feeling during this pandemic--so it would make a good kick-off song.

From the Artist:The song is about both the pandemic and the authoritarian and cultish politics of Trumpism. We were deeply afraid of both infectious diseases during 2020 and as 2021 gets going.  With regard to Trumpism, "Careful Now My Son" can be understood as an Americana companion song to our song, "Wounded Son"on our 2019 album, Ghosts To Ancestors. 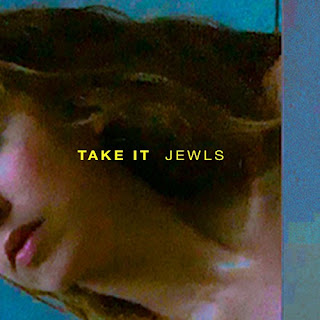 JEWLS released her debut single 'Take It' an alternative pop gem that takes you higher.

JEWLS is a melancholic pop alternative to hold on to. With her debut single 'Take It' she shows her mixture of a husky, sensitive, sometimes even moody voice and heartbreaking honest lyrics. JEWLS her music is predestined to go under the skin. For her, writing and composing music is a way to express what’s underneath. The release comes with a self-directed music video:

JEWLS: Will is lost. The cold has returned. Hearing footsteps above and the rain outside. Blue pretends to be my colour now.  Moments of the past rushing back, cloaked in ice. Everything seems to be a reminder and silence has never been so loud.