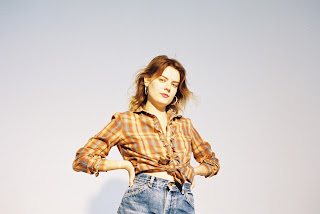 Sara Bug - Die With You.

Nashville songwriter Sara Bug (the name is an old family nickname due to her diminutive stature) describes herself this way, with her usual wry humor: World's finest southern-kitsch artist. born in Mississippi, raised in Louisiana, stuck in Nashville. Her songs balance that humor with deep feeling, which lets them hit hard and stay light at the same time. Add in her distinctive and fantastic vocals (occasionally sounding quite a bit like Dolly Parton, as on country standout "Back in Nashville") and you have a terrific new artist to watch. Her second single is  "Die With You" .

The ten songs on Sara Bug’s forthcoming self-titled debut album were not meant to be shared. A culmination of seven years of her life, these songs were journal entries that reckoned with defining herself. Growing up in New Orleans, Bug imagined herself to be a successful songwriter. “I was so deep in the music. ‘Oh, I'm going to be a famous musician. When I get out of high school, that's what I'm going to do. I'm going to go have a career in music,’” she explains. “I think I held on to that for so long, I had finally kind of let go, like that pressure. Now it was just fun.” This eponymous project embodies Bug’s journey away from the expectations of others and her younger self, allowing her creative freedom.

Sara Bug opens with a lush, symphonic ballad about desire. “My whole life through, I want to die with you,” she sings tenderly on “Die With You.” Romantic and a bit morbid, Bug opens with the oldest song on the album and takes us to that time when the urgency of her happiness began pushing against the pressure of others’ approval. It's easy to get lost in the dreamy guitar strums and sturdy bass lines, Bug’s voice sharp and clear against the country-psych rock combination. A close listen reveals that Bug is letting the listener into the most poignant moments of the past years with sincerity and ease. She takes us on reflective motorcycle rides, whether literal or desired, for “Rosebank” and “Ride On Sundys.” She details the loss of a family member and a trip back home from her then-residence in New York on “Lotta Pride.” Inspired by the detailed storytelling of Dolly Parton and Neil Young, Bug leads across state lines and along her timeline of personal growth with unconventional, vivid song structures.

After moving to Nashville in 2013, the pressure of perfecting a craft in a notoriously famous city for honing musical skills only added mountains of stress. “I thought, ‘Oh, this is going to be awesome. I'm going to be around other musicians all the time, it's going to be inspiring and force me to work harder on my music.’ It kind of had the opposite effect for me unexpectedly,” she admits.  “It feels hard sometimes to do your craft and your thing in a real way without feeling super judged or feeling if you're not at a certain level your art doesn't matter. And honestly, that's part of the reason I kind of grew apart from the idea of even making music at all. I didn't like the pressure in Nashville that I felt when I first moved there.”

As the album comes to a close we’re left with an ending and a new beginning. “Lift this weight off my shoulder, stop believing that my beauty lies in the eyes of the beholder,” she sings on “The Beholder.” Here, we’re witness to Bug accepting and working through insecurity. But the closer “Back In Nashville” mocks the pressure that led Sara Bug to initially question her musical chops. “I told myself, I wanted to write a cheesy country song about not wanting to be in like the most country city in the United States,” she laughs. Sara Bug captures a weird, but integral period of growth for the pensive musician. Her debut defines a period of questioning that Bug conquered in order to realize that music is exactly what she should be doing. That letting go can be a new kind of permission. - Margaret Farrell.

EggHunt Records · Die With You 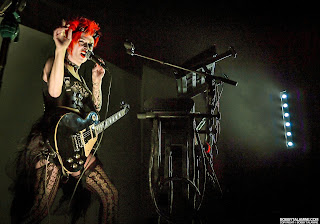 I Ya Toyah has released her latest single, Out of Order.&rsquo; The track, written, produced, and performed by I Ya Toyah and produced, mixed and mastered by Nick Palazzo, is available on all streaming platforms on February 12th. The music video for the first single, was filmed by Joel Lopez of Lumbra Productions.

&lsquo;Out of Order is the first of 5 singles of her sophomore EP, titled the same name. The EP is set to release on March 26th exclusively on bandcamp, June 18th on all streaming services, and is available for pre-order on bandcamp. Everyone who pre-orders instantly gets the streaming and download access to Out of Order the single, as well as another single in February.

This latest single features I Ya Toyah's powerful, sensual vocals, expressive lyrics, melodic guitars, aggressive synths and deep, resonating drum beats, which all come together to paint a vision of disturbia and a dystopian reality full of chaos, pain, and hope.

&ldquo;I couldn't hold back, I gave it all. All my pandemic moods processed through my brain and ended up here to explode, both sonically and visually. I wrote it feeling these emotions and being unable to share them as we all used to- through the togetherness, a hug, and live music experience, says I Ya Toyah of her latest single. In the future, the pandemic will be over, but the need for this connection will remain. I hope this song will be a reminder of how we survived this dark time, and how fragile yet strong we all are- even when we are out of order.

I Ya Toyah is currently awaiting new tour dates confirmations with Stabbing Westward and her Northwest US and Canadian tour, as they got postponed due to the COVID-19 pandemic spread. 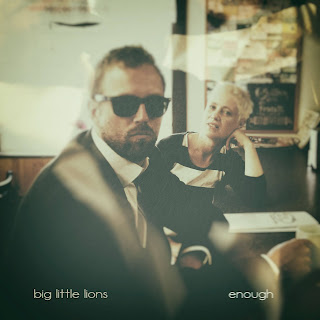 Big Little Lions have been described as ‘a blissful marriage of new folk and sophisticated pop’. Prolific songwriting, infectious folk-pop style, and an offbeat, memorable live show. This award winning duo consists of Helen Austin and Paul Otten who, despite living thousands of miles apart, have found a way to connect and create music together.

Despite being in two different countries, they have found common ground to share their message. Call it destiny, or call it fate, call it a necessary progression for these modern times. Helen lives in British Columbia, Canada and Paul lives in Cincinnati, OH.

But the distance provides the necessity to create in a new way. Using technology as their ally and their differences as their strength. Their monthy single releases are their way of getting through this pandemic while all the usual album cyle release plans don’t make sense anymore. Their music is jam-packed with emotion and tight harmonies, the sound of two people working side-by-side. 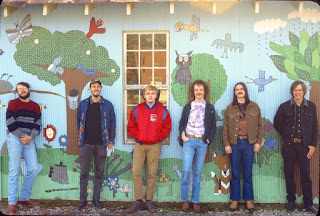 The Pink Stones will release their debut album Introducing...The Pink Stones on April 9th via the New West Records imprint Normaltown Records. The 10-song set was produced by Henry Barbe (Drive-By Truckers, Deerhunter) and was recorded at Chase Park Transduction and the Barn in Athens, GA. Mixing elements of classic cosmic country, raucous rock’n’roll & indie rock, and fresh humor & heartaches, The Pink Stones are authoring a new chapter in the annals of Cosmic American Music and are within a new wave of young artists from the same college town that gave the world R.E.M., The B-52’s, Drive-By Truckers, Pylon, The Elephant 6 Recording Company, Widespread Panic, Vic Chesnutt, The Whigs, and more.

Frontman Hunter Pinkston explains that the track is “a metaphorical ballad” saying, “I wrote it in my first apartment in Athens. I was living alone and feeling pretty lonely—that ‘not a lot of friends in a new town’ sorta feeling that comes from moving away from home and losing people in the transition...It’s about ‘killing’ those feelings and memories that make you feel alone or lonely, while still being able to dig them back up when need be.”

Under The Radar previously premiered the video for the first single, “Blueberry Dream," saying the band "...conjures an other-worldly mix of country, indie, and barn-storming rock on their upcoming debut...The Pink Stones already are a fresh, left-of-field addition to the world of cosmic country." Naming the song one of the best of the week upon its release, Rolling Stone Country said “Athens, Georgia band The Pink Stones mine their town’s grand tradition of Southern jangle along with the swirl of cosmic country on 'Blueberry Dream,' from their upcoming debut Introducing… the Pink Stones. But rather than merely imitating those styles, the group injects them with something fresh and youthful, giving 'Blueberry Dream' a breezy, slacker-rock feel that hits like a ray of candy-coated sunshine."

Especially notable on Introducing...The Pink Stones is the band’s ability to intertwine joy, heartache and self-deprecating humor in songs. It’s a classic hat trick of country music that is all too easy to overplay and seem forced by modern Americana aspirants, but one which the band crafts perfectly. The end result is a fresh and exciting debut album from a great band.

While their average age is only 25, the band also features the music veteran John Neff, one of the founding members of the Drive-By Truckers, bringing his experience and sense of legacy to the group. The Pink Stones are Hunter Pinkston (Vocals, Guitar), Will Anderson (Piano, Vocals), Adam Wayton (Bass), Logan Brammer (Guitar, Vocals), John Neff (Pedal Steel), Jack Colclough (Drums). 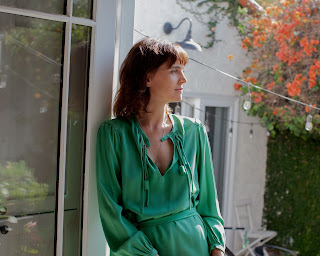 We have a haunting new single from singer/songwriter Megan Wyler. Her first in seven years, the song is featured as the title music for Amazon Video’s new series Tell Me Your Secrets which is premiering on Friday. It starts off slow, ultimately building to a climactic crescendo that is so so satisfying.

A California native, Wyler released her 2013 debut Through The Noise while living in London. The album was praised by the likes of Nowness, Songwriting Magazine, Indie Shuffle who described her sound as “incredibly moving and luscious,” and Clash Magazine who called her music “subtle, delicate and very beautiful.” 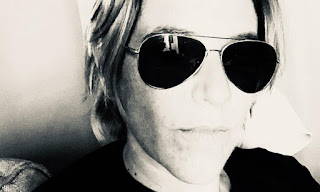 Tara was the singer/guitarist in early noughties Sydney band Guddling. After spending several years in the wilderness honing her hunting skills and dabbling in electronic music as Noot Records, she has returned to the thing she loves best.

She tells us "Lockdown hasn't been all bad - I've had a chance to crank out another rollicking tune and have a second album on the way! (I am trapped in Lisbon for the pandemic - wild, right?!)"

Tara's brand new song 'Bubble Girl', was recorded in Lisbon by Leopoldo Lopes at Sound Pressure Studios, using a virtual Aussie drummer Miles Thomas, with Tara on bass, guitar and vox. She say's "I wanted it to be fast and energetic to shake off the pandemic blues".