Jitensha is the garage rock love child of Erin Rose Hubbard and David Martinez. Their sound is a silvery union of honey sweet proto-punkiness and modern indie that is harmonically reminiscent of 1950s rock & roll.

Lyrically, the duo toes the line between realism and optimism, focusing on social justice, environment and psychology, bringing you on a winsome journey of the human experience. 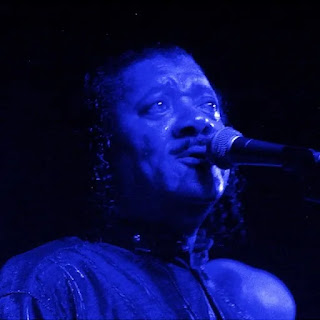 Third single release from the 'transatlantic quarantaine sessions'. Between 1998 and 2020 Boo Boo Davis used to tour in Europe several times each year and we recorded a lot of his music during these tours. Because of Covid 19 this is not possible at the moment. There for the guys from ElectroBluesSociety (based in he Netherlands) started to exchange idea's and demo tapes with Boo Boo in East St Louis (special thanks to Chris Brown).

ElectroBluesSociety;  Two guys and a bunch of junk with a broad taste and an open mind mixing the old with the new. Modern technologies combined with 30+ years of live stage experience in the European blues / roots music scene.

Boo Boo Davis;  Born and raised in Drew, Mississippi. He's a survivor and belongs to the last generations of musicians that write and play the blues based on first hand experience of a hard life in the Delta.
Black and Tan Records · You Better Watch Yourself - ElectroBluesSociety feat Boo Boo Davis 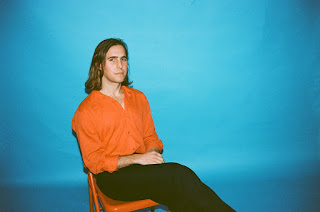 Quickly following his debut EP 'Last Days of Rome', debut album Strange Time was written slap-bang in the middle of 2020; confined to his home, Tomlinson created a stripped-back home studio set up and the songs immediately began to flow.

Born out of this strange liminal space of constant uncertainty that we’ve been living in, his candid poetry and expansive sonic caress capture a true-life portrait of a world in turmoil – sonically taking in elements of acid-folk, chamber-pop, progressive rock and contemplative indie-folk.

Latest single "A Long Day" is perhaps the prime example of the latter. Following previous album singles "Strange Time" and "Them Apples" which have been widely praised across the board by NME, DIY Magazine, The Line Of Best Fit, The Independent, Clash Magazine, Secret Meeting, Beats Per Minute and more – "A Long Day" is a soothing meditation on the vastness of experience. It finds Tomlinson rising early to work in a bakery - “at the end of a long day / it’s just gone lunch,” he opines while Ami Koda’s flute flits all around. Cyclical and breathing, it's heartrending and uplifting all at once.

Speaking on the new single, MF Tomlinson said: “I feel like it [A Long Day] takes me on a journey from the beginning of a normal day to the end of the day. It doesn’t really have a chorus - it kind of flows in quite a cyclical way, so by the time I hit the last notes I feel like it’s transported me personally through all the experiences that directly inspired the song. It essentially deals with the big and the small things that exist in our everyday mundane experiences – no matter how significant or insignificant they might appear at the time – how it all feeds into our concept of memory and the idea of 'living in the moment'."

In essence, MF Tomlinson is the solo work of Michael Tomlinson. Dig a little deeper though and you uncover an intriguing new layer to the project. Calling upon a global network of collaborators and musical friends to bring Strange Time to life (a network he refers to as his "MF's"), across its 6 tracks and 32 minute run time Tomlinson and his MF's explore a rich tapestry of sounds and influences. 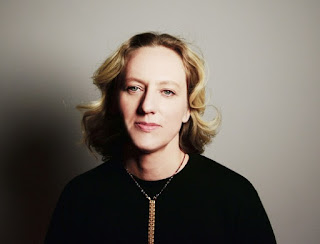 Sometimes a sea shanty isn’t just a sea shanty. With “The Ship,” the heralded singer/songwriter Ana Egge has taken the traditional shanty and transformed it into a modern-day parable. Soft but still clearly defiant, “The Ship” portrays sailors, fed-up with being robbed of their personal power, realizing they have been complicit in their captain’s greedy, ruinous ways, so they stand together against him and stop participating in burning, to quote the song, “the sides of our own ship.”

A reflection of our times, the single was written during the pandemic by Egge with her friend, Irish troubadour Mick Flannery. “2020 stopped us in our tracks,” Egge explains. “We had more time than ever to consider our priorities and confront the results of our actions, personally and collectively. It is in our hands to put this ship on a new course. We can and we will."

To Egge and Flannery, the ship is the Earth and the captain represents greed and waste. The song speaks to the need of the sailors (and, in 2021, working people of all types) to do the right thing, not only for themselves and each other but also for the future of their children.

Because both Egge and Flannery are parents to young daughters, the song’s concern for the future and future generations is a very personal one for each of them. The video for “The Ship” further reinforces this theme as director Ingrid Weise has constructed it by utilizing beautiful and haunting imagery of her own daughter in nature.

Egge and Flannery composed “The Ship” in a uniquely COVID-era fashion — via Facetime. During the quarantine, the two friends starting doing nightly songwriting sessions, even though Egge is based in Brooklyn while Flannery lives across the ocean in Ireland. “The Ship” stands as one of the earliest results of this transatlantic collaboration, which they have continued into this year.

“I loved writing this song with Ana, as I have with all our collaborations,” shares Flannery. “I’m proud to have been a part of it.” Egge likewise raved, “co-writing with Mick has been so much fun and such a mind meld. Sometimes it feels like we’re finishing each other’s melodic sentences."