Jiants - Some Kind of Loser.

Learning to let go of internal and external pressures is a continuous learning process. Our new track, "Some Kind of Loser," was born out of a rough day in the studio that was followed by some upcoming shows falling apart in advance.

I was half joking around thinking about how much time and energy I was spending obsessing over music stuff and feeling like a bit of a dork. I think everyone can relate to that in some way. But that's when it dawned on me that sometimes you might just have to learn to enjoy the rollercoaster because I knew that I was always going to continue making and sharing music, regardless of the results.

This is a song that lets our pop freak flag fly. Committing to the addition of strings with the help of Drew Jurecka took the song to another level. Truth told we both know we're in the wrong.

As much as "Some Kind of Loser" is about charting your own path, these lyrics reflect on how it would ultimately be beneficial learning to work together and respect each other’s paths. 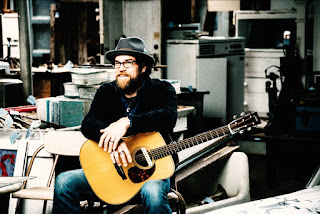 If Aaron Burdett’s last single, “Loser’s Bracket,” was a bluegrass-friendly slice of wry wit, his new Organic Records release serves notice that the western North Carolina singer/songwriter has as fine a touch with a more sombre portrait, too — this time of an aging factory worker looking back over his life.

“Arlo” is a well-crafted, emotionally convincing piece of collage sourced, says Burdett, from real life conversations that have taken place over a decade or more. “Years ago, I used to drive down to play the open mic night at a place called Eddie's Attic in Georgia,” he recalls. “It was a weekly event, and I'd go down every 6 weeks or so. I'd work on my chops and mingle with other writers in one of the premier songwriter venues in the southeast. Among the semi-regular performers those evenings was a songwriter named Arlo, and although we haven't seen each other in person for probably 15 years we've kept in touch and still talk every week or so. We wax poetic about music and songs and audio gear and guitars or any number of other oddball subjects. He's not exactly the character in this song but he is a character in his own right.”

“Almost every line in the song, ‘Arlo,’ is something he said to me directly, verbatim,” Burdett continues. “I've twisted the meaning and implications of the phrases to suit my vision for the narrator in the song, but the words more or less came from real life, from a real live Arlo, over the past 10 years. We'd talk, and afterwards some sentence he said would stick with me so I'd write it down on the ‘Arlo’ sheet. Eventually this song fell out of that collection of phrases and snippets of conversations. Goes to show that you should be careful when you're being clever around a songwriter, you may hear something you recognize in the next draft.”

“Wish I could go back and do it again without the stress, just the happiness” is this Arlo’s desire, with gentle yet insistent backing from Burdett’s regular trio members Daniel Ullom (mandolin) and Kim France (upright bass, harmony vocals) and empathetic fiddle work from Mountain Home Music’s Carley Arrowood — and by the time Burdett’s stoic, resigned voice finishes this closing refrain, it’s likely to have inspired a similar wish among its listeners, too.
Syntax Creative · Aaron Burdett - "Arlo" 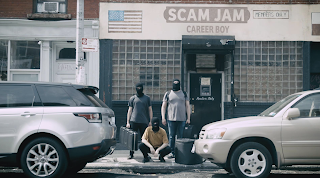 Influenced by artists such as Sleaford Mods, Dry Cleaning, Fontaines D.C., Shopping, Viagra Boys and Bodega to name a few, Career Boy brings to life a unique vision and sound that is strongly their own.

Thematically your ears will find some parallels between the group and seasoned acts such as the Beastie Boys and Cake. Tonally, they will remind you of more contemporary bands like Bodega, Beastie Boys and Viagra Boys. Career Boy's sound is driving and sweaty; imagine yourself in a mosh pit on a tiny venue in the Lower East Side of Manhattan with the adrenaline rush of a late Friday night. Their music is both self-aware and light-hearted bringing in the best of both worlds.

When it comes to the lyrical inspiration for their songs, it's often based on their rejection of what they see as the "traditional job-oriented approach to life" that the modern-day U.S. prescribes. Overall their musical philosophy is grounded in the belief that less is more. "The songs are written with a focus on drums and bass with guitar coming in mostly as an accent. The goal of the instrumentation is to take traditional rock tropes (guitar riffs, excessive soloing, etc.) and either remove them completely or use them ironically, usually to underline a thematic or lyrical point within the song," shares the group.

Career Boy's sound came about because the group wanted to express specific feelings about society and the way they were living their lives. This goal helped to form their instrumentation and songwriting. From there they were able to really hone in on what they wanted their music to sound like....and you'll be eager to hear more. 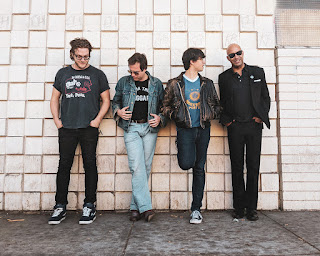 American Grenadine (April 23rd, 2021), the debut record from Los Angeles post-Americana band The Rose Petals, has been over a dozen years and thousands of miles in the making.

The Rose Petals is fronted by songwriting partners Peter Donovan and Elijah Ocean, who first met in 2008 when Donovan moved from L.A. to Portland, Maine, where Ocean was living at the time. The pair bonded over their shared love of Bob Dylan and The Beatles, and they quickly set to work writing songs and emulating their shared role models of Lennon and McCartney, with Donovan on lyrics and Ocean on music.

What emerged between the duo, though, was less Beatle-esque and more like a continuation of the thread of jangly guitar-pop created by The Byrds and carried on by the likes of R.E.M., Gin Blossoms and Band of Horses — uniquely modern American music infused with tinges of the past.

While Donovan and Ocean spent countless hours writing together, it wasn’t until 2016, when, after a few more cross-country moves, Donovan added another 3,000 miles to the bill when he embarked on a road trip with the goal of visiting every U.S. President’s gravesite. Originally having set out to write a book, Donovan instead found himself with pages of lyrics. On the road without a guitar, he sent the lyrics to Ocean, who had since moved to Los Angeles.

“I’d be holed up in some cheap motel in Buffalo, New York or Abilene, Kansas writing about dead presidents,” said Donovan. “Meanwhile, Elijah was in sunny California, taking my words and turning them into these wonderful pop songs.”

By the time the trip was finished, the duo had a whole new set of tunes. After 12 years and thousands of miles, it was finally time to make a record.
Donovan — who has worked with members of Death Cab for Cutie and Portugal. The Man through his Seattle-based Americana project, All the Real Girls — and Ocean — whose 2018 single, “Down This Road,” made Rolling Stone’s list of the top 10 best country and Americana songs of the week, alongside the likes of Miranda Lambert and Nathaniel Rateliff — rounded up bassist Zach Jones (The Everyday Visuals, SPOSE) and drummer Curran McDowell (Jamie Wyatt, Jade Castrinos) and headed into the studio.