As we enter the season of summer romance, Giulia.’s upcoming single, “Tired,” presents a chill soundtrack chronicling relationships’ ups and downs and twists and turns. A Janelle Monae infused funk and R&B style playfully blends with lyrical rhythms and sounds reminiscent of Amy Winehouse. “Tired” is released today May 12. It’s off her genre-bending EP, Night Before, due out June 25th.

The song opens with a fast-paced beat devolving into a slow groove, reflecting the quickening pulse of a new relationship and the soon-to-follow comfort of falling into familiar habits. There’s an upbeat, carefree nature that umbrellas the song, cleverly disguising the heavier pensive moments. Giulia. takes the listener on a full-bodied journey of a long-term relationship characterized by the verses highs, the pre-chorus questioning, and the lows within the chorus epitomizing the “I’m tired” stage of the relationship.

Giulia. incorporates elements of a multi-versed artistic background in film and dance into her sound. A national champion garnering Canada multiple gold medals, she dedicated 18 years of her life to dance, training competitively and professionally in many dance styles, including modern, jazz, hip-hop, and ballet. She says, “There is an innate rhythm and movement I feel when I write my songs. This especially comes alive in my phrasing and the way I choose to say and sing my lyrics.” Giulia. pivoted when it came time to attend college, deciding to pursue a BFA in Dramatic Arts at The New School in New York City.  Her acting background allows her to explore different scenarios and characters within her songs that come alive when she performs. As a filmmaker and writer, crafting stories and choosing how to depict them informs the core of her songwriting – just condensed and in an audio format.

Giulia. and her dad recorded half the songs on her upcoming EP at their home studio while recording the other half with a full band at Canterbury Sound in Toronto. She says, “There’s an unspoken energy and excitement when we make music together that I wouldn’t trade for the world.” 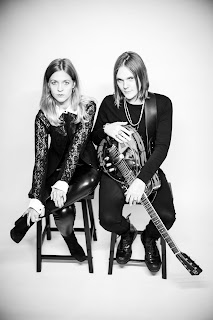 Nashville-via-London duo Ida Mae (Chris Turpin and Stephanie Jean) shared their new song “Little Liars” from their upcoming sophomore album Click Click Domino. "‘Little Liars’ is a runaway song, the first person whisperings of a seductress that you’ll follow whatever the consequences," writes Turpin. "This song was written on a late 1800s Mandolinetto that we picked up at the end of a tour in Nashville and what you hear on the record is actually the demo. Stephanie Jean's live vocal performance on the demo was a first take and it had such a dark and playful intensity we didn't want to change it."

Ida Mae previously released the singles "Road to Avalon" as well as the title track “Click Click Domino” which was featured in Rolling Stone who writes, “With guitar assistance from shred wizard Marcus King, the tune is a heaving mass of scuzzy blues-rock riffs and thunderous drums that indicts social media for its isolating, alienating effects… Somewhere, Jack White is busy looking for new amp settings.” The track was met with similar acclaim from American Songwriter, Wonderland, Clash Magazine, Live for Live Music, and more.

For nearly two straight years following the release of their critically acclaimed debut, Chasing Lights, Ida Mae lived on the road, crisscrossing the US from coast to coast as they performed hundreds of dates with everyone from Willie Nelson and Alison Krauss to Marcus King and Greta Van Fleet. While those shows were electrifying for the duo, it was what happened in between - the countless hours spent driving through small towns and big cities, past sprawling suburbs and forgotten ghost towns, across deserts and mountains and forests and prairies - that truly laid the creative groundwork for Click Click Domino. 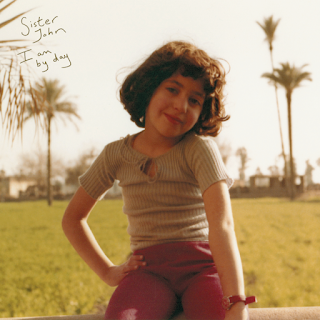 Sister John - In My Place.

The new Sister John album I Am by Day is a total beast in that way where you just keep hitting repeat and discovering more with each listen. I'm loving every moment of this Pretenders meets Tom Petty vibes all over this album, but not like the regular albums, but almost like the Greatest Hits to where you know every track already. This is one of those records you get to know that becomes like home. Take for example the new video "In My Place."

The group, which includes members of labelmate group The Gracious Losers, was hard at work throughout their respective quarantines, capitalizing on the increasingly unnoticeable changes in day-to-day life. The new record, 'I Am By Day,' out May 21st on Last Night From Glasgow, doesn't provide a strategy to get through those 'Spot The Difference' days/weeks, instead seeking to explore every nook and cranny. This exploration is accomplished gently, through equal parts Petty-inspired overdriven riffs, vibrating synth pads, and summery drum programming, continuing Sister John's trend away from traditional Folk/Americana instrumentation. Not since Fiona Apple's "Fetch the Bolt Cutters" have I been so taken aback and unable to categorize the breadth of sound on a record.

'I Am By Day' doesn't pick a side, laying bare the emotions customary on a Folk record, while speaking with a brand new voice, somewhere between curiosity and silent-authority. The lead single, 'How Can I Keep It Alive' is in no rush to share with us its desperate message, leading with a grooved bass line. Like the rest of the record, McKeown and Co. are intentionally sparse with their instrumentation. In turn, each word, synthesized moan, and shimmering snare create vastly greater meaning to this collection of unadorned experimentation and meditation. We love it, and think you will too!

Sister John is a group of four multi-instrumentalists from Glasgow, centered around the songwriting of Amanda McKeown. Amanda and Last Night From Glasgow joined forces after a fateful Facebook DM accompanied by a link to an album’s worth of warm acoustic guitar, spine tingling violin, and McKeown’s emotional affect piqued the label’s interest. Sister John’s debut record, ‘Returned from Sea’ highlighted the group’s sparse yet melodic sensibility. Met with high acclaim and airplay on BBC Radio 6, Sister John followed up with an eponymous second effort in 2019, providing a bountiful feast of the group’s uniquely lush lo-fi.