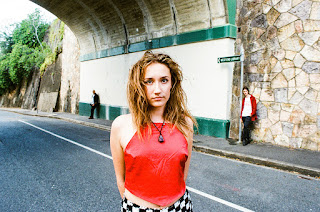 Brisbane-based songstress Lucy Francesca Dron has been turning heads with her genre-defying style and compelling storytelling, her most recent singles ‘What Is Next?’ and ‘Liquid Numbing Pain’ paving the way for highly-anticipated EP ‘Leftovers’ (out now).

Combining her enchanting fusion of indie-rock and lo-fi folk with her feathery jazz-style vocals, Dron has delivered an introspective coming-of-age journey in ‘Leftovers’, each of the five tracks representing a different stage of her transition into adulthood. Dron further explains:

“Leftovers is like a musical journal of my experience transitioning from a teenager to a young adult. Each song represents a piece of the journey, exploring themes of curiosity, anxiety, love, heartbreak and acceptance.”

Similar to a journey of self-discovery, the five tracks making up ‘Leftovers’ were once thought of as outcasts, not fitting into any of Dron’s other album concepts, until finding their rightful place within this contemplative EP as it cascades through each theme with sonic finesse. 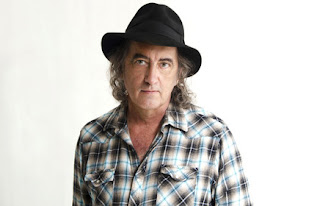 In James McMurtry’s new effort, The Horses and the Hounds, the acclaimed songwriter backs personal narratives with effortless elegance (“Canola Fields”) and endless energy (“If It Don’t Bleed”). This first collection in seven years, due August 20 on New West Records, spotlights a seasoned tunesmith in peak form as he turns toward reflection (“Vaquero”) and revelation ( closer “Blackberry Winter”). Familiar foundations guide the journey. “There’s a definite Los Angeles vibe to this record,” McMurtry says. “The ghost of Warren Zevon seems to be stomping around among the guitar tracks. Don’t know how he got in there. He never signed on for work for hire.”

The Horses and the Hounds is a reunion of sorts. McMurtry recorded the new album with legendary producer Ross Hogarth (Ozzy Osbourne, John Fogerty, Van Halen, Keb’ Mo’) at Jackson Browne’s Groove Masters in Santa Monica, California, a world class studio that has housed such legends as Bob Dylan (2012’s Tempest) and David Crosby (2016’s Lighthouse) as well as Browne himself for I’m Alive (1993) and New Found Glory, Coming Home (2006). McMurtry and Hogarth first worked together 30 years ago, when Hogarth was a recording engineer in the employ of John Mellencamp at Mellencamp’s own Belmont Studios near Bloomington, Indiana. Hogarth recorded McMurtry’s first two albums, Too Long in the Wasteland and Candyland, for Columbia Records and later mixed McMurtry’s first self-produced album, Saint Mary of the Woods, for Sugar Hill Records. Another veteran of those three releases, guitarist David Grissom (Joe Ely, John Mellencamp, Dixie Chicks), returns with some of his finest work.

“I first became aware of James McMurtry’s formidable songwriting prowess while working at Bug Music publishing in the ’90s,” says New West president John Allen. “He’s a true talent. All of us at New West are excited at the prospect of championing the next phase of James’ already successful and respected career.” McMurtry perfectly fits a label housing “artists who perform real music for real people.” After all, No Depression says of the literate songwriter’s most recent collection, Complicated Game: “Lyrically, the album is wise and adventurous, with McMurtry — who’s not prone to autobiographical tales — credibly inhabiting characters from all walks of life.” “[McMurtry] fuses wry, literate observations about the world with the snarl of barroom rock,” National Public Radio says. “The result is at times sardonic, subversive and funny, but often vulnerable and always poignant.”

Atlanta's Lindsay Jarman has announced an August 20 release for her debut LP The Gallery, and has shared the first single "Rue Collective" at Glide Magazine. The outlet praised the track as "a stirring whirl of throwback lounge-y jazz grooves and alt-folk soul...an imposing debut statement." 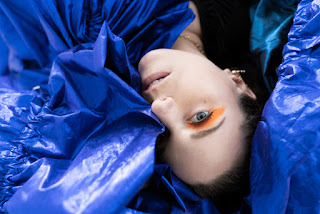 An acclamation of glowing piano, sparkling synths, spacious percussion and confident vocals. "Stand Up" premiered this week on BBC 6 Music as Lauren Laverne's While You Were Sleeping track is a powerful new direction from rising London-based talent Pollena with a message that demands attention.

“This year more than ever we’re ready for real change. Stand Up is about giving people the confidence that they need to make that change happen. Don’t just accept things as they are, don’t just go ‘back to normal'. It’s about expecting something better,” says Pollena

Pollena is a vocalist/songwriter who cut her teeth touring Europe in 2018/19 with neo-soul outfit Girlhood. Since lockdown she’s been writing and releasing experimental new solo tracks, collaborating with rising producers. 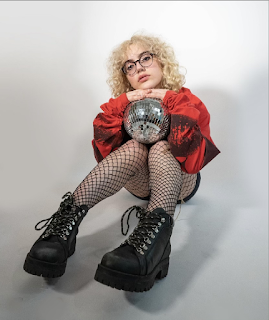 After revealing four alt-pop songs "Kissing Strangers", “Boy Of My Dreams”, “everything/nothing” and “Wine”, and with each release gaining new fans and praise, New York’s Simone is releasing her 6-track pure pop Love Lessons EP. Simone’s musically diverse songwriting styles from acoustic teary to pop bops. Even at the young age of 16, Simone writes with a very strong cinematic eye here, capturing the rough edges of modern relationships in vivid detail. Today, her Love Lessons EP is rounded out with “Girl Like Me” and “Who Do You Think You Are?”.

Simone says: “Every song on “Love Lessons” tells a story about a relationship that ultimately isn’t built to last. All six tracks are written from different perspectives about experiences with love and heartbreak. I wrote all of these songs by myself in my bedroom, touching on vulnerable and way too relatable emotions. I’m really proud of the versatility showcased in this project, from pop songs to rock songs to ballads.”

At 10 years old, her worldview opened up to become a performer when she sang 2 self-written songs at an open mic in Nashville, TN. Needless to say that from an early age, New York-based Simone has set her vision on sharing her love for music. “Kissing Strangers” arrangements are sonically rich to match, mixing radio-ready pop hooks with indie rock grit and singer/songwriter intimacy. “Kissing Strangers” is a buoyant, brilliant earworm exploring the rise and fall of young love in all its exhilarating, heartbreaking transience. About “Boy Of My Dreams”, she said: “it’s a song I wrote after ending a relationship that really damaged my perception of love.”