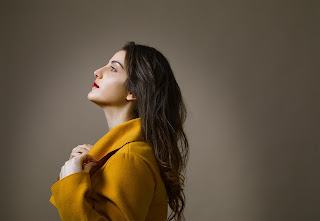 MARBL - Never Get Out.

When you break up with someone you love fully, you can't really let them go. Apparently, it happens, but there's always a room in your heart, one only you know, where your lover still lingers in. I remember the moment I realized that he might never get thin enough to leave through the door to his room in my heart, and how I wrote it down immediately.

This song was written not long after the latter single "It's Always Our O'clock Somewhere", and it goes together with its message, that I think a lot about lately - love is the energy of life, the answer to our constant questioning, the merging point between the random and the sacred, so when it's over, it can't really be over, it has to go somewhere.“ - MARBL

The video by Tomer Levi shows a dark cloud following MARBL everywhere as a metaphor of not being able of letting go but finally disappearing in the end.

MARBL, who also works as a vocal coach in Tel-Aviv, was able to generate a great media response worldwide with several singles and her last EP "The Flight of the Hawks". In addition to countless reviews, some of her songs have been included in editorial playlists by Amazon and Spotify. 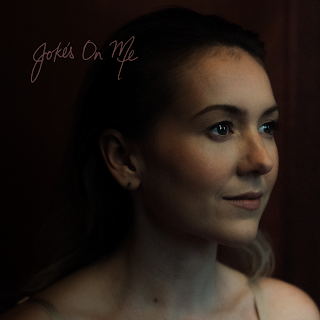 Alicia Toner - Joke's On Me.

Alicia Toner has been immersed in various forms of music since she was young. From performing with the New Brunswick Youth Orchestra at Carnegie Hall to spending over ten years performing in Dora Award winning productions by Soulpepper Theatre and Mirvish Productions, music has always been a part of the singer-songwriter's life. Blending modern folk with a pop/rock edge, her unique sound is complimented by her incredibly strong songwriting skills and powerfully emotive voice.

A song about denial, "Joke's On Me" was written in the basement of Alicia Toner's Toronto apartment, inspired by a relationship she felt trapped in but continuously decided to stay. Influenced by the musical stylings of one of her favourite artists, Brandi Carlile, the singer-songwriter wrote the deeply personal lyrics to highlight the internal conflict she was facing. With its gripping melody and rhythm, "Joke's On Me" is instantly captivating and takes the listener on a highly relatable journey. The genre defiant song aims to remind listeners that sometimes they need to seek assistance in order to do what is best for them. The song originally started out as a folky-train song, and was brought to life with the help of well known Canadian producers Stuart Cameron and Peter Fusco, who transformed it into the riveting tune it is today.

”Joke's On Me" is about the part of you that knows you need to get out and the other part that tells you everything is fine. If anybody is listening and is in a relatable experience, one of the biggest things I learned is that you can’t get out by yourself without help. - Alicia Toner. 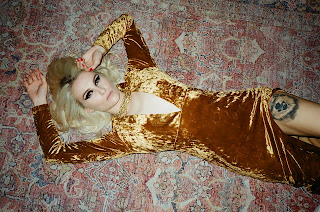 The new EP from Keegan Chambers will have you wondering why you haven't heard of her yet. Appropriately titled "Out of My Head", the record features four original songs which Keegan says she's glad to finally get out of her head and into the world wide web. The songs have been through various demo versions over the years but with a little help from Factor Canada's Artist Development grant, she and platinum award winning engineer and producer, Daniel Tsourounis, have been able to finish them - defining her sound as an artist in the process.

The first track, "Look What You've Done" comes in guns a blazing with powerful soaring melodies over infectious pop-rock instrumentals. Directly addressing her past abusers, Keegan describes the ensuing aftermath of their actions - namely navigating her all-encompassing rage and thirst for revenge. Echoing that sentiment is "Catcalling", another pop-rock anthem, featuring a seething guitar solo byJonny Nesta of the Juno-nominated band Skull Fist.

Her country roots start to show in "Devil's Kisses" which features slide guitar, harmonica, the banjo and a moody guitar solo by Spencer LeVon of Fatality and Brother Levon. It tells the age old tale of deal-making with the devil, playing a game that's been rigged from the start.

She closes the EP with "Love at First Sight", a ballad that was originally released on her acoustic EP in 2019. This rendition is laced with organs and string lines contributed by award winning composer, Asher Lenz. After getting you all riled up with the first few tracks, it's the perfect audible digestif. 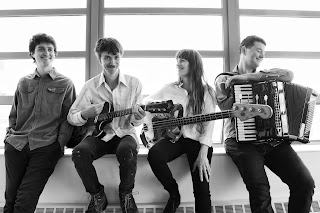 The Felice Brothers - Jazz on the Autobahn.

The Felice Brothers have announced their new album From Dreams To Dust will be released on September 17, 2021 via Yep Roc Records. They’ve also released the official video for "Jazz On The Autobahn," the second song to be released from the forthcoming album. The stop motion video was painted and constructed by Ian Felice and took over a month to complete. Ian Felice spoke with Consequence of Sound about the origins of the new song.

"This song is a story about two people on the run. They’ve left behind their entire lives in search of something but are haunted by a feeling of looming catastrophe. They are both using each other as a means of escape," explains Ian Felice.

The Felice Brothers have also announced a US tour to celebrate the release of the new album. The tour will kick off on September 16 at New York’s Bowery Ballroom and will make stops in Los Angeles, Chicago, Washington, D.C. and many more.

From Dreams To Dust sees the continuation of the new lineup of The Felice Brothers that debuted with Undress, consisting of Ian Felice, who shares songwriting and vocal duties in the band with his brother James Felice, bassist Jesske Hume (Conor Oberst, Jade Bird) and drummer Will Lawrence. The album was written and produced by The Felice Brothers, and features Bright Eyes’ Nathaniel Walcott on trumpet and Mike Mogis, who mixed the album, on pedal steel.