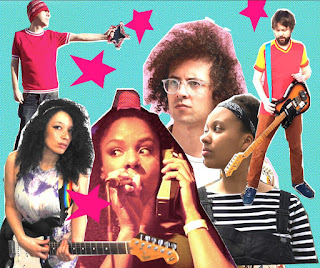 The Go! Team - A Bee Without Its Sting.

The Go! Team's new LP, Get Up Sequences Part One, is set to be released in a little under 3 weeks via Memphis Industries. The band have so far shared two singles from the record, "Cookie Scene," "World Remember Me Now" and "Pow," which have seen praise for their "ebullient, colorful energy" (Stereogum), and today the band are sharing a final single from the LP that may be the brightest of the bunch, a track called "A Bee Without Its Sting," that channels the bounce of the Jackson 5 while involving some interesting collaborators.

The lead vocals on the track are handled by Jessie Miller and Rian Woods, two teenagers from Detroit who The Go! Team's Ian Parton recruited through his relationship with the choir leader at The Detroit Academy for Arts and Sciences. Together with regular Go! Team Ninja and Niadzi Muzira, the pair (who also appear in the video) bring an infectious enthusiasm to a song that is as immediate an earworm as any in the Go! Team's catalog to date.

"When I was working on the last Go Team record 'Semicircle' I approached the choir leader of a Detroit school called the Detroit Academy for Arts and Sciences - Miss Kee and asked if any of her students were interested in singing on a Go! Team song," Parton explains. "So when it came to finding the singer for 'A Bee Without Its Sting' I thought again of Miss Kee and her students. One of the singers was a teenager called Jessie Miller whose voice was perfect for the song. She'd never been into a recording studio before, but her voice is so full of character." 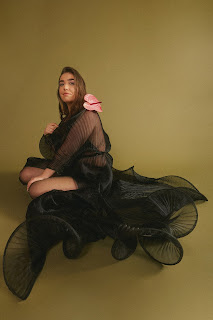 Montreal-based singer-songwriter, Meggie Lennon has just shared her new single, "Jardin". The new music follows on the heels of the Exclaim, Beats Per Minute and Secret Meeting-tipped "Night Shift" whilst marking the latest track to be lifted from her forthcoming debut album, Sounds From Your Lips, out July 9 via Mothland.

The debut album arrives produced by Samuel Gemme (Corridor, Anemone, The Brooks) and features the guitar-playing of Gabriel Lambert (also of Elephant Stone, The Besnard Lakes) as well as additional contributions from her longtime friend and collaborator, Jules Henry (Super Plage). Seamlessly fusing the worlds of late 60s and early 70s psychedelia as she subtly harnesses the energy of artists like The Byrds and Tyrannosaurus Rex (later T-Rex), with early 2010-era acts such as Melody’s Echo Chamber, MGMT, and Beach House, the album, described by Lennon as "make-out dream-pop," oozes this glowing sense of optimism.

Tracks on Sounds From Your Lips flow with a breezy, laidback energy, marrying warm percussion with finessed bass lines to summon these tar-thick, sultry grooves. This latest cut, "Jardin", marks a true cornerstone to the album's radiant psych-pop aesthetic with Meggie exploring some of her deepest fantasies via the sound of crystalline acoustic guitar and swooning melodies.

Speaking about "Jardin", Meggie says: "I randomly fell upon an article about fantasy-prone personality which is a trait in which a person lives in some sort of dreamlike state and experiences a deep involvement in fantasy. It made me think of my own relationship with my inner fantasies, this secret garden (Jardin in French) I have within myself where I can do anything. I believe everyone has this "Jardin" in them where they can escape reality and let their mind go wild and this is what this song is about." 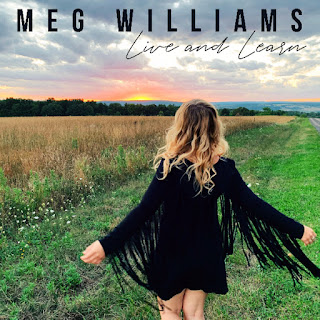 Meg was additionally selected as the house band director for the International Women in Blues Showcase during the IBC's. Meg recorded her 2019 full length album, ‘Take Me As I Am: The Muscle Shoals Sessions,’ at the legendary FAME Studios in Muscle Shoals (Nola Blue Records).

Meg’s album has since been played on Sirius XM’s Bluesville and radio stations world-wide. Meg is set to independently release her next full length album (roots-rock/Americana), recorded in Nashville, TN, titled 'Live and Learn' in 2021.