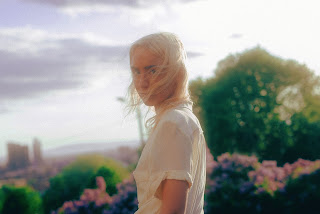 Norwegian alt-pop artist Helven has shared dreamy new single 'if i could be like you', the second to be taken from her debut EP volume 1, due out via Jansen Records on Jan 14th 2022. Helven, aka 21-year-old Jenny Bakke, fuses together honest, true and contemporary lyrics with inspiration from pop music of the past, capturing the experience of life as a 21-year-old woman in the 2020’s.

Inspired by the many lessons her brother, who has autism and Landau-Kleffner Syndrome, has taught her, Helven is on a mission to wear her heart on her sleeve. Each of the five tracks that make up volume 1 focuses on a different emotion that she has struggled to express in the past: envy, care, love, sadness and frustration.

Last month Helven shared debut single ‘u my homie’. Delivering her signature smoky vocals atop laidback trip-hop beats, the lyrics were pulled from text messages and notes Helven wrote whilst helping her childhood friend through a tough time. Today, she shares new single 'if i could be like you', a track that deals with the secretive and painful feeling of envy. “You know that I would do anything to be like you” she sings, atop gentle guitar strums and hazy synths. “I have always tried to love myself, at least most of the time. But occasionally I’m haunted by jealousy” she says. “For a time I felt like I would do anything to be like someone else, to have lived another life and even to die like someone else. But now I'm glad I chose to be me.”

Attaching a particular feeling to the autobiographical stories she tells in her music has helped her find a true sense of self. Her message to her generation is simple. “In order to survive in this increasingly chaotic world, we need to listen to our feelings more, and express them proudly”. 'if i could be like you' is out now via Jansen Records and available to stream and download via all of the usual channels, volume 1 will follow on January 14th.
Jansen Records · 9AM RECORDS: Helven - if i could be like u

Presentation by the band: The Unite The States Project is a newly formed concept formed by New Jersey rock musicians and featuring Ram Jam's Myke Scavone who have decided to write and release a 5 songs EP to protest what is happening in the United States and all over the globe.

“The "Unite The States Project" is a concept from four New Jersey musicians who come from an original recording band with Full Lengths and EPs released in the US and Europe, but who decided to use an alias on this project as to not offend any fans. Even though the band is split between leaning left and right in the political arena they all agreed that the current state of things are corrupt and needed to be addressed. They decided to write and release a 5 songs EP to protest what is happening in the United States (and all over the globe).

The so called "woke" mentality and the Governments’ links to the so called Big Business/Big Tech/Big Pharma lobbies to the disadvantage of common people. The Unite The States Project first single/video "Battle Stations" depicts a bit of it all in a pop rock kind of vibe. Lyrically the song covers everything from woke mentality to the fake/propagandized media to expose the general state of corruption.

The overall goal of the Unite The States Project is to show - no matter where you stand politicly - that we can still come together for a united cause and that it’s time for the people to take notice of what is happening in our countries before we end up in a Marxist world, which has been tried before and didnt turn out so well.” 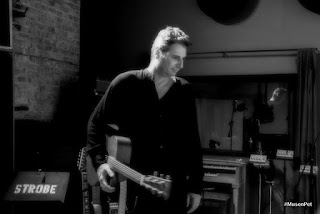 Peter Joly - Easy Has Never Been The Way (Album).

'Easy Has Never Been The Way' is the much welcomed new Peter Joly album release, where once again we have a continued demonstration of masterful songwriting that will hit you where it matters - right in the soul.

Peter tell us "I couldn't be more proud of this record; produced by Chicago's own uber talented Jon Williams and chock full of notable Chicago players whom I've recorded and performed live with spanning these two most recent projects." 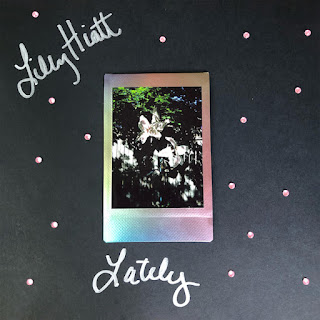 Lilly Hiatt returns with Lately via New West Records. The 10-song set was co-produced by Lilly and her drummer Kate Haldrup at Death Ladder in East Nashville, TN. Lately is the follow up to Hiatt’s highly praised Walking Proof, which was among the first records released to feel the full wrath of the soon-to-be raging pandemic that would bring the world to its knees. Despite the timing of its release, the long player was named a “Best Album of the Year” by Rolling Stone, No Depression, Magnet Magazine, and more.

Met with critical acclaim, Slant Magazine said in their 4 out of 5 star review, “Lilly Hiatt’s Lately is the artist’s most daring, experimental album to date,” while American Songwriter said “It marks a certain maturity that underscores Hiatt’s authenticity as both an artist and individual, and the strength she possesses when it comes to propelling that presence forward. Ultimately, Lately becomes a timely testimonial to all she’s achieved thus far.” Holler said “...she’s forged her own distinct fusion of country balladry, confessional indie pop and classic rock” while Glide Magazine said “...if there is any justice in the world, Lately will find the audience it truly deserves.”

As each day passed following the release of Walking Proof, more events were postponed, moved, and ultimately canceled. The sudden stillness forced Lilly to take a long, deep look inside and despite having a new album just released, she went back to doing what she does best: she picked up the guitar and started to write. What could have been devastating ended up being therapeutic, and Lilly learned how to find fulfillment in quieter places versus the adrenalized life she was used to. 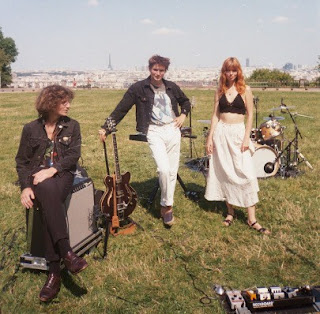 Oracle Sisters - Take the Lead (Live with the Elmire Quartet).

Parisian trio Oracle Sisters have just shared ‘Midnight Afternoon - Live at La Ferme with the Elmire Quartet’, a stunning three track EP of completely new material, recorded at their now iconic studio in the south of France. This is closely followed by the band setting off on an 18-date tour across the UK & EU where they will preview never-before-heard material from their highly anticipated debut album, to be announced soon, and which the band first spoke about with V Magazine.

Undisputed riders of the heart Oracle Sisters have partnered with friends The Elmire Quartet for an EP that pairs the band's trademark romanticism with understated, timeless string arrangements. Midnight Afternoon opens with "Take the Lead", an invitation to waltz away the final minutes of dusky daylight. "Silk Sunset Streams" is a diary entry; a lonely serenade from the heartworn soul of a poet wandering through the longest of afternoons. The record closes with hazy, rose-tinted memories of friendship on the epistolary "Old Friend".

Oracle Sisters’ are modern musical revivalists, influenced by jazz, rock and roll and 100 years of bards and composers. Written across Europe and recorded in the south of France, this new EP “is an  intimate, live and arranged performance of our earliest songs, written from experience and some of the first we worked on arriving in Paris, taking about 3 years, while working on other stuff (Paris I, II and the upcoming  album), to get the recordings and arrangements perfect,” the band say.