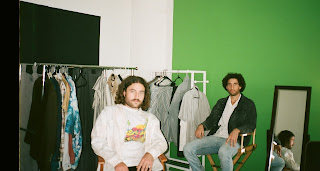 The Lagoons are the DIY musical project of Southern California-raised, jazz-trained, multi-instrumentalist brothers Ryan and Joey Selan. The duo writes, produces, and records their music out of their home studio. They released their debut album Midnight Afternoon in 2020, notching millions of streams alongside praise from fans and critics alike.

It came on the heels of years of tastemaker support that found them featured everywhere from Ones To Watch to Paste Magazine’s studio sessions, all the while topping 50 million streams on their breakout single “California.”

On the live circuit, The Lagoons have sold out multiple headline tours with stops everywhere from Los Angeles to New York, supported by a range of artists including Tim Atlas and Future Generations. With the recent release of “Snowy Mountain,” subsequent release of “Daybreak,” and plans for more singles throughout 2021, The Lagoons have a prolific year in store. 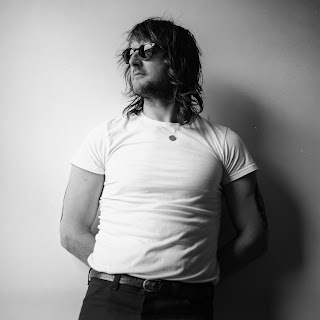 A Canadian-born singer/songwriter with laconic and cordial delivery, blends britpop vocals and Delta ruckus riffs with rusty Lo-Fi country. Klein's debut album Jesse's Hotel is picturesque and sensual that cuts to scenes of lust to dreams of dark romance. The songs are a well thought out lyrical moan that coax the listener from pain to madness, creating a channel between a dreamful whisper and a sinful confession.

The percussive guitar notes are a folky parallel to Klein’s haunting tenor voice laid out, looking down at underbelly of the America’s. He is reverberating a style lonely and clear, like the sadness of Morrison , ,jangle of Neil Young and the poise of Marc Bolan. With lead singles such as “Sunshine” (written for our next lover who died tragically) and “What’s my name”(questions himself inside a dream) his New sound calls across to the underground British scene back to California.

This album hides damaged personal conflict and darkness behind a thumping Western twang, transmitting a signal that will leave you blue. This self released album features avant-garde four time Juno winner, Warner music product, Dine Alone records and former guitarist of the Sheepdogs Leot Hanson, is proficient and dirty on lead guitar from track to track.

This self produced and co-produced album with Aspen Beveridge whom also is a product of Warner music drenched the tracks with his talent as a multi instrumentalist. The record was recorded on the prairies of Saskatchewan and mastered in Toronto by Harry Hess. 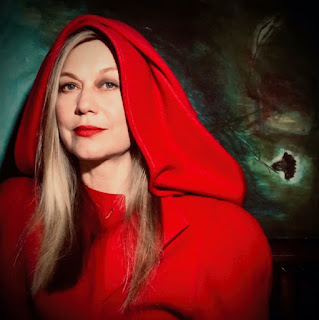 Scottish singer-songwriter Astrid Williamson announces details of her ninth album Into The Mountain – to be released on her newly re-launched label Incarnation Records - and shares the album’s first single 'In Gratitude'.

The stirring 'In Gratitude' was inspired by writings Williamson found in a folder intriguingly titled Into The Mountain, capturing moments from a year-long tour she undertook with Dead Can Dance in 2012-13. These, a mix of poetry, music, and journal, were developed on an acoustic piano across ten separate nights and form the forthcoming new record of-the-same-name.

As Williamson expands “My intention was to stay as close as possible to these initial sparks of inspiration rather than relying on already well-worn paths of development that I might have found more familiar or comfortable.”

First single 'In Gratitude' is described by Williamson as “part letter to a lost, or perhaps hoped for lover, part diary from the life of a touring artist.”  The song’s rich alt-folk soundscapes and the vivid emotional intelligence of both Williamson’s lyrics and emotional delivery offer an intensity befitting of the song’s themes of gratitude, desire, loss, reflection, and acceptance. It makes for a compelling and powerful listen and is indicative of the Into The Mountain record as a whole, which moves from the darkly confessional to the joyously beautiful to reflect Williamson’s own life experiences. 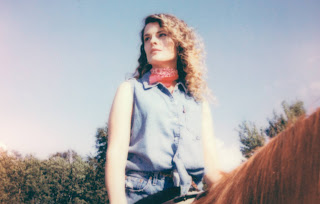 Tilde - Say That Our Love.

Swedish singer Tilde, born to a Swedish mother and British father, brings her own special blend of soul and contemporary pop that warms the heart and draws inspiration from iconic voices such as Donny Hathaway, Nina Simone, Amy Winehouse and many more.

Growing up in Gothenburg, the second largest city in Sweden, she began writing music at an early age. Attending different music schools and playing local venues with different bands as she went along. As one of Sweden's biggest musical scenes; Gothenburg, which has quite the history of producing big names (like José Gonsalez, Håkan Hellström and Laleh), offered quite a lot of opportunities for young artists to emerge and Tilde was no exception. Gathering a lot of attention and coming close to signing a deal with major labels.

However, just as things were looking bright she was diagnosed with a severe illness that ultimately put her promising career on hold. Fast forward a few years and some time spent abroad in Spain and South America recovering from her condition she arrived back in Sweden in 2017 to pick up right where she left off. The next year she recorded what would become her debut album.

The Album,“Nothing Gold Can Stay”, was released to great reviews with the largest newspaper on the west coast Göteborgs-Posten dubbing it “Timeless” and including the title track in the Top10 of their “Best of the decade – from Gothenburg” list. Since then, she has impressed audiences in her native Sweden and abroad with her captivating voice and compelling songwriting and is currently about to release her second offering following her debut called “Pink Moon” on November 19th.

Tilde · Say That Our Love