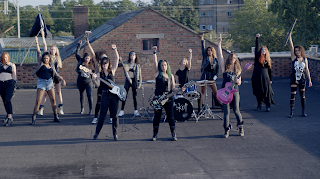 Meaning ‘courage’ or ‘spirit’, ANIMO and the accompanying music video were released yesterday and funded by Arts Council England. Dubbed by NYC Takeover as ‘the revolution waiting to erupt’ the latest Kut single is fierce; pepper sprayed with haunting melodies, driving beats and unapologetically packed with grrrl power.

Written in support of recent women’s rights demonstrations in the UK, the single is the first of a series of releases, leading up to The Kut second album, due June 2022. The forthcoming album features all seven members of her collective of women in music, with the ANIMO single featuring Diana Bartmann (drums), Jennifer Sanin (bass/vocals) and Alison Wood (guitar/bass) performing alongside The Kut.

The Kut’s debut album ‘Valley of Thorns’ was produced by James LeRock Loughrey (Skindred, White Zombie, Bjork) and spent two weeks in the UK Rock Albums Chart (No.7) and No. 18 in the Independent Albums Chart. The album was distributed via Cargo Records, who stay on as UK & Europe distributor.

Portland band Reptaliens announce its new LP Captured Tracks with the single & video "Like a Dog" The video is a homage to 90s tv tropes and public access television.

Reptaliens are ready to be direct. After exploring surreal realms of high-concept synth-pop across two acclaimed albums, the Portland, Oregon, duo found newfound clarity in a stark, grounded approach. That may seem unexpected for such a colorful act—known for heady lyrics about conspiracy theories and transhumanism—but Cole and Bambi Browning have streamlined to the lean, propulsive essentials on their self-produced new LP, Multiverse.

Shelving the dreamy synths altogether and working without their other bandmates due to lockdown, Reptaliens reset, picking up their guitars and emphasizing the catchy attack that’s been there all along. Drawing inspiration from the spontaneous energy of the ’90s alternative canon, the pair hit a surge in momentum after a casual-turned-revelatory listen to Jane’s Addiction’s 1990 classic “Been Caught Stealing.” Without even aiming to make a Reptaliens song, they wound up penning the set’s lead single “Like a Dog,” a sun-soaked groove-bomb that’s blissfully unencumbered by sonic baggage. “That really kicked it off,” Cole recalls. “It was so fast and easy and fun that we said, ‘Let’s do more like that.’”

Oregon natives Bambi and Cole started Reptaliens in the mid-2010s as a multi-faceted vehicle for their most adventurous urges. Across their first two Captured Tracks albums —FM-2030 (2017) and VALIS (2019)—they established themselves as dedicated dreamers and deep thinkers, filling their wooly, homespun synth-pop with meditations on outré science fiction and philosophy. With some help from friends, they’ve been able to tackle big questions and explore vast sound worlds. Tapping Julian Kowalski (guitar), Bryson Hansen (synth), and Tyler Vergian (drums) for their previous albums and shows, Reptaliens have bewitched crowds during extended national tours with STRFKR, Turnover, and Turnstile. 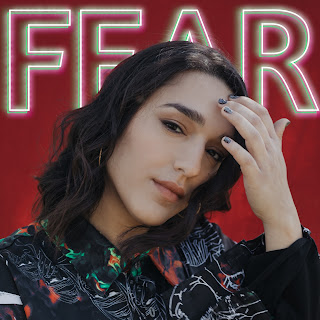 Roni tells us: "I have always had a complicated relationship with putting my own self care needs before others' expectations or demands of me. Suffering from writer's block last year, I found myself with a new focus to liberate myself from self-criticism."

"Fear" has a deliberate air of empowerment and was written from a place of happiness, breaking my cycle of only writing during low periods. Recording it at home allowed me to go in with greater freedom of mind in a more relaxed setting - free to create something I could dance to.

If I decide to try being healthy, it better be because of me.

This lyric signifies my understanding and constant striving to remember to be mindful of my own needs, so that the motivation for my self care stems from within myself. 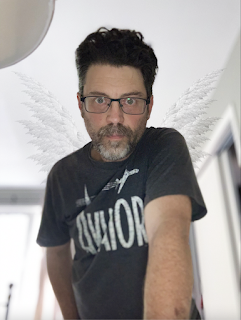 Melted Wings is the multi-genre musical project of Michael Wynn, guitarist and founding member of bands Trains of Winter and Vicky von Vicky, who were active in the Kingston and Toronto music scenes in the 90’s and early 2000s.

After several years of not making music, Melted Wings has had a prolific output of songs since 2017, releasing multiple singles and EPs, along with a new album set to come out in early 2022. It all began after playing a handful of songs for a friend of his late father’s in 2017, who encouraged and challenged Wynn to keep making new music. From this initial boost, Melted Wings was born, and the first EP, The Bane of My Existence, was completed and released.

Each album and EP has had broad musical and genre-twisting influences. From folk, country, rock, pop, funk, disco, and alternative, to new wave, electronic, and EDM. From Johnny Cash, Pixies, ABBA, and Grease, to Handsome Furs, Depeche Mode, and TRST. The songs have gravitated lyrically towards love, unrequited love, broken relationships, social issues, and the impact of human existence. Wynn tends to latch onto catchy and quirky phrases, such as “You are the fire that fuels the flames of all my fears,” in “Bane of My Existence,” or “Oh when you run don’t slip and fall, you’ll scrape your skin, bare bums and all,” from the streakers in “Rolling Night.”

Today LA-via-Toronto singer/songwriter Abby Sage shares her EP "Fears of Yours & Mine."

The 6-track collection is a weighty emotional journey inspired by the trajectory of a relationship from start to finish. Here, Abby plainly expresses her feelings and anxious state of mind, an inward exploration that ultimately leads to self-love and discovery. Created with the help of producer Jeff Hazin (glaive, renforshort, Anna Sofia), the EP emanates quiet confidence and pulls at the details.

"I called the project 'Fears of Yours & Mine' because the whole thing plays upon fears and moments of doubt that l held within a relationship and the path I was on as a whole," Abby shares of the record. "Fear kept me from continuing one journey but pushed me directly into another. Part of that was the creation of this project. 'When I Leave,' 'Fever Dream,' and 'Space for Me' all touch on various problems and doubts within the relationship whereas 'Wasting Away,' 'Smoke Break,' and 'Residing in the Sky' speak on the ending of it all and the ultimate rediscovery of self."

The EP's focus single"Fever Dream" is a moody affair that finds Abby reaching through hazy synths for reassurance in a relationship that's not there. It's a song that burns with hushed intensity as we see Abby peering into a situation where things aren't reciprocated. "Maybe I need you like you don't need me," she intones.

"'There’s a fire in your mind I can’t deny the way it burns me too.' This line is my favorite because it encapsulates the feeling of trying to fix someone knowing the damage it is ultimately causing yourself," Abby shares.