Julie Jurgens is a singer, songwriter, and multi-instrumentalist whose fearless, empathetic songs draw upon an upbringing in rural Illinois fraught with experiences of poverty, mental illness and domestic violence, sung from the perspective of a survivor and advocate who is mad as hell and determined to stand her ground. Her clear and honest vocals evoke Patty Griffin and Gillian Welch, and her unflinching lyrics recall Townes Van Zandt and Warren Zevon at their most incisive.

A born performer, Julie began putting on talent shows in her driveway for visitors to her family’s melon stand. By the time she was in kindergarten, her teachers noted her frequent absences – until they discovered her singing in the bathroom, enraptured by the favorable acoustics. In college, a breakup left her with no other option than to buy a guitar and sing out her heartbreak.

She began to hone her skills in Quad Cities coffeehouses like Theo's JavaClub, singing covers of Dylan, the Cure, and the Beatles (leaving all the pronouns intact because who needs the heteronormativity?), before steadily developing a repertoire of original compositions. Many of these early songs were collected on the LP A Small Affair, released in 2004 and recorded in a bedroom in Muscatine, IA in a single night fueled by a gifted bottle of Absolut Mandarin.

That year, having gone as far as she could in the QC music scene (and having fallen into a pattern of problematic drinking), Julie moved to Chicago. There, she found a community of like-minded artists at open mics at local watering holes such as Subterranean and the Gallery Cabaret, where she would eventually organize and emcee a series of multi-artist tribute nights. She has also lent her musical talent on guitar, banjo and pocket trumpet to such groups as ButterBean, Liz + the Baguettes, and the (now-defunct) Astrohillbillies. Her skills as a storyteller and raconteur have served her well on stage, and her banter game is second to none. 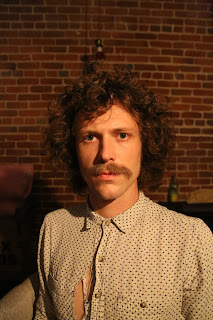 Buster Baer - In His Image.

'In His Image' is taken from Buster Baer's brand new E.P 'Mock Twang' that is released this week. We featured another song 'Get Deeper' a little while back & the track we have chosen this time, further demonstrates Buster's impressive & pleasingly diverse musical compositions and arrangements.His ability to switch between emotions and the juxtaposition of serous and funny are at the very least fascinating.

Jovial yet intense, Buster Baer represents the nexus between many paradoxes. His demeanor, performance antics, and musical style balance on the tensions between opposites, often collapsing into clownlike comedy amidst deep grooves.

The songwriter’s new EP release Mock Twang, is a collection of four tracks all performed and recorded himself in a warehouse surrounded by three junkyards in Downtown LA. The songs are smooth yet raw, tender and flippant, easy and also deep. 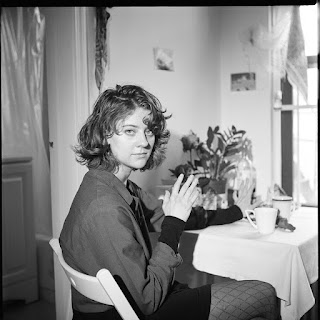 Allegra Krieger - Taking It In.

NY based singer-songwriter Allegra Krieger today announced her new album Precious Thing will be released March 4, 2022 via Northern Spy Records. On the wistful lead single/video “Taking It In,” Krieger grapples with losing something important to her after watching it fall apart, and she winds her soft vocals around a circular acoustic guitar melody. Strings swell as flashes of memories drift in and out, from laughing on a beach to driving in a fit of anger, yet Krieger’s voice remains comforting and ever so lovely.

In October 2020, Allegra drove across the country to record Precious Thing in Marin, CA with producer Luke Temple (Here We Go Magic, Art Feynman) and musicians Jeremy Harris, Kalia Vandever, Rob Taylor and Jacob Matheus who contributed organs, synths, bass and lap steel. Delightfully mellow but never bleak, Precious Thing is a soundtrack for the daily motions of our lives.

On Precious Thing, Allegra Kreiger tries to capture fleeting moments in a world that is sick from itself. With a voice that rings like a windchime signaling a storm coming, Allegra masterfully weaves together ephemeral moments as life barrels by her unforgivingly. From singing about sharing a gaze with a man on the train to Coney Island as the clock strikes 12 on New Years, to saying goodbye to a loved one, to processing the religious trauma of wine, Krieger portrays the particular pang of being a woman alive in a modern world.

At the heart of this album is a young, working woman asking “Do you see this right now? I can’t be the only one.” This is an album about looking, and Krieger fills up each lonely space she enters with her gaze. Krieger asks you to look, to really, really look, so that you can remember something, however small it is, when it’s all gone. 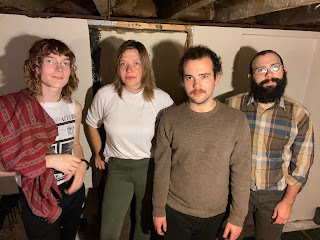 Tomato Flower Share "World To Come" Off Upcoming Debut EP 'Gold Arc', out 2/11/22 on Ramp Local. The lyrics in Tomato Flower's new single hint at nature's dominance, and hypothesizes humanities role within it. A poetic reflection on humanity's place in the world to come. "World To Come" is simultaneously an infectious psychedelic pop song and a dark glance at the future.

About Gold Arc: How might a Utopia exist? If the goal is social harmony amidst free-thinking citizens, where do the moral sets and ideals come from? It might include existing peacefully and respectfully with the natural world—agriculture and industry on an equal playing field. Maybe, an earthly utopia might not be what we expect. It might not be constant, and it might only exist in minute moments. For the Baltimore quartet Tomato Flower, utopia exists in the compromise between escapism and intellectual inquiry, between conceptual philosophy and pop-rock bliss.

Their debut EP Gold Arc finds Tomato Flower at multiple crossroads. Their sonic curiosity plays with tension between sweetness and a destructive heaviness. Conceptually, Gold Arc hungers for an alternate reality. Sometimes that is a “sustainable paradise,” as drummer Mike Alfieri puts it. Or, on “Lovers Arc,” it’s a desire to be loved constantly. “It's not that all these songs are straightforwardly positive, though,” explains Austyn Wohlers. “I think all of the songs are about longing for a different world and a different future. But, they take various shapes,” she says. “The song ‘Truth Lounge,’ for example, has a lot of pain and longing for a different world. ‘World to Come,’ has maybe a cultish edge to it.”