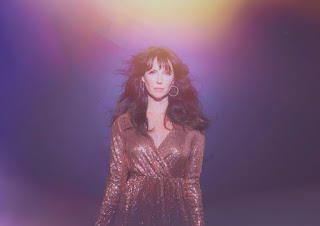 Ali Sperry - In Your Dreams.

Of "In Your Dreams," co-written with friend and fellow artist Carey Ott, Ali says: "As artists, one’s own authenticity and unique perspective is our greatest asset and in some ways, it feels like it’s all we really have. Our ability to look at something and respond as ourselves and reflect back in our own authentic way is crucial.

The goal is to create art that is un-self-conscious, that is our own truth, and not trying to be something we think might be trendy or popular or 'cool.' 'Don’t worry, don’t be sorry, say it' is the repeating mantra of this song and it is what I have endeavored to do throughout this record, and as I move forward through my life."

The album features collaborations with some of Nashville's finest: Allison Russell, Kyshona, Natalie Schlabs, Jill Andrews, and more. At a time of desperately missing making music in a room with other people, Ali and her husband, producer Jamie Dick, made a virtual room in which to gather friends to contribute their voices and ideas. When daily life was often feeling like Groundhog Day, working on this record gave Ali a creative purpose.

It's not a record about the pandemic, but it was very much informed by the stillness of life at that time. The concurrence between our new quieter, slower daily pace with the intense political atmosphere of 2021, including the racial reckoning that was taking place in our country and the echoes of the #metoo movement still active in the public discourse, spilled into a batch of beautifully executed, Laurel Canyon-esque songs about mortality, our place in the universe, how we treat one another and ourselves, and what we are passing along to the next generation. 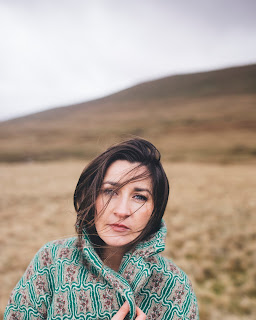 Alt-pop newcomer LUIANNA kicks off 2022 with the release of her celestial new single Lying To Me, released on 4th February 2022.

Taken from her upcoming debut EP Skiá, Lying To Me is a brooding slice of atmospheric electronica oozing with sonically dark twists and turns throughout. Written weeks before LUIANNA found out her partner was having an affair, the single has become a powerfully emotive and highly relatable premonition for what was to come.

LUIANNA elaborates, “the song told me it was happening. I didn’t know until I wrote it and when I went to see him, it all fell into place. I love how songwriting can do this, predict. I put this down to the subconscious knowing what you have not yet understood; being in a space writing freely channels into the subconscious.”

LUIANNA - aka Jasmine Luianna Emslie - was born in London, brought up in South Wales and has since spent the past fifteen years between Bristol and Berlin. Her upcoming EP was recorded in The Famous Gold Watch Studio in Berlin. With Skiá, LUIANNA hopes to captive listeners further with her unique blend of intimate electro-pop. 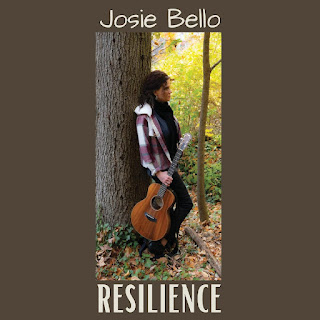 Resilience is Josie Bello’s third full-length studio album.  Resilience is a collection of nine tracks of new original material covering a multitude of subjects and moods —revealing a more introspective side to Josie’s lyrics.  The music is a mix of Americana styles encompassing Folk, Country and Rock. In addition to Josie’s lead vocals, accordion and keys, the players feature Mike Nugent on guitar, bass and dojo and Shawn Murray on drums. Jim Small’s emotive harmonica and Richie Guerrero and Sean Dolan on percussion add texture and depth to the sound on a number of the tracks.

Josie’s first two albums, Have Purpose Live Long (2020) and Can’t Go Home (2018), were met with positive reviews both in the U.S. and in Europe, and extensive radio play and chart placements. The album Have Purpose Live Long ranked #17 on the Folk Alliance International  Radio Chart (Aug 2020) while Josie ranked #24 on their Top Artist List that same month.  Josie was named on the Euro-Americana Radio Chart in the “ones to watch” category (Aug 2020) and her album Have Purpose Live Long continues to place on the RMR (Roots Music Report) Top 50 Folk Radio Chart over one year since it’s release— making it to the Top 5 Folk Album Chart 28 times!  Josie’s first album, Can’t Go Home,  placed on the “RMR Best of 2019 Charts”— #29 NYS RMR Album Chart,  #36 Roots Rock Album Chart and #68 Rock Chart. Her first album Can’t Go Home broke in to the top 200 on the Americana Music Radio Chart.

Josie’s music has been reviewed and written about in the following print and online publications: Americana Highways,  NYS Music, FATEA Records UK, Midwest Record, The Bandcamp Diaries, Americana UK, The Rocking Magpie, INK 19, Cheers To The Vikings, The Sound Cafe, Take Effect Reviews and Rootstime Belgium. Two of Josie’s tracks were picked up by Aldora Britain Records (ABR) for compilation albums: Not The America Of My Dreams on the ABR compilation album Remember (2020) and Happy Independence Day on the ABR compilation album Candy Cane (2021).  Both albums are available for sale on Bandcamp. 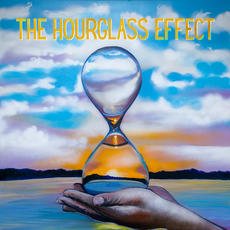 The Hourglass Effect - But Anyways.

“But Anyways” is self written by artist and songwriter Drew Brashear, produced by multi-instrumentalist Dave Hardman and vocalist Erin Fox-Clough. But Anyways is the outcome of a peak covid-time jam session in their efforts to stay creative and push through the negative situation worldwide, which was then arranged and turned into the first track of the self-titled album.

The Hourglass Effect came about from a serendipitous meeting in a parking lot.

Spotting flame-haired singer Erin clutching a guitar heading to a recording studio, songwriter Drew struck up conversation. It just so happened that Dave was her music teacher at the studio, and together, the three bonded over their shared vision for Drew’s songs.

As soon as Drew heard Erin sing, he began to write with her passionate, arresting voice in mind.