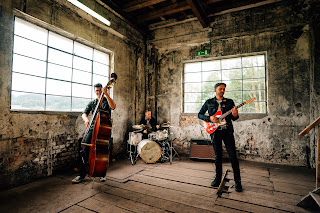 The Selenites - I Won't Go.

Blinded by love, people make mistakes that are difficult to explain logically, however our passion and devotion to things we love is what makes us human. Occasionally it’s good to forget about our very rational mind. For that reason The Selelnites created their latest single  “I Won`t Go" as a hymn of praise to the gut feeling and matters of the heart.

"The Selenites" - Sebastian Pichler (vocals, guitar), Thomas Berndl (drums) and Paul Hangler (backing vocals, upright bass) - are a three headed Rock'n'Roll band from Austria, who are dedicated to infect the world with their unique style of Rock'n'Roll. They play and interpret Rock'n'Roll as well as the different genres of Rockabilly (50s, 60s, Neo) in their own and new way, mixing it with elements of Surf and even Garage.

After their founding in 2018 the band already released their first album „Moon Madness“ in August 2020 and are now back with new material. From guitar, upright bass, drums and an inimitable voice they created a mix that catches you and is second to none in the Rock'n'Roll world. Just like their former album the new song was created on an authentic live recording in the studio, an analog mix and was refined with a tape master - well just like back in the old days. 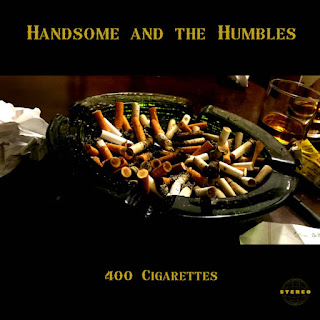 In his day job, the gig that pays the bills until his band — Handsome and the Humbles — gets the recognition (and the payday) it so richly deserves, Josh Smith spends his days listening.

He’s a physical therapist assistant, and that merry twinkle in his eyes and ever-present smile puts his patients at ease. As he encourages them and puts them through the routines that bring their frail and wounded bodies back to health, they open up to the East Tennessee boy, and in turn, he gives them his mind and his imagination as well as his hands.

“It gets you thinking about things,” he says. “Hearing about people who have been through a lot more than I have makes me think, ‘How would I handle that? Am I as good as this person?’ I’m a lucky guy — I’ve got a great family and great friends, and I wonder sometimes what my life would be if I had to go through what they have.” 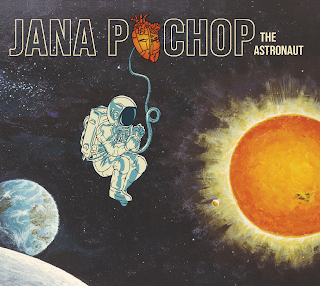 "Since I have been a full-on freelancer for over a decade, I think I have reached a point of success in that I get to dictate my days and no two days are alike." says Jana Pochop, a self-proclaimed nerd with a penchant for pop songs, wandering and slow drip coffee. Joining the ranks of fellow do-it-yourself Texan Troubadours such as Susan Gibson, Jeff Plankenhorn and Terri Hendrix, Jana has long since mastered the art of creating your own destiny and teaching other songwriters the importance of the pivot. Case in point, the completion of her newest record, 'The Astronaut', during a worldwide pandemic that sent us all to our knees.

A project born in 2019, shelved due to the hectic (pre-covid) life of a traveling musician, waiting to truly start then finish the album turned out to be serendipitous. As the world shut down, the creators opened up - both indelible acts of survival. New ways to collaborate were placed on the proverbial table and Jana, along with Producer Daniel Barrett, took this opportunity, masked up and ran - straight to Congress House Studio in Austin. With Mark Hallman now on board to engineer the rolling process, Pochop recorded her vocals and guitar parts in just two days, which speaks to the creative, resilient force that she aims to keep well-fed.

Jana hails from the culturally rich Albuquerque, NM, where she earned a degree in History from the University of New Mexico, all the while cutting her teeth at coffee shops, street corners, and folk festivals. She says it was at the University where she learned how to learn…a skill that she uses constantly while maneuvering the ever-changing music business. Jana honed her performance chops at gigging and opening slots, and in 2006, moved to Austin to close the gap in her pursuit of a career in music. Jana immersed herself in the Texas music scene, playing clubs, house concerts, and anywhere that would have her. In 2019, the opportunity to have a residency at the legendary Threadgill's presented itself, and Jana shared the stage with a new guest each Wednesday for her Midweek Modern Troubadours Series. She also joined Kiya Heartwood’s band on electric guitar and toured Ireland, the U.K., playing Fringe Festivals in Edinburgh and The Isle of Wight.
Jana Pochop · The Astronaut - Jana Pochop 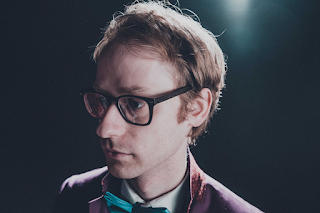 Niagara Moon debut single is "Bad Vibes".  The track is "a parody of paranoia. A satire of superstition. “Bad Vibes” explores how fear can lead to consuming misinformation. Current events being what they are, there’s a lot to get spooked over. And certain circles of the internet can make things feel even worse…" confides Niagara Moon.

Currently based in Massachusetts USA, Niagara Moon formed during a three-year period of living and studying in Kyoto, Japan. The name itself inspired by a 70's Japanese pop artist, the NM ethos is that of finding calm, balance, and room for self-expression in a world of close-mindedness, over-activity and malaise. A whimsical forest to escape to in solitude, and let the mind wander to new and exciting places.

In the past few years of accruing a modest following through online videos, a weekly Niagara Moon Podcast (featuring many guest artists), and livestreams, I've been able to holistically develop my branding, look, and fan avatar to better reach the most engaged audience - writers, vinyl collectors/Beatles and ELO diehards, art & film school students, etc.

More on the upcoming new album Good Dreams: While the world fell into discord and confusion, Niagara Moon calmly and comfortably sussed out the situation from afar - injecting his wry observations into songs that assure the listener "the world may not be ok, but you can be." 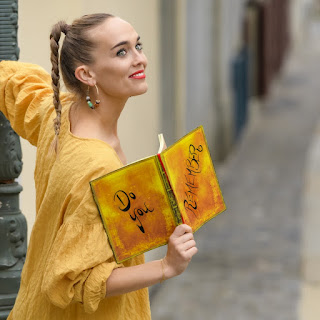 Debora Rusch - Do You Remember.

With her last single 'Grey' Debora Rusch has already achieved a lot and landed in the playlists of numerous radios all over Europe.

Now the Jonerin releases her originally planned summer song in the middle of winter! Why actually? Where subdued mood, cold and colorlessness prevail, music should cheer up. Where there are fewer adventures and opportunities to experience, is to be smoldered in memories.

On February 04, 2022, her second single «Do You Remember» brings warmth straight home. From gray to colorful, from melancholy to the most inspiring times. Let's dive into poppy soul feeling with cheeky reggea flavor and let ourselves be carried away by the supporting trumpet sounds. Get out of the daily grind and dive into your own stories.

Recognize that every moment we experience in the now is already given in the next second of the past. ...So we better consciously make it a precious memory....