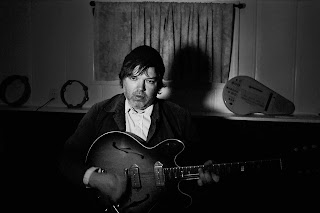 "Palm Sunday" is a dreamy, romantic indie rock track that feels like it could have come out any time since the first post-punk era, but is singularly Papercuts. The track contains blissfully dreamy guitars and a floating chorus. Papercuts primary member Jason Quever says of the song; “it’s about lost love and unfulfilled potential. It’s about someone you never quite forgot about, but left you feeling epically let down and full of longing.”

Jason Quever has been releasing timeless guitar-based dream pop as Papercuts since 2004, impervious to trends or micro genres that have come and gone around him. In that regard, his contemporaries are artists like Hiss Golden Messenger, Fruit Bats, Andy Shauf or Kings of Convenience – artists who are more concerned with song craft and perfecting their sound, and less concerned with gimmicks or fitting into a specific scene. Past Life Regression is his new album and it’s a journey into the dreamier reaches of psychedelic folk-pop that digs deep into influences as wide-ranging as The West Coast Pop Art Experimental Band, Spiritualized, Echo & The Bunnymen, Leonard Cohen and late 60s pop of various flavors.

Crafted shortly after Jason’s relocation back to the San Francisco Bay Area after several years in LA, the new album revels in the tensions between the pleasures of homecoming and the collective miseries of the pandemic and our current political upheaval. The return home and the enforced isolation of lockdown lend the album a mood of contemplation and immersion in memory. The results are beguiling, from the lush sunshine pop harmonies of first single “I Want My Jacket Back” to the trippy farfisa-driven space-pop of “Lodger” to the gorgeous, Bunnymen-tinged “Palm Sunday.”

As always, Jason’s songcraft, arranging and production are immaculate, (Quever has been tapped to work with dream pop luminaries Dean Wareham and Beach House as of late) as evidenced by the elegant chamber-pop of “My Sympathies” and the epic flow of “The Strange Boys,” “Hypnotist” and “Remarry” in the album’s warbly second half. The mood of longing and recollection is a perfect match for the album’s dreamy textures and for the unusual times we’re living through. It’s a true testament to the resilience of the Papercuts project that after several acclaimed albums, Jason still has much that’s new to say, and is continually finding new ways to say it. 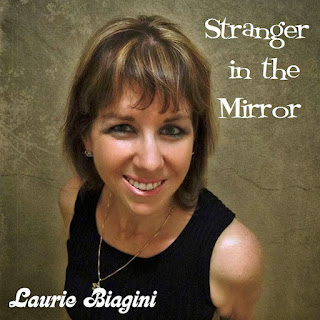 Laurie Biagini (Bee-Ah-Genie) is a songwriter-singer from Vancouver, British Columbia Canada, whose music would appeal to fans of 1960’s California sunshine pop.  Her sound and compositions have been compared to The Beach Boys, The Mamas and the Papas, Carol King, The Carpenters, and Jackie DeShannon.   Her main influences include these artists along with The Beatles, The Byrds, The Monkees, The Turtles, and Jan & Dean.

Laurie has played piano by ear since age five, alongside ten years of classical piano training. She only started writing music in August 2006, after writing her first song which came to her with music and lyrics simultaneously one afternoon as she was commuting home from work. Since then, she has completed and released four albums: “Ridin’ the Wave” (November 2008) “A Far-Out Place” (March 2010)  “A Go-Go Girl in a Modern World” (November 2011) "Sanctuary of Sound" (May 8, 2013).

Almost all of Laurie’s songs have been written, composed, performed and recorded by herself, with the exception of a few songs from her third and fourth albums which featured guest vocals, guitar tracks and lyrics. Laurie is currently in production of her fifth album "Stranger In The Mirror." 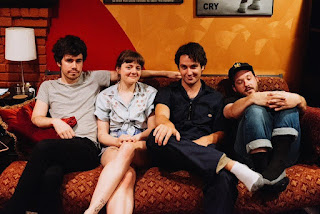 Minneapolis-based quartet, Palm Friends are today sharing "Light Pink", the final advance single to be lifted from their forthcoming EP, The Delivery which is set for release this Thursday, March 24 via Forged Artifacts. The group has found support for this EP so far from the likes of Under The Radar, FLOOD, The Alternative, Mindies, Here Comes The Flood and more. The new EP, mixed and mastered by Ben Etter (Deerhunter, Cate Le Bon) follows the band's 2019 debut EP, Nice Weather.

Palm Friends first came together as a means of healing. After his brother passed away, guitarist and singer Jesse Pedersen moved from New York back home to Minnesota to be with his family. As part of the grieving process, he called up some of his high school friends and asked if they wanted to start a band. With Jon Lindquist on drums, Will Burnton on bass and Jesse on guitar and vocals, the band quickly recorded their debut EP. The result was an ebullient indie rock six-song burst, the sound of a band in its early stages having a blast together. Soon after, Shawnna Stennes joined, and the final Palm Friends lineup was solidified.

New single and EP-standout, "Light Pink" is a wistful remembrance of falling in love with someone so slowly and easily that you don’t realize how deeply you’ve fallen till you look up. Over raindrop-like guitars and swirling piano by Pat Horigan, Shawnna sings, “Warm me up like butter in a pan on low heat/Hardly noticed now I’m in deep.”