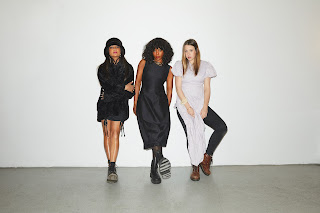 Say She She - Blow My Mind.

Say She She have released their fiery and seductive sophomore single “Blow My Mind.” The song follows their recently released debut single and video “Forget Me Not” – both tracks have earned early support from KCRW’s Morning Becomes Eclectic. The band has also announced their debut 45 Forget Me Not b/w Blow My Mind, which will be released May 20th, 2022 via Colemine/Karma Chief Records.

A song about returning to reignite the fire of a former flame you still carry the torch for – even  after all these years. “‘Blow My Mind’ is about a love that you can’t seem to get rid of and you can’t quite get enough of,” explains Say She She member Nya Gazelle Brown. The impassioned and sultry cries “Mayday in my heyday, crying out for you to save me!” teeter between youthful yearning and blazing independence. Let the dreamscape bridges guide you to climactic hindi riffs, accented with operatic cries that will lift you yonder.

Named as a silent nod to Nile Rodgers (C’est chi-chi!: It's Chic!”) - Say She She, an all female discodelic soul band will transport you with their dreamy harmonies, catchy hooks and up tempo grooves. The band's sound is a hat tip to late 70’s girl groups with the three strong female lead voices of Piya Malik (featured in El Michels Affair, and backing singer for Chicano Batman), Nya Gazelle Brown, and Sabrina Cunningham - whose vocals soar through a set doused heavily with funky bass lines, rhythmic wah guitar, melodic synths and lilting bansuri flute lines, bursting into a seamless blend of dreamy harmonies and catchy hooks. A multicultural, multi-instrumental, collaborative melting pot, pulling sounds and styles from all corners of their record collections.

The Brooklyn-based three part harmony girl group have been making their way steadily through the New York City scene for a couple of years now. Backed by a roaring roster of some of NYC's finest musicians (former Antibalas, Charles Bradley, Dap-Kings and Sharon Jones, The Shacks, The Frightnrs, Twin Shadow, Combo Lulo, Hypnotic Brass Ensemble, Lee Scratch Perry). As Say She She, they have appeared in Brooklyn Paper and Bushwick Daily. Separately, the members of the band have been covered in: The Rolling Stone, The New Yorker, Billboard, Pitchfork, NPR, Pop Matters, Paste Magazine, Brooklyn Vegan, American Songwriter, have toured extensively with Chicano Batman as backing singers doing everything from Coachella to Tiny Desk, and performed at Gilles Peterson WorldWide Awards in London. Collectively, their songs have garnered over 8.8 million streams. 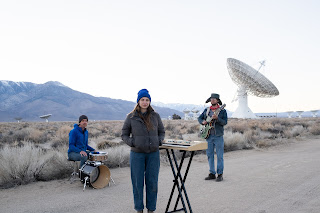 California-based trio Heavy Gus released a new song “Dinner for Breakfast” alongside a fever-dream music video. With The Lumineers’ Stelth Ulvang and Blind Pilot’s Ryan Dobrowski, the track was engineered and mixed by Parker Cason (Margo Price, All Them Witches, Coin) and mastered by Pete Lyman (Chris Stapleton, Jason Isbell, Brandi Carlile). The accompanying music video, directed by maven Ben Fee (Band of Horses, The War on Drugs, Modest Mouse), shows singer Dorota Szuta navigating a whimsical dreamscape. In the upside down world of “Dinner for Breakfast,” she sings from a table set for one inside a shoulder-deep river and she traverses a long desert road on a skateboard pulled by mules and bicycles. The track is off their forthcoming debut album Notions, which is out later this year via BMG.

“’Dinner for Breakfast’ is a long-distance love song,” explains Heavy Gus singer Szuta. “It's about how lonely that can be at times, especially living in a small desert town, and the things we do to take care of ourselves, or at the least, distract ourselves from the disconnect.”

Heavy Gus formed in 2020 in the high desert of Bishop, California. Songwriting couple Szuta and Ulvang began writing together and teamed up with drummer Dobrowski as the songs took shape. The trio drove cross-country to record at one of Nashville’s oldest studios, Creative Workshop, working with Cason on the songs that would become their debut album, Notions. The yet-to-be-announced debut showcases Heavy Gus’ vulnerable yet captivating song writing, shining with spaciously vibey rock accompaniment. Reminiscent of L.A. bands like The Breeders and Acetone, Dobrowski’s tasteful drumming paired with Ulvang’s instrumental landscaping provide a familiar cushion for Dorota’s lush guitar tones and frank lyrics and vocals. 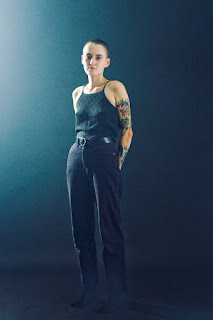 Sister Ray, the project of Edmonton-born songwriter, Ella Coyes (they/she) is today sharing their new single, "Reputations" which follows on from recent tips from Paste Magazine, Exclaim and more for earlier singles, "Visions"  and "Crucified". The new track comes as the latest to be taken from Sister Ray's forthcoming debut album, Communion which is set for release on May 13 via Royal Mountain Records (Alvvays, Wild Pink, U.S. Girls). They will support Communion with a full run of North American dates (TBC shortly), these come off the back of a recent slot at SXSW and previous shows opening for Julien Baker and Mount Eerie.

Communion is a raw, meticulously-crafted portrait of momentous, ordinary moments; experiences that define your past and instruct how you move through the world. It’s also a break-up album invested in exploring the motivations behind actions, rather than attempting moral judgment. It’s about “shitty shit” says Coyes. Backed by Ginla, the Brooklyn-based duo behind early Big Thief's Adrianne Lenker and Lorely Rodriguez (Empress Of), Communion is anchored by guitar melodies that bear an undercurrent of turmoil and echoes with the wisdom of hard-won lessons.

The new single signposts another crucial part of the forthcoming debut album documenting a true coming-of-age tale when Coyes packed up and traveled the length of Canada. Speaking about the track, they say: "I wrote this song to make myself feel better about breaking up with my partner and moving across the country. It felt so joyous to me when I was writing it, to say some of the things out loud that I had been tentative about for so long. It’s one of the most “produced” songs on the record, and we leaned into it. This was my little anthem and I wanted to hear some of that in the production."