Bringing together members of two prominent Norwegian acts, The Northern Belle and Louien, folky Americana quartet Silver Lining has sometimes been dubbed a supergroup in their native country. Moving on from the sound of their mostly acoustic debut, the band introduces a broader Americana sound on their sophomore album, Go Out Nowhere. With a widescreen, heartland sound, and a groovy backbone, reminiscent of Aaron Lee Tasjan, Erin Rae, or The Band.

Consisting of four instrumentalists, three of them also singer-songwriters, Silver Lining debuted with the low-key and mellow Heart and Mind Alike in 2018. The album was well received in the band’s home country, and reached a much wider audience, thanks to several “streaming hits” reaching millions of plays.

A telling illustration of the thriving Norwegian Americana scene is the musicians’ willingness to collaborate – on stage, on each other’s records, and in new constellations. One early example is the birth of Silver Lining. Bringing together members of then-emerging The Northern Belle, and the now-defunct Rattlers, the musicians came together for a Gillian Welch tribute show in 2015. They quickly discovered that this project had potential outside of playing cover songs, and quickly started rehearsing and writing. 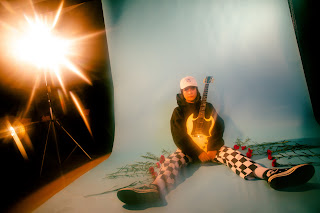 After releasing Yawners’ debut album in 2019, Elena Nieto found herself at the end of a whirlwind year. Her debut LP Just Calm Down showcased the Madrid musician’s love for huge, hooky alternative rock moments chased with the hummable accessibility of power pop. It was a combination destined to set the international stage ablaze. After gracing stages at SXSW in the U.S. and Eurosonic in the Netherlands, the pandemic caused Nieto to reflect on the present moment through the lessons of the past. The exciting songwriter returns in 2022, newly signed to Big Scary Monsters (UK), she releases a brand-new album on May 6th, Duplo, and shares a blistering new track and video, ‘Rivers Cuomo’, taken from the album. The Weezer man himself said “this is a really pretty song” upon hearing it.

“I usually write very literal songs, I don't usually use metaphors or anything like that, and this is the perfect example” says Elena, talking about the track. She expands; “The song is about writer's block; it's about trying to write a song and not coming up with anything good.” Although Yawners remains a solo project, the track bursts with the muscle of an entire backing band, the perfect vehicle for the songwriter’s fully formed ideas and soaring punk influenced melodies.

Elena tried a trick to overcome her writer’s block, that she learnt from Cuomo when writing the album. “I really like Weezer and Rivers Cuomo has always made me curious. When I was in the process of composing the album, I read an interview in a Chilean newspaper in which he revealed a trick he has developed to write songs. He has an Excel file in which he writes phrases, chord progressions, and more, and creates songs with a formula that puts together the bits and pieces that match. I thought this was really cool and I wrote the chorus of my song about this. On a melodic level I am very proud of the guitar solo in this song. Guitar solos are something that seem not to be trendy anymore, but the reality is that when a well-done solo appears in a song it’s very hard not to enjoy it haha.”

The Slocan Ramblers - A Mind With A Heart of Its Own.

A new single dropped today from Toronto bluegrass band The Slocan Ramblers. It's a fire-breathing cover of Tom Petty's "A Mind With a Heart of Its Own."

Bluegrass music is nothing short of catharsis for The Slocan Ramblers. On their new album Up the Hill and Through the Fog (coming June 10, 2022), the all-star Canadian roots ensemble channels the past two years of loss into a surprisingly joyous collection of twelve songs intended to uplift and help make sense of the world. Though the past few years have brought the group accolades–their 2019 album was nominated for a Juno Award and the band earned the Momentum Band of the Year Award from the International Bluegrass Music Association in 2020–that same momentum was abruptly halted by the pandemic’s brutal impact on live music.

Over the next year, bandmates Adrian Gross and Darryl Poulsen both lost close family members and their bassist decided to step back to spend more time at home. They channeled these tumultuous changes into some of their most honest and direct compositions yet. Up the Hill and Through the Fog showcases the breadth of their varied influences while staying true to their roots in the rough and tumble bluegrass scene of Toronto’s no-nonsense bars and dancehalls. From Frank Evans’ classic, dusty vocals, to John Hartford-inspired lyrical musings, it’s all buttressed by impeccable musicianship, and emotionally raw songwriting from the three core members. This is roots music without pretension, art powerful enough to cut through the fog of the past two years and chart a more hopeful course forward.