The first single, “The Chain,” was written with her friend and fellow Colorado songwriter Megan Burtt in her kitchen. “The Chain” is about feeling like we are never enough in the eyes of another, that no matter what we do or try to prove, their view of us remains unchanged. It’s a song of realization, of recognition and, ultimately, of letting go.

“You can’t quite believe how lucky you are to write a healing song with a friend in your kitchen and then get to witness the magic of it becoming something real and tangible and beyond what you could have imagined in the studio,” says Carey. 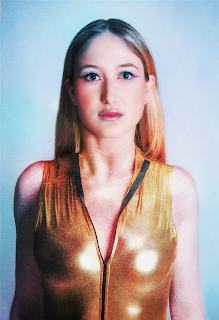 “Retrograde” arrives on the heels of Annabel’s debut album, Loose Ends, which was released in late 2021. In contrast to the softer ballads that featured prominently on the album, Annabel's newest single taps into a more maximalist pop-rock sound. Filled with driving drums, anthemic production and deliciously infectious pop hooks, "Retrograde" represents the beginning of a fresh chapter for this rising artist.

Expanding on what inspired the track, she says: “I noticed a shared sentiment amongst my friends, family, and me in the wake of the pandemic — a feeling of stagnation in our respective ambitions and pursuits, or worse, a sense of retrogression. Upon having an insightful conversation with my mom, who seems to have a blueprint of life's greatest lessons, I came to the understanding that no one is ever stagnant. We are always learning, growing, and moving forward as a result... In other words, we are ‘never in retrograde.'"

Annabel Gutherz is a singer-songwriter hailing from Montreal, Canada. Combining her compelling and diaristic storytelling with honeyed melodies, distinct vocals and her keen musical ear, Annabel’s songs take listeners on a heartfelt journey packed with raw honesty and emotional conviction. Fiercely committed to her craft, Annabel graduated from Berklee College of Music with a Bachelor’s degree in Interdisciplinary Music Studies and is now completing her Master’s of Arts degree in Songwriting at Berklee as well.

Annabel ended last year with the release of her debut album, Loose Ends, a stylistically eclectic yet entirely authentic record that cathartically encapsulates life’s unfinished moments. The album was co-produced by Dominique Messier, a long time band member for Céline Dion and owner of Studio Piccolo in Montreal, Canada.

Swedish Americana singer Jesper Lindell’s second album, Twilights (coming March 18, 2022), is a creative tour de force, a compelling mix of blue-eyed soul and down-to-earth classic rock, a timeless sound coming anew from Scandinavia. During two years of setbacks – weathering label issues, a pandemic, cancelled tours, and a kidney disease to boot – Jesper and his band had little else to do but write and record music.

The result is a remarkable new album recorded in their own studio in Brunnsvik, outside of Ludvika, Sweden. The record is produced by Lindell and Björn Pettersson, but is at its core a collaborative effort from the heart and soul of the whole band. This was fundamental to the recording sessions from the get-go – to encourage ideas and influences from all six members of the band.

As the cherry on top, the album has three luminous guest singers: Swedish singer Klara Söderberg, one half of sister-duo First Aid Kit; French rockstar Theo Lawrence; and American singer Amy Helm, daughter of The Band’s Levon Helm. Though Twilights is inspired by legends like The Band and Van Morrison, the point has never been to copy or even imitate, but to listen and learn. To emulate an attitude, more than anything, and to follow their example in the creative process. 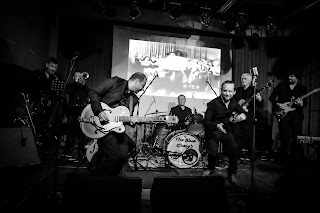 The Blue Chevys - Got that Feeling.

“A band that has crossed many rivers to bring you roots music that stirs your soul.” The magic recipe behind The Blue Chevys remains a secret, but it deserves credit that they have been able to keep the band together for more then 30 years. Besides friendship, it’s without doubt based on the willingness and desire to keep evolving by combining Rhythm & Blues, Rock & Roll and Americana. The new album “ The Night Calls” is the perfect example. A beautiful eclectic mix which reflects perfectly how the band successfully intertwines different roots styles with only one purpose and that is to stir your soul.

In 2019, The Blue Chevys is celebrating its 30 years anniversary and the band is touring to support the release of a compilation album ‘Twice Fifteen”, that clearly proves the band’s evolution throughout the years. Thanks to some live concert broadcasts on Belgium national radio Classic21 and Nancy WebTV in France, the fan-base grows throughout Belgium and France.

However, this is not where the story ends. The journey continues as The Blue Chevys is to release its next album “The Night Calls” on the respected Belgium roots-label NAKED in March 2022. The first singles of the album, “Willow Tree” and “Got that Feeling”, are been well received and guarantee many more years of fun and livemusic! Current Members: Kris Bries ( Vocals & Harp), Frederic Martello (Lead Guitar & Backing Vocals), Philippe Martello (Percussion), JeanLuc Cremens (Bass Guitar), Sven Smekens (Rhythm Guitar), Kim Vandeweyer (Trumpet) en Koen Desloovere (Saxophone). 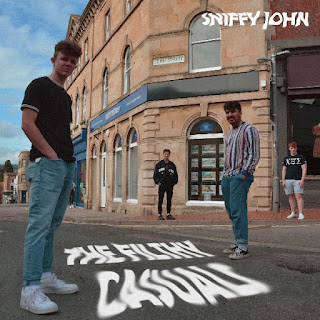 Established in late 2018 The Filthy Causals are an exciting four piece Indie, Alternative Rock band from the South West of England.

The band are hard at work creating new music and gigging at every opportunity.  Check out our Social Media for upcoming gigs this year.  Sam (Vocals/Guitar), Scott (Lead Guitar), Max (Drums), Dan (Bass)

Runaway - The Filthy Casuals, takes you back in time to re-live good times and Run away to a better place.