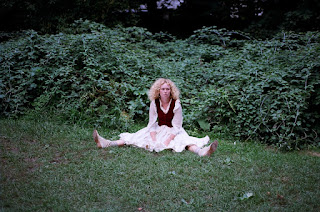 The Toronto-based project, Blunt Chunks, helmed by Caitlin Woelfle-O'Brien (Jaunt) has just shared its "BWFW", the latest to be lifted from the forthcoming debut EP, Blunt Chunks which is set for release on May 6, 2022, via Telephone Explosion Records. Featuring Scott Hardware and members of The Weather Station, Luna Li, Broken Social Scene, Hooded Fang and more, the new EP, which was announced with "Natural Actors" (tipped at Brooklyn Vegan, KCRW, CBC Radio, Exclaim and more) last month, grapples with the many functions of heartache, using music as a mechanism to memorialize the past and the first step to breaking a cycle of self-neglect.

Produced by David Plowman (The OBGMs, Islands) and Nathan Burley (Young Clancy), the EP harnesses a weightless style of guitar-driven pop where Woelfle-O’Brien blends spacious psychedelic country with the unignorable churn of 90s alternative rock. The result is a record deeply uncomfortable with secrets. Woelfle-O’Brien opts to honour — with a Dolly Parton-esque devotion to clarity — her motivations for past entanglements, both devastating and exalting. And yet, the EP rings with quiet optimism, steadfast in its search for the kind of love that’s attentive, honest, and transformative.

This new single signposts a change in Caitlin's approach to music switching out some of the intimate soounds for something a little heavier and more adjacent to the alt-rock tones that occasionally litter the EP. Speaking about the new single, she says: "I wrote this one while in Berlin in 2019. I was visiting a lover and he really made me feel unwanted. I ended up leaving his place and staying at a friend's warehouse art studio where I was much freer to create. I had gone out to Berghain and ran into his friends and ended up joining them at a concert... and I was secretly doing drugs in the bathroom alone because I felt so out-of-place and insecure. That was a “teetering on the edge of mental-breakdown” kind of night."

"I wrote the song the next day in the warehouse with all that anger and sadness. Originally the song was much more grungy and Nirvana-esque on a de-tuned open tuning, but as we produced it we drew on the Avril Lavigne vibes. This was a really fun, epic recording process. It’s an obvious SMASH lol, so we were all really excited to get our pop-punk dreams fulfilled and just go all out. Vocals are from the studio demo because I happened to have a strong vocal day so we just kept those. I wrote the second verse on the spot the day we recorded the demo, as originally it was just one verse." 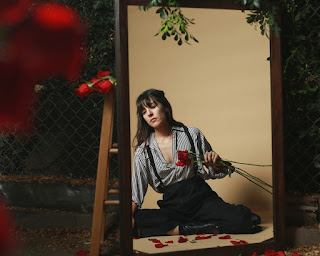 Chelsea Rose - Down The Street.

Truth or Consequences, the debut album from L.A. artist Chelsea Rose, is a sophisticated pop record with a timeless sound touching on bossa nova, jazz, and 60s pop, with deep lyrical introspection reminiscent of the classic 70s singer-songwriter canon.

Rose spent her twenties fronting sunshine pop group Summer Twins with her sister Justine (Easy Love), releasing two full-length LPs and touring as far afield as Japan and Brazil before abruptly coming to an end when a pipe burst in her home studio the night before the band’s final show, flooding the room filled with instruments and other gear. But rather than giving up on music, Rose took this as a sign from the universe that it was time to move on.

“I feel like Summer Twins was a younger version of me,” she says. “This record is like an older version that has been through a little more, been through a lot of heartbreak and facing the reality of growing up, and living in LA and struggling with making a living being an artist, and keeping that dream alive.”

Rose has created a collection of songs that feel sunny and familiar, but still brim with a worldly, authentic sensibility. Throughout the pandemic, Rose learned a lesson in patience, taking the time to ensure that every track on Truth or Consequences was a true reflection of her artistic vision and the hard-won confidence that comes from committing fully to it.

The message of Truth or Consequences is right there in the title—take a chance and live your truth, or bear the consequences…and so it is on the buoyant “Let Go,” where Rose offers counsel to anyone struggling to believe in their own dreams: “Reach out your hand/ It’s yours to have.” 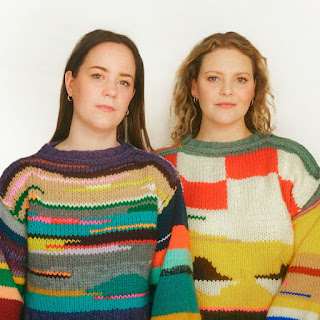 “This song was born out of turbulent times,” explains Stef. “It is about being stuck in a relationship low-point where you are always fighting, you can’t get on the same page or see eye to eye, and you just wish you could both be a little nicer to each other. You wish you could find that love again so that you can get past this hard time. “

“On a larger scale,” continues Stef, “I feel this song is relatable to today’s social climate. We are coming back into the world after years of being locked up and we are impatient with each other, we have been cruel to each other. We need to find the energy within our exhaustion to be nicer to each other, we all know we need it.”

“Nicer” was produced byJohn Paul Peters (Begonia, Comeback Kid) at his studio, Private Ear Recording. The accompanying lyric video features Jodi and Stef’s 3-month-old puppies. In the video the pair are seen learning how to play with each other without hurting each other on Lake Winnipeg as a metaphor for the song’s lead line “Could you be a little nicer to me”.