Mear is an indie pop collaboration between singer-songwriter Frances Miller and electronic composer Greg Harrison. Together, their music combines catchy melodies and poignant lyrics with their shared love of experimental music. Their  debut LP Soft Chains was released on Friday.

"I'll Love You," tells a make-believe story about a breakup during the apocalypse. The song itself is meant to take on a cinematic feel. Miller was inspired by blockbusters like Armageddon and Titanic. The idea of leaving someone you love behind, the idea of heroes, and the sacrifice that people make for others left a weirdly profound impact on her.

We wanted this song to take listeners on an emotional journey. The song has three distinct sections which could be best interpreted as Anticipation, Storm/Conflict, Loss/ Mourning. We also wanted to leave space for the music to tell a story when the lyrics are absent, which allowed us to emphasize the moods of these sections. – Greg Harrison

Soft Chains was self-produced and recorded in Harrison's home studio in Toronto and was a result of the band being able to experiment and explore their sound over the years. There is a prominent theme of personal struggle and growth with mental health. Mear's shared experiences allowed them to pour everything they had to offer into these songs. 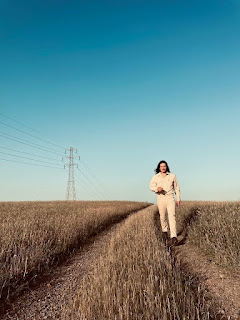 Following his recent signing to Xtra Mile Recordings, ex-Straight Lines frontman Tom Jenkins has unveiled an anthemic new single that veers towards fresh sonic territory. Straying slightly from his acoustic folk-tinged roots, “Magic Mushroom Island” is an exhilarating new cut with larger-than-life instrumentals and an exultant earworm chorus. Building to an electric crescendo with roiling riffs and a colossal guitar breakdown that nods to the legendary works of Led Zeppelin, Jenkins is also joined at the track’s climax by esteemed Motorhead guitarist Phil Campbell.

Where previous single “Back Roads” was a softly simmering country-tinged track that paid homage to Jenkins’ affinity for agriculture, “Magic Mushroom Island” bubbles over with blistering vocals and rip-roaring riffs. Buoyant and broiling in equal measure, the track’s influences are as multifarious as its sound, with everything from cult Leonardo DiCaprio film ‘The Beach’ to hallucinogen-hungry university students and iconic rock artists of old cited as influences.

Speaking on the story behind the single, Tom explains: “When writing the new album I wanted to slightly break the singer-songwriter mould and go against the indie-folk sound of my first album. “Magic Mushroom Island” draws influences from some of my favourite rock bands, such as Fugazi, Silverchair and Manic Street Preachers.

Lyrically, the song is a celebration of strangers in the depth of lockdown. I had not left my farm in the hills of the South Wales Valleys or seen a soul for weeks, until a number of random people started showing up and scouring the fields. Apparently word was getting around a local uni that our fields were rich in Magic Mushrooms and it was quite the hot spot. It reminded me of the film ‘The Beach’ which influenced the title. This random occurrence did bring much joy and laughter with strangers to a somewhat lonely time.” 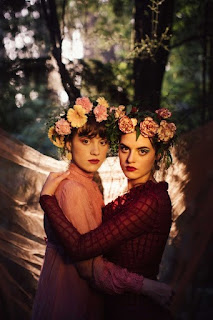 Ahead of their first-ever UK headline tour - Charm Of Finches - are releasing a spine-tingling rendition of Joni Mitchell’s classic single: “River”. Nodding to one of the natural world’s most beautiful and life-nurturing features, the release of “River” coincided with this year’s Earth Day.

Adorned with the hymnal vocal harmonies and spacious arrangements that define the duo’s trademark sound, Charm of Finches conjure a breathtaking version that showcases the band’s singular talents, while also paying fitting homage to one of the all time songwriting greats.

Initially recorded as an exclusive for their Patrons last year, the track is now being made available as part of an upcoming acoustic EP entitled ‘Bluest Colour’, which will feature a mixture of covers and alternative versions of previously released tracks. Full release details will be revealed in due course.

Speaking about the choice of cover, Mabel and Ivy Windred-Wornes say: “We’ve been listening to a lot of the artists from Laurel Canyon and that era for a secret project we are working on. We’ve loved diving into the lyricism of Joni Mitchell, and felt an immediate affinity with the lyrics “I wish I had a river so long, I would teach my feet to fly” - we have had itchy feet to travel with our music since forever, and now, with our UK/Europe tour finally upon us, we get to fly… Our song “Canyon” carries the same longing to leap into the unknown, to get going on an adventure. ” 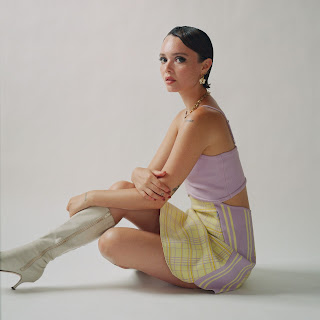 Brooklyn-based artist Charlotte Rose Benjamin self-released her debut album Dreamtina. Taking influence from the likes of Liz Phair, Sheryl Crow and Courtney Barnett, Benjamin pairs roaring guitars with blunt and honest lyrics about love and heartache and the blurred line in between. Benjamin has also released a music video for her single “Louis.”

“My straight male friend had this running joke where he would refer to hot neighborhood girls as ‘Tina’s,’” says Benjamin, explaining the inspiration behind the album’s title. “‘Coffeeshop-Tina’ was the cute girl who worked at the coffee shop, a  girl literally riding by on a bike was ‘BLT (Bike Lane Tina).’ ‘Dream-Tina’ obviously meant dream girl,'' she continues. “The ‘Dreamtina’ concept is kind of a study on wanting  to be desirable. I’ve never felt like the cool girl at the party and as far as I’m concerned, romantic love is the most important and exciting thing in the entire  world. I still feel like a teenager in that way.”

For her debut album, Benjamin chose to go without a label, which, she says, “is an amazing amount of work and money, but I made absolutely no compromises and I’m  prouder of it than anything I’ve ever done before.” Self produced alongside her bandmates, Nardo Ochoa, Matti Dunietz and Zoe Zeeman, the album was funded by Benjamin’s day-job working as a model in New York. Under the Radar broke the news of the album in February, premiering the pyromaniac-puppet-show video for her song “Satisfied,” calling the song “an irresistible power pop hook, paired with instantly quotable lyrics.”

Vanyaland reviewed her single “Slot Machine,” simply calling it “a catchy ass song.” The album’s singles have received praise from Clout Magazine, God Is In The TV, We All Want Someone to Shout For and more. Early singles “deep cut” and “Cumbie’s Parking Lot” were released last year and spent more than 10 weeks featured on Spotify’s Fresh Finds: Indie playlist. Most recently, Benjamin played alongside Japanese Breakfast and Weyes Blood as part of The Unfinished Fest at SXSW.