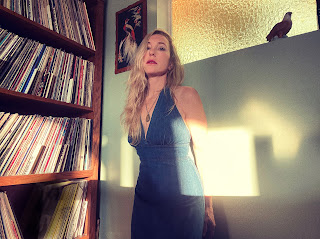 The indie pop singer, songwriter, and multi-instrumentalist Tamar Berk has released the music video for “June Lake” the focus track from upcoming full length album Start At The End, which was just released yesterday. Following the release of her acclaimed debut solo album The Restless Dreams Of Youth, which was recently nominated for Best Pop Album and Album of the Year 2021 at the San Diego Music Awards, this new album was written and recorded during the pandemic lockdown and in the wake of the death of Tamar’s father, but Start At The End is not as morose or downtrodden as that subject matter would imply, as Tamar has found a way to create liberating, emotionally captivating indie pop / rock catharsis from personal tragedy.

Unlike previous singles from the album “Tragic Endings” and “your permission” (the latter of which was featured on NPR’s new music friday playlist), “June Lake'' is one of the softer and more introspective tracks on the album, and indie folk ballad that shows off the range of styles Tamar is able to incorporate into this new album. Discussing her inspiration behind this song, Tamar writes “‘June Lake’ is track 5 off of my new album “Start at the End.”

It’s a song about my deep desire to escape to an ever-elusive destination that I always talk about but never get around to. Though June Lake is a real place, I’ve never actually been there...and so in my mind, it’s become a symbolize for a place that might exist or only exists in my mind…it’s about the confusion of wanting to move forward but also go back, and actually feeling stuck and unsure of which step to take. My dad passed away last June and so in many ways…’June' is always going to have a significance for me.” 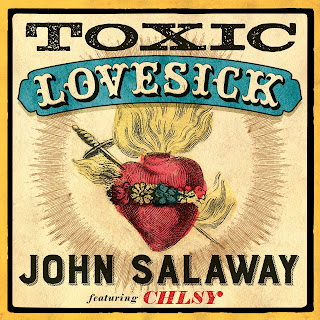 Since moving to Nashville in the early 2000s, John Salaway has become one of the city's most accomplished musicians, holding down a weekly residency at BB King's Blues Club while also playing shows with Peter Frampton, Ben Folds, Anderson East, Zach Williams, and Denny Laine from the Moody Blues and Paul McCartney's Wings.

He's a multi-instrumentalist who can easily switch between drums, guitar, and piano. With 2021's Salvation, he was able to show the full range of his abilities, recording the album with members of the Foo Fighters, Cage the Elephant, Smashing Pumpkins, and Peter Frampton's Band.

His forthcoming single, "Toxic Lovesick," featuring Chelsea Gilliland of Nashville rock band CHLSY, has a unique origin story. "CHLSY and I were pitted against each other in the Lightning 100 Music City Mayhem competition. We both admired the other's song submitted to the competition," explains Salaway. "I ended up winning the round, but we decided to get together and collaborate and this song is the result. Chelsea made a post on Instagram about noticing a pattern of being attracted to toxic relationships so when we got together to co-write, I thought that should be what we wrote about."

Along with playing all of the instruments on the track, Salaway produced "Toxic Lovesick" at his Murfreesboro, TN studio Music First Productions. 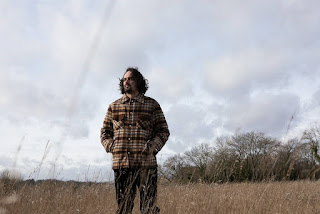 Terry Emm - Wish You Were here.

‘Wish You Were Here’, the new single from Hertfordshire singer-songwriter Terry Emm is both a trip down memory lane and the start of a new era for the artist.

His first release since 2018’s ‘Ornate’ EP, the poignant single sees Emm revisit a song from his second album from over ten years ago, with new collaborator Lukas Drinkwater (Emily Barker, Annie Howie, Jacob & Drinkwater) on production duties and adding new instruments. The track is now taken in a stunning new direction with a carefully crafted velveteen 70s vintage sound that tugs on the heart strings with its wide-eyed sentiments of love and loss.

“The song is a reworking of a track called ‘Here’ from my 2012 ‘Petals Fallen Off The Sun’ album”, says Emm. “That album was my ‘difficult second album’ in many ways and I always felt like ‘Here’ was one of my best songs that hadn’t quite been realized yet and one day I’d revisit it. The idea stuck with me for some time, niggling away, so I felt like it must be done. So now, in a way to introduce myself back into the world of music, I thought why not touch on the past but also bring things up to date at the same time.”

Like all of his previous works, the single draws lyrically on Emm’s unique take on the world and again exhibits his non-routine way of structuring and composing songs. Now wrapped in a classic Americana singer-songwriter coat, with Lukas Drinkwater’s superb Fender Rhodes & double bass flourishes, ‘Wish You Were Here’ has been enriched.

“Every recording is subjective and captures a creative moment in time as it is and that’s what can make re-visiting songs years later in a new production setting really fun. When demoing material, I always end up with so many versions of songs and you almost want to release all of them with all their variations.” Emm explains. “Lately, I have also been relating to this particular song’s themes again and it has been cathartic to open up to it again. It felt like the song maybe had more to say or do somehow in the world at this time”, he adds.