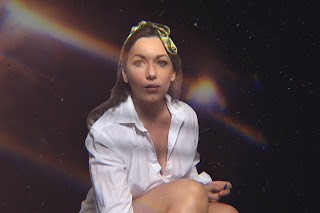 Dublin-based singer songwriter Ellen Arthur Blyth unveiled her long-awaited debut album ‘Nine’ in April. The collection of Ellen’s unique jazz-pop sound follows the release of the single ‘Young Ones’ and title track ‘Nine’ which earned Ellen support from acclaimed publications such as Notion, Hotpress and Nialler9.

The album is now followed by the release of a stunning new music video for ‘God Knows’, which expresses the themes of pain in the song with visuals of a captivating ballerina. “It's about the time in my life when I had to finally stop drinking. It felt like a relationship was ending, one I'd had from the age of 14. I thought I couldn't live without it and felt heartbroken.” - Ellen shares the meaning behind ‘God Knows’

Born in Dublin, the youngest of nine, in a house where the one who shouted loudest ate most, Ellen learned early how to sing for her supper. Dragged out of bed, dusted down, slung into a polyester frock, her early forays into musical performance consisted of pitch perfect renditions of Any Dream Will Do to family friends. But as success followed the clan, friends turned to ambassadors, heads of state, Hollywood actors and other visiting dignitaries passing through.

Aged 9, she woke her father and told him she was going to be a famous singer and would buy him a racehorse. He told her to go back to bed. At 16 she made the live finals of Ireland’s ‘You’re a Star’ but lost her voice. Her early adult life was spent serenading drunk punters in a city buried in snow, before finally, she fell through a drunken crevasse. After reaching bottom, she started to climb back out and rediscover her voice. 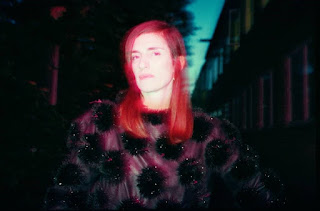 She Said is a song about being a woman. The song unfolds from two perspectives – one being young, carefree and full of hope, but also feeling insecure and scared to make the wrong decisions. The other perspective is delivered from an older narrator, that has lived life – singing to her younger self, wanting to give advice, but not wanting to interfere, because she knows that life has to be lived and experienced, good or bad, wild and mundane. The track is a celebration of all women and a reminder to believe in oneself. Philip’s catchy vocals are supported by gritty drums, dynamic beats and sparse guitar.

Josephine Philip lives and works in Copenhagen. She is inspired by a wealth of artistic expression; choral works, contemporary art and performance, jazz standards, experimental music, film, literature and classical music, and uses this inspiration to tell her engaging tales and stories.

Philip released her debut single as a solo artist, Call My Name in May 2021 and her second The Clue in October 2021. Both songs have been in heavy rotation on Danish radio station P6 Beat and have been very warmly received on both Danish and foreign music media. In February 2022 she released her 3rd single No. 7 and in March 2022 her 4th single Little Boy.

“It’s a fragile, nocturnal piece of cinematic beauty, a track about love and longing, surrounded in an impressive musical setting. The anchor of this delicate tune remains Philip‘s stunning vocal performance which is equally strong and fragile”

The new album - We Get Lost And Found - is written and produced in collaboration with Copenhagen based producer and musician Lasse Martinussen and will be released on 20th May 2022. Josephine Philip was one half of the now defunct dynamic duo JaConfetti, was a founder of and served time in the all-female Ska outfit Favelachic and the dance floor popular sound system Dullen & Dyken. 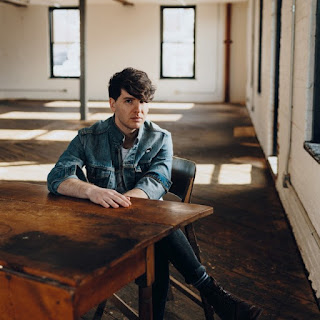 As the opening and title track of Ben Talmi's upcoming record, this song really sets the tone for the tunes that follow. An ode to growing up in Western Mass, Ben takes us on a nostalgic journey through some of the most formative moments in his life. With a humorous and often self depracating tone, he describes "the night some friends and I paid tribute to The Ramones by hanging a giant “Rock 'n' Roll High School” banner above our beloved Pittsfield High School. No one saw it and the banner was taken down first thing the following morning." Other memories include going to a Smiths singalong party and feeling shame at not knowing any of the lyrics.

Musically, "Berkshires" introduces us to Ben's talent as an arranger, with a string quartet floating on top of his fingerpicked acoustic. It's as if you crossed Nick Drake with the twee pop of Belle and Sebastian or one of their 90s contemporaries. I love how simple the arrangement is, and the quartet never threatens to overwhelm the delicate stories being told.

As with the previous two singles "Ralph & Mary" and "Canoe Meadows," "Berkshires" epitomizes the kind of homespun nostalgia that jumped out at me upon first listen. Ben is singing about beloved memories from his past, and while we weren't there with him, we can feel the love and affection in his voice.