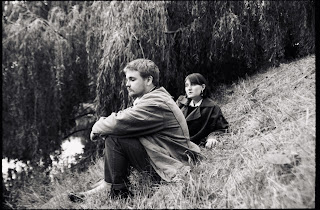 Wy are a band strongest at their most vulnerable. The Malmö indie duo, Ebba and Michel Gustafsson Ågren, have showcased their musical skills across three albums, 2017’s Okay, 2019’s Softie and 2021’s Marriage which gained them recognition from KEXP, Line of Best Fit, NBHAP, Tonspion, CLASH and more as well as tours in Germany, Scandinavia and the UK. But what makes them stand out as a band is the raw, brutal emotion they capture in their music. A Wy song at their best sounds like opening it all up, and letting the feelings flow where they will, letting the pain, anger, fear, hope and love steer the song. Those emotions are spun into the band’s skyscaping, cinematic sound, and turned into music that has a force behind it, a power that hits you, even when it's at its softest. Teeth is the first song from new EP Something Amazing which is out on all platforms and a limited CD including a six page booklet (which also includes Marriage) on June 17th.

First single Teeth is about “standing helpless on the sideline when someone close to you is struggling. About feeling desperate to help when there’s nothing you can do but to be by their side and wait for it all to pass. It feels extra relevant now that we have become parents. Suddenly there’s an abundance of things we cannot control, and there’s going to be a lot more of that in the future. It’s a hard thing to accept, but you can’t protect the ones you love from everything, even if you want to.”

Something Amazing picks up where Marriage left off, exploring dramatic life changes, including the experience of knowing that there soon will be a third person in the family. It is the second release since signing to Rama Lama Records (Melby, Steve Buscemi's Dreamy Eyes, Chez Ali etc.) and continues the path from last years Marriage, leaving the more produced style of second album Softie behind, it turns to the simpler sound of their earlier work for music that’s rawer and sharper.

The duo describes it as being about “the light at the end of the tunnel. About narrowing your circle and focusing your gaze on what is important - the people close to you. About a door, opening wide into a completely new life, with entirely new challenges and overwhelming beauty. ” 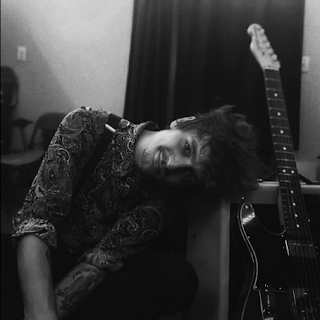 After building a following of over 220,000 people on TikTok who are itching for new music, Southern punk-rocker King Lazy Eye (Dylan Wilson) releases his single, “Slow Burn,” via brand-new Nashville independent record label Sky Daddy. “Slow Burn” is the first single to be released from his debut EP due out in August 2022.

Wilson delivers his crafty songwriting with southern Tennessee twang over upbeat acoustic guitar licks. Now that he’s set with a full band and label backing him, he’s ready to blaze his trail. Inspired by artists like Pinegrove, Rainbow Kitten Surprise, and The Pixies, Wilson has honed in on his talents and delivers them via a well-tuned, heartfelt vehicle for himself and like-minded fans.

With repeating lyrics of “I feel like I’m just a slow burn” in a catchy rhythm that makes it easy to sing along, the song is nothing short of an anthem. The single is about getting clean from methamphetamine and alcohol and subsequently going to jail, as well as how the road to sobriety for everyone is different--the usual motivators like religion or corporal punishment can fail us just like any other system we're indoctrinated into. "Slow Burn" is also weighted with the physical exhaustion that comes from recovering from a five-year narcotics binge. 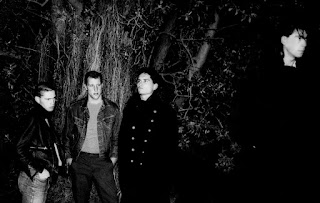 Vietnam - In Another Desert.

‘In Another Desert’ by New Zealand post-punk / indie-guitar band Vietnam is the third video and promo single to be lifted from their latest album, This Quiet Room. Vietnam’s first new record since 1985’s self-titled debut, This Quiet Room was released in New Zealand and Australia in January 2022. Met with an immediate and overwhelmingly warm reception from radio, reviewers, and record collectors alike, vinyl and CD copies of This Quiet Room have now gained wider release across Europe and the UK, through Netherlands distribution label Clear Spot.

Primarily written by co-founding member Peter Dransfield, ‘In Another Desert’ ranges from tumultuous, tension-building rhythms through to breezier moments of melodic release: showcasing Vietnam’s moody early eighties post-punk influences (often compared at the time to Joy Division, The Cure, The Church, or The Sound), blended with New Zealand influences in the tradition of The Pin Group, The Verlaines, or The Chills. The song’s dynamic contrast between light and shade is offset by the new video, capturing an energetic performance from the band, in stark monochrome.

‘In Another Desert’ is both the new album’s opening track, and one of the earliest unreleased songs from the band’s original 1980s repertoire. The song kicks off This Quiet Room with a stick count from original drummer Leon Reedijk (R.I.P.), sampled from the band’s 2017 live reunion show in Wellington, New Zealand. Sadly, Leon died of a sudden heart attack just a few months after that show.