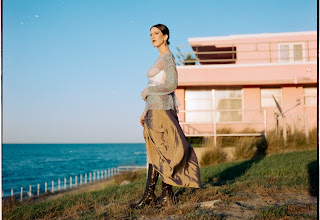 The single “roses” arrives alongside a Reilly Drew-directed music video. On the track, Claude issued the following statement: "'roses' was inspired by a line in Love in the Time of Cholera where the protagonist starts eating flowers and roses because of how obsessed with someone he is.

I think in the novel it’s supposed to symbolize how his obsession became all-consuming but I thought about a rose and the thorns on its stem and how someone eating a rose was a perfect metaphor for how as humans we’re so self-torturous, mentally and emotionally, and very unforgiving of ourselves. In the video, we wanted to show this imagery in a more abstract way while still including actual roses - I made the purple top and gray dress and am wearing other pieces that have peaks and spikes and that play with the making and release of tension to show the back and forth we have with ourselves in certain situations." 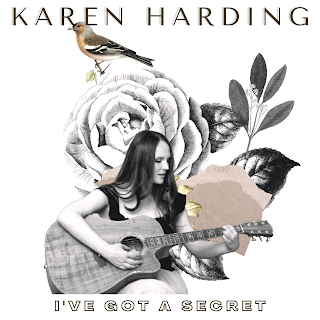 Karen Harding - I've Got A Secret.

Following the release of her first 6 singles, Karen Harding returns with the first single release and title track from her Upcoming EP, ‘I’ve Got A Secret’ on Friday 8th July 2022.

Written during the Melbourne, Australia Covid-19 pandemic lockdowns, dramatic singer-songwriter single, ‘I’ve Got A Secret’ dives straight into the heart of fear and anxiety, when sharing a less than perfect side, that you know leaves you open to judgement from others.

We live in a world that is filled with images of perfection.. Where we believe that to be good enough, we must line up with the messages that essentially only show the highlight reels of a life. This leads us to locking away our own vulnerabilities.. That is, until you reach a point, where you realise that your struggles are a secret that no one knows about. The idea of sharing these fills us with fear, questioning and mistrust, and this is the message within ‘I’ve Got A Secret’.

KarenHarding · I've Got A Secret 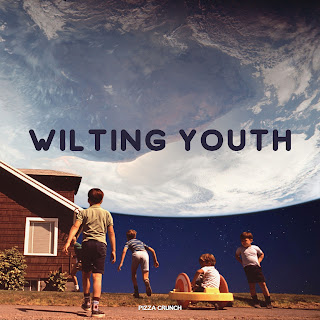 Glasgow alternative-rock group Pizza Crunch are pleased to announce their follow up single to 'Young Excitement' with new track ‘Wilting Youth’, which is set to be released on the 8th of July.

The band are excited to release this track, having played it live at a sold-out King Tuts as well as at the Left of the Dial festival in Rotterdam and Stockton Calling. This release is the second of a plethora that will be unveiled this summer.

Unlike the reflective tone of previous single 'Young Excitement', Wilting Youth arrives from a more yielded perspective, as the lyrics openly admit that the bright, vibrant days of the past have not only vanished, but they aren’t returning.  The track was produced, mixed and mastered by Chris Marshall (Baby Strange, Gerry Cinnamon and Declan Welsh and the Decadent West) at Castle of Doom Studios.