It's pretty hard to put into words but I'm gonna try, but seriously I'm way excited to be working and bringing this new album by Nervous Twitch on the awesome UK label Reckless Yes to your attention. I've been following Reckless Yes for a few years and have become a big fan of not only their roster but also the way they do business and how they treat others and create a solid inclusive community, so working with them is a big honor.

This new album by Nervous Twitch is like a guide to UK and US indiepop and indierock with nods to Mambo Taxi, Huggy Bear, Modern Lovers, Television Personalities, the Pixies, Sleeper, Ash, Lovely Eggs, Dressy Bessy, and even a bit of Swearin'. I could go on and on, but I say just check out the first single "Forgive Yourself" which debuted earlier today at Austin Town Hall. If you want a promo copy hit me up, but you can stream or download the album below. The band are up for doing mix tapes, features, guest editor spots, you name it, and we have a few exclusive still up for grabs so seriously like reach out. ~ Mike 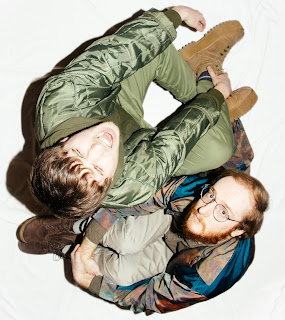 ACER is a dream pop duo made up of multi-instrumentalist Kyle Gottschalk & vocalist/art director Connory Ballantyne. Borrowing from the brooding post-punk sound of their former band House Art, Ballantyne’s vocals lend a confident and lyrical vision to the dynamically maximalist instrumentals written out of Gottschalk’s love for bedroom-pop & shoegaze.

Starting in 2019- and writing together during the past year of lockdown as housemates- the duo is set to debut their first mini-album in 2021- the 6 track self titled “ACER” – a youthful, hungry record showcasing the musical diversity & raw energy of the two producers.

Dreamy atmospheres abound (a nod to Beach House, Daniel Lanois, or Eno), the tracks sputter & glitch to life reminiscent of bedroom producers like JPEGMAFIA or the recent work of Toro Y Moi, and Ballantyne’s vocals constantly flirt between the swaggering bravado of artists like Archie Marshal’s King Krule, the effect-laden Justin Vernon or Kanye, and the soft ambience of Slowdive. 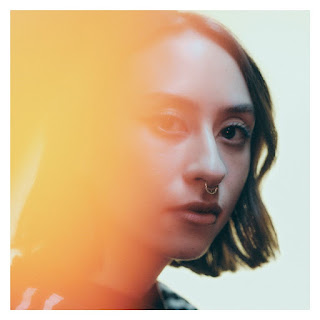 Singer-songwriter Rat Tally has shared a new track from her upcoming debut album. Single Longshot is an insight into the singer's anxiety and cyclical thought patterns, adorned with lush instrumentation and elevated by her unique vocal style.

Out August 12th, the debut album from one of the most exciting young singer-songwriters to emerge in recent years, 'In My Car' sees Rat Tally (aka Addy Harris) deliver on the promise of her earlier releases and her distinctive candid style both sonically and lyrically. With concise yet poignant lyrics, and guest features from Jay Som and Madeline Kenney, 'In My Car' is easily one of the most fully realised debut albums in the indie rock realm.

"This is the opening track and one of my favorites off the record. The song is a lot about anxiety and not being able to stop overthinking, so I wanted the verses to feel tense, lyrically and musically" says Harris of the song.

“Longshot and In My Car have a wall of quadrupled power chord guitars that my producer Max Grazier recorded that just absolutely smack you in the face. When I wrote it I was really obsessively listening to Fountains of Wayne, XTC, and a lot of 90s and early 2000s hits, and I wanted it to have a big stadium rock vibe. I had this hook that I hummed in the demo and thought I would eventually write words to it, but it works so much better as just a melody riding on top of the huge guitars."

Hailing from Chicago (by way of LA and Boston), Rat Tally emerged in 2019 with an impressively fully formed sound on her self-released debut EP, 'When You Wake Up'. The release quickly caught the attention of 6131 Records (Julien Baker, Joyce Manor, Katie Malco), who were eager to work with the young, yet clearly very talented musician. 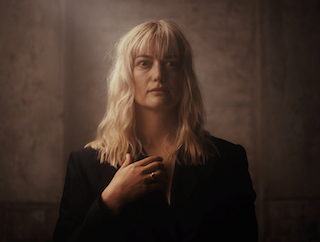 American singer-songwriter and actress Alison Sudol unveils the hypnotic visuals for her recently released single ‘Meteor Shower’ and shares the details of her upcoming new album, ‘Still Come The Night’, due for release on September 30th via Kartel Music Group.

The video is an invitation to witness and partake in a series of self-imposed actions and rituals.  Alison presents herself to the camera in her truest form; raw, vulnerable, enduring, powerful, while using a variety of visual approaches - from  irregular depth of field, video feedback loops, erratic zooms to affected speeds - the director transports the viewer beyond this dimension, intimately navigating levels of Alison’s subconscious.

Directed by Alison’s close collaborator and Creative Director Federico Nessi, also responsible for the upcoming album’s art direction, the video concept, Nessi explains “stemmed from the song’s hypnotically repetitive beat and Alison’s stoic tone - a mystical force seducing the listener to join in on a meditative journey of self-exploration.”

Talking about the visuals, Alison adds; “Federico’s vision for ‘Meteor Shower’ matched the heartbeat of the song and leaned into it. Sitting with grief - whether noticed or not - kinetic ritual. I had never seen tapping before Fede introduced it to me but I have done it naturally at different points in my life. Energy and emotion can get trapped and settle in parts of the body. There’s a tremendous amount of power in movement and healing in touch”.

‘Meteor Shower’ serves as the upcoming album’s poetic finale, book ending the equally hypnotic opener, ‘Bone Tired’. “It’s the moment of space between one chapter ending and a new one beginning - a moment of uncertainty, the unknown... of possibility. The record begins with exhaustion and ends the same way, but with light pouring in.”

The video follows the release of recent single ‘Meteor Shower’ and the deeply personal ‘Peaches’, as well as her recent support dates with Goldfrapp at London’s Royal Festival Hall, and the UK release of ‘Fantastic Beasts: The Secrets Of Dumbledore’, in which Alison reprised her role as Queenie Goldstein. The new tracks precede the release of the full length ‘Still Come The Night’, the album Alison wrote, co-produced and recorded at Giant Wafer Studios nestled between sheep fields in the Welsh countryside with London based multi-instrumentalist, producer and composer Chris Hyson, who is also half of adventurous collective Snowpoet. 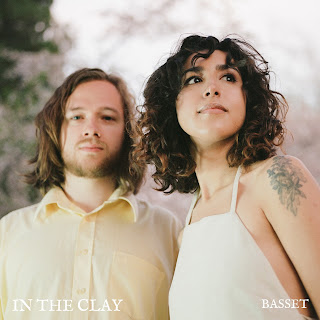 Basset - In The Clay.

We’re Sam Clark and Yasmine Shelton. Together we are the folk-duo Basset. We call Toronto home, and this gritty, massive, in-your-face, messy place is woven deep into the music we create. Through fiddle and intricate harmonies, our voices wrap around each other and evoke the rawness of this city.

Our lead single, “In The Clay,” is from our debut full-length album and is an account of our experience living in a big city yet feeling isolated for 2 years. We came far, we still managed to grow in the dark,  but it was very heavy.

This album was conceived in isolation. We felt very tucked away underground, and we couldn’t go anywhere aside from the long, long walks we took through the west end of the city. It was easy to feel trapped in the monotony, the rhythms we repeated each day; especially underground, where the lack of sunlight was crushing. This got morbidly fascinating. Maybe to distract ourselves, we fell into some rhythms of really intense work, trying to shape ourselves into the musicians - and humans - we wanted to be, to create this album.

We practiced hard, we studied, and we pushed our bodies too. We ate less and worked out. At times, we ate too little and worked ourselves too hard. We constantly chased after light, on long walks on the coldest day of the winter, our “happy lamps” and “grow lights.” All these, perhaps, were ways of trying to make something of being trapped in that basement and the trials that everyone faced for the past few years.

This song evokes the feelings from Sam’s weeks-long canoe trips in the Canadian wilderness. The first few hours of paddling are always hard, and aches start to set in. It’s easy to wonder how you could possibly do this for days on end. But then the aches seem to settle, and your mind flows into the rhythm. 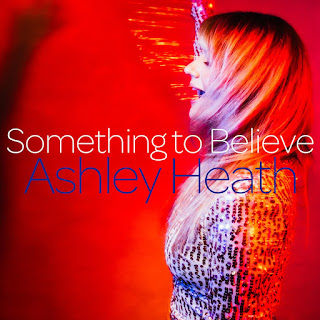 Ashley Heath - Something To Believe.

A powerful singer and songwriter who can convey passion, confusion, strength, pleading and more sometimes all at once Asheville, North Carolina’s Ashley Heath has gained a fervent fan base with appearances at festivals like MerleFest, Bonnaroo, Shakori Hills, and Floydfest. Now, she’s signed with Organic Records and is making a head-turning debut with “Something to Believe,” the first single and title track from her forthcoming EP.

The track opens with guitar, bass and organ serving up a twisty blues-rock figure that sets an ominous tone before Heath makes her entrance, giving soulful voice to the mood of unease:

From there, the song never lets up in intensity, even as it swells and subsides in volume and complexity, underlining the insistent questions of its chorus:

"Let me in or let me out
Give me answers show me somehow
Are we gonna end this or work it out?...
Give me, give me, something to believe"

Accompanied by members of her touring band, Heath gives a compelling performance that is at once boldly and intimately expressive, offering a common thread of emotion that fits equally well not only with a personal interpretation of the song’s plea, but of a broader one, too, revealing the distinctive outlook and artistry that has earned Heath a growing number of fans around her western North Carolina home.

“There have been many times in the last few years where we as a collective have felt very powerless and lacking a sense of control,” she notes. “The entire world shut down due to Covid-19 and with it crashed our livelihoods, our sense of safety in the world, and being able to be close with our family and friends. When we did see each other, our faces were behind masks. ‘Something to Believe’ was written about these angsty yet melancholy feelings that came up by trying to make sense of it all. At certain points, I was thinking, give me any sign that I can continue doing this thing that I love and have put my heart into for years. ‘Are we done with the hard times, are they over?’