Lukka, the brainchild of German-born, New York City-based artist Franzi Szymkowiak, released her latest single “Life In Reverse” this week, from her sophomore album, Something Human due August 26.

Discussing the track, Franzi noted, “‘Life In Reverse’ talks about the end of a close relationship, as both partners realize that time has changed them. And that one shouldn’t be afraid of that change… 'only a matter of time and you get used to it’” - watch + share “Life In Reverse” via YouTube.

Something Human speaks to both the head and the heart. The album’s essence is perfectly captured in its first two singles “Wisdom of the Sun” - a yin-yang ode to finding positivity in even the darkest of situations, and “Life In Reverse” where Lukka finds herself closing one chapter, to start the next. At once an escapist psychedelic synth-rock odyssey and a timely shot of science-based spirituality, the 10-song LP wraps messages of oneness and self-determination inside multi-layered melodicism, cultured retro-electronica, and tastefully effected guitars. “Transmitting the message of love and oneness through music is very important to me,” stated Szymkowiak.

In essence a solo project supported by a semi-fluid band, Lukka’s sound is rooted in Franzi’s early influences growing up near Dresden, Germany – the Rolling Stones, Pink Floyd, the Beatles, The Who, Led Zeppelin – and, more recently, David Bowie, early Brian Eno, Flaming Lips, and Deerhunter. Extensive busking and performing around the world included four years in Australia, where she embraced that region’s new wave of psychedelic synth rock, including Tame Impala, Pond and Unknown Mortal Orchestra. 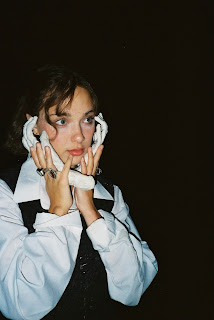 Today, LA/London based alt-pop artist Abby Sage announces her forthcoming sophomore EP The Florist out October 21st via Nettwerk. The announcement arrives with the release of the stunning title track single.

Abby Sage’s upcoming EP is fueled by a love for character sketches, with each song becoming a tiny play or narrative. Take the new single “The Florist,” and its depiction of a woman who can bring beauty to the lives of others. “I’m someone who’s so protective of their friends,” shares Abby. “When something is broken, I want to fix it. And a florist is someone who through their actions makes a room prettier – because flowers always manage to do that.”

Commanded by a pillowy production, deliberately impassive vocals, and a skittering drumbeat, “The Florist” is an appetizing slice of soulful indie goodness. Gentle and quiet songwriting is at the forefront, with labelmate Boy Willows providing a hand in co-writing a portion of this beautiful and sweeping track that enthralls with notable and radiant power.

Abby Sage’s The Florist EP is a follow-up to her 2021 debut EP Fears of Yours & Mine, a collection of songs that was just the beginning in showcasing her commanding sound and precarious outlook of the world around her. Abby expresses, “The last project was a very personal take of what I was immediately experiencing at the time while this project feels a bit grander scheme and observational. I had nothing that was immediately bringing me either intense pain or joy (I normally experience things in extremes this way), there was something about this period that felt over looming and bigger than myself. I was in London taking the tube from session to session and felt like a sponge. One time there was a particular group of kids next to me and I listened to their conversation for the duration of the journey along with a few other snippets of chatter around me. I wanted to write about the experience of others, the unfamiliar coinciding with the familiar.” 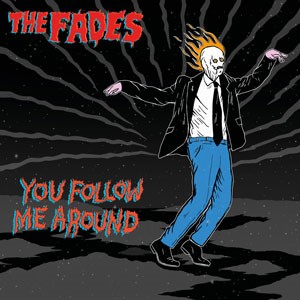 London based post punks The Fades are back with a new album - You Follow Me Around is the first cut from it & a taste of what’s to come. With DJs like Steve Lamacq, John Kennedy & Marc Riley supporting various releases & glowing write ups in Louder Than War, Fresh on The Net & alike, The Fades are a band who’ve consistently turned adversity to their advantage, finding the best in life while not taking themselves too seriously.

Recorded in Brixton, South London using an array of analogue equipment, You Follow Me Around is a raucous indie post-punk blast of alternative pop, recalling the time when lead-singer Dave Lightfoot was stalked by both an ex-partner & his own cat clambering for affection at home - a sort of dual experience of enforced attention from very different sources. “The song was written at a very difficult time when this ex-partner was seriously harassing me” says Dave. “It made me ill & I lost so much weight but in the usual ‘Fades’ way, I managed to make light of it by linking the song to my cat, who was also harassing me but in a much more loving way. Basically, I took the positive approach to a very stressful situation & then a song came out of it”.

In true punk DIY style, The Fades recorded their debut single above a chip-shop on the Staines Road in West London. It was quickly picked up by Steve Lamacq who played it on national radio & soon a buzz was building around the band. Then explosive gigs with bands like Ocean Colour Scene, Bloc Party, The Mystery Jets & German rockers Art Brut gained them a reputation for raucous mayhem, including a penchant for multi-band clothes swapping on stage! Next up, US indie label Cranky Girl Records arranged for an East Coast tour of the States alongside some American releases, which all culminated in a whirlwind of gigs, parties & scintillating scotoma!

Buoyed on by a new-found enthusiasm when they sold out of their 2020 vinyl album Ragnarok & embracing the ‘new reality’ of working from home during lockdown with many a remote writing session, the band went back into the studio to record upcoming LP Night Terrors, from which You Follow Me Around is taken.