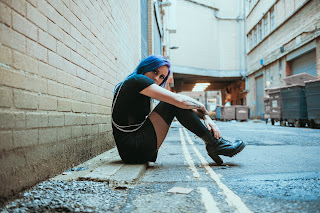 Catherine Elms is a dark pop singer-songwriter who combines untamed intensity with softly-defined edges; introspective and fierce in equal measure. Drawing on the raw, heartfelt emotion of Tori Amos and the brash power of Amanda Palmer, Catherine has found an evocative and cathartic style that is all her own. A self-taught non-classical pianist with a soft yet powerful voice, Catherine creates an epic and transcendent sound that explores millennial frustrations with sensitivity and quiet hope.

This third studio single ‘Monday Eyes’ sees Catherine’s rich vocals and haunting piano accompanied by an orchestral soundscape. Her confessional lyrics rail against the falsehood that we exist in a world where anything is possible, if only we prove ourselves to be “good enough.” The cinematic sound elevates this deeply personal and intimate journey into something powerful and universal. ‘Monday Eyes’ is accompanied by a compelling conceptual music video that blends Catherine’s spirited performance with the striking visuals of Scott Chalmers (videographer for Jamie Lenman, Birdeatsbaby, Saint Agnes).

Speaking more on the meaning behind ‘Monday Eyes’, Catherine says: “I wrote this song during a bit of a quarter-life crisis, when trying to decide what I wanted to do with my life. Like many of us, I had always believed that if I just worked hard enough and proved myself worthy through collecting achievements, everything would fall into place, and success would find me. I realised that this is untrue. I found myself in a job that dampened my spirit, feeling like an awkward impostor, longing for something more, and mourning the future I’d envisaged for myself that never came. I think so many of us can relate to the feeling of getting to our twenties and entering the ‘real world,’ thinking “is this it?”. 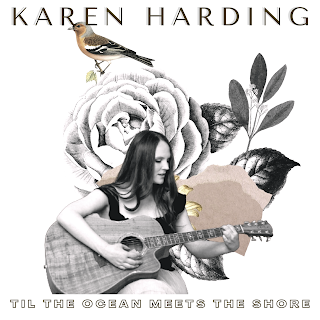 Karen Harding - Til The Ocean Meets The Shore.

Following the passion and excitement shared from the first single release of her Upcoming EP, ‘I’ve Got A Secret’, Melbourne, Australia based singer-songwriter, Karen Harding is set to release the second single, ‘Til The Ocean Meets The Shore’ today Friday 5th August 2022.

Written during the Melbourne, Australia Covid-19 pandemic lockdowns, ‘Til The Ocean Meets The Shore’ is a deeply reflective and uplifting acoustic guitar focused story that dives into challenges felt and a realisation of how far we have come, and the determination that we can truly achieve anything we put our mind to, if we do not give in.

Music has always been a part of Karen’s life, beginning piano lessons at the age of 6 and singing lessonsat 14. She has played at many cafes and bars around the north-eastern suburbs of Melbourne, Australia, in a combination of solo, duo and band performances, that have contributed to the sound that you hear today.
Building her repertoire, with 6 single releases under her belt, Karen has been steadily growing her following and name, having won the November 2021 Bendigo Bank sponsored Independent Songwriter Talent Show on Radio Eastern FM in Melbourne, Australia, for her single, ‘Anxiety’, Top 10 winner for the World Songwriting Awards, for her single, ‘Something Special’ and a nominee for Best International Artist on Crags Radio Independent Artist Awards in February 2022.

KarenHarding · Til The Ocean Meets The Shore 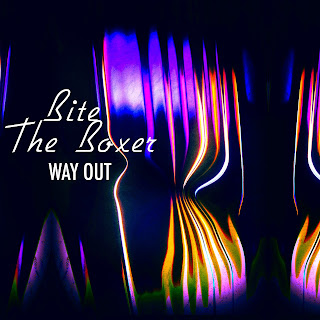 Bite The Boxer - Way Out.

Way Out is the third single in a string of dreamy alt-pop releases put out by Bite The Boxer, following on from Forgotten (released in April) and Like A Ghost (June).

Way Out combines a gritty and melancholic influence from 90s trip-hop with lush synths and vocal production from modern alternative pop to set a mood that seeks to take the listener on a journey to a dark place but in a comforting and familiar way.

Bite The Boxer (AKA Matt Park) often produces his music live on Twitch streams and has this to say of his process: “writing music live with people watching encourages me to trust my instincts and produce by feel; nobody wants to watch me do fine tuning and tweaks for 2 hours.

I try to avoid over-thinking the process. If I can finish a 2.5 hour stream with the bulk of a song finished, and it sounds good then that’s an ideal result.” 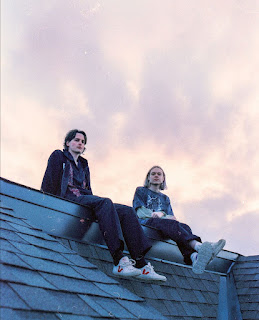 Chemical Club - Hell In A Heatwave.

Arts & Crafts newest signee, Ottawa duo Chemical Club, are sharing another new single, “Hell In A Heatwave”, with a video directed by their fanclubwallet bandmate Hannah Judge. The new track is an “honest look at who you are and how you can improve upon that,” the band says.

“Actively seeking self improvement and pursuing positive changes over neutrality and repetition. Leaving unhealthy habits behind and holding yourself accountable for your own actions and behaviors. Staying comfortable and rejecting positive change is usually the easier option in the short term, but to actively pursue growth is necessary for long term fulfillment.”

Chemical Club is the project of Eric Graham (he/him) and Michael Watson (they/them). The duo performs tight, catchy indie rock songs, perfect for road trips or coming of age soundtracks that deftly weave naturalistic lyrics with reflections on love, death, insecurity, and growth. Having grown up around the corner from each other, the pair didn’t truly connect until their teen years when they began playing together in garage bands.

In 2019, they formed Chemical Club and have since released a series of homespun, self-released singles and EPs that’ve earned them a passionate following over the course of the pandemic. In addition to Chemical Club, both members perform in ascendant indie rock project fanclubwallet, with Watson serving as fanclubwallet's co-writer and producer.