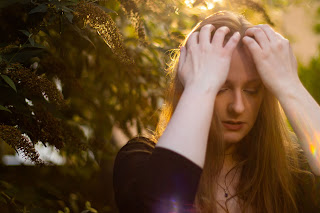 Freyja's vocals on her new song ‘Golden Hour’ are breathtaking and oh so versatile, add in a gorgeous musical arrangement and this really is a standout song. The promo is spot on telling us that the song  encapsulates the nervous joy that comes with change and seeking the strength and bravery to take a different path. Experimenting with vocal chopping alongside deep harmonies, Elsy constructs a warm sonic bath of piano, strings and synthesisers around lilting melodies and uplifting crescendos.

Previous singles ‘Lungs’ and ‘Requiem’ drew praise, coverage and radio play internationally - including BBC 6Music. On ‘Lungs’ the BBC’s Adam Walton said: “This gave me goosebumps that haven’t subsided since I first heard it … off-the-scale evocative” and for ‘Requiem’ Circuit Sweet said of Elsy: “A classic composer on all levels with an understanding of connection within their creations.”

Freyja Elsy is an independent songwriter and composer who produces layered, striking music from her home studio in Cardiff. She incorporates both pop technique and classical influence under her own momentum and direction. 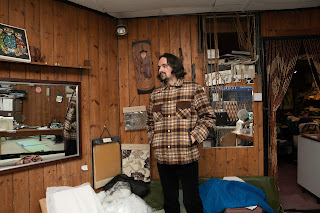 We continue to be impressed by Terry Emm. The new song mixes timeless folk with a twist of Americana and despite the subject matter plenty of warm vibes. OK so here's the background. Hertfordshire singer-songwriter Terry Emm returns with blistering new single ‘November Evenings’, just out on October 27th. The single is his second new track of 2022 following ‘Wish You Were Here’, which came out in April beginning a new era for the artist.

Combining a vintage live band sound with rustic Americana flavours, the track packs a punch with its jangly catchy chorus. Working again with Lukas Drinkwater (Emily Barker, Annie Howie, Jacob & Drinkwater), the track turns the heat up a few notches from ‘Wish You Were Here’, with scorching lead guitar and drums that evolve against the big repeating chorus refrain, “I can’t be this way when I love you”.

Elsewhere, lines like ‘Does it leave you so cold, the feeling of being sold everything you can ever have?’, see Emm moving into a rawer lyrical territory than the nature inspired chamber-folk he’s been mostly known for. An irresistible slice of vintage-pop, ‘November Evenings’ is sure to set the radio airwaves alight this winter.

On the track, Emm says “November Evenings is about that feeling when autumn changes into winter and we’re left reflecting on the year. It’s about jealously and a feeling of wanting more from life, when certain things are always just out of reach. It’s probably the second or third upbeat track I’ve ever released”. 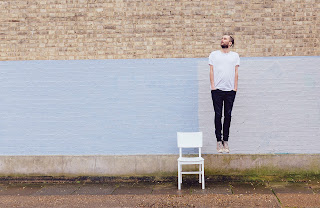 Jake Morley - Some Things Are Like Other Things (Album).

Hidden in your house is a button
For use in an emergency
You'll find it at the back of a cupboard
Or behind the washing maching
You'll know it when you see it, it's the one that says
'Everything goes back to normal'
....... from 'Everything Goes Back to Normal' written by Jake Morley

To be fair, we could probably all do with one right now.  In Jake Morley's case, couple the world and UK events of the past few years with swapping late night songs with Michael Kiwanuka, breaking Jack Garratt's amp, and having an incident in Ed Sheeran's bathroom, and you'll understand these sentiments:

A recent Covid infection has meant Jake's had to postpone a number of dates on his current UK tour.  Jake says: "Sold out rooms, magic moments, all manner of cooked breakfasts, it was all going so well…. and then I got covid. Now… I’m… feeling… quite…. tired. And postponing shows.  Two weeks on and still every day is a fresh round of covid symptom bingo. A tedious relay race of unwanted characters, from tiredness to achy bones to ooh feeling better to brain fog to Now That’s What I Call Covid 2020 classics like The Cough That Never Ends and Lungs That Are Surely The Size Of A Crisp Packet."

BUT ... his new album 'Some Things Are Like Other Things' came out yesterday Friday, 28th October and it's a thing of aural and visual beauty. 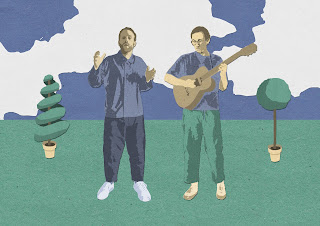 Awkward Branches - A Frame (Not a Window).

Awkward Branches is the new project of singer, keyboardist and former Fiction frontman Mike Barrett and close collaborator and guitarist Phil Swan. Today they share their debut single ‘A Frame (Not a Window)’ via Tip Top Recordings.

After writing and performing with each-other in numerous other projects - including a 6-piece experimental collective (Holy Island Sketchbook), gothic trio (Sweet Heave) and as part of Mike’s dream-pop project (Brand New Moon) - they felt it was finally time to put a name to their own project, and thus Awkward Branches was born.

Appropriately, the pair first met standing under a much-beloved tree in the gardens of an old wedding chapel where they both worked. While waiting for ceremonies to run their course, talk would often turn to music. United by a shared appreciation for ambient soundscapes and buoyant melodies, they tentatively began recording sketches; ideas which grew over several years, without hurry, into a handful of fully formed songs.

‘A Frame (Not a Window)’ is the first single to be shared from forthcoming debut EP due out next spring. The debut single is a tranquil sun-flecked number, driven by bouncy acoustic guitar and verdant synth, with tender vocals that speak to the nature of trust, faith and dogs. The song is complemented by a charming animated video, created by Mike Barrett, that satisfyingly mirrors the colourful textures and sanguine spirit of the song itself. Barrett on the video: “The video began life as a simple zoom through abstract spaces, inspired by a craft-paper collage Phil had made as a potential EP cover. Using a blend of hand-drawn elements, original footage and AI-assisted animation techniques, it soon evolved into a somewhat labyrinthine journey across a variety of fantasy landscapes, culminating In the slightly tongue-in-cheek / slightly deadly serious ascension to heaven for the final scene. Mostly it was a chance to indulge my affection for kitsch architectural forms, potted plants, and - in a nod to the first line of the song’s lyrics - the illusive joy of dogs”