On her enthralling new Crescent EP, Thallo explores a unique subject matter, and one deeply personal to her – immobility. The three track EP chronicles the artist’s own story about an on-going condition causing chronic pain which began in 2020 and left her temporarily unable to walk or stand, locked-in by her condition after the world had been released from lockdown, forced to cancel her planned appearance at this year’s SXSW (re-schedule for 2023).

The title track ‘Crescent’ was inspired by a breakup and friends moving away, with its warm, uplifting brass section mirroring the song’s bittersweet paradox - the undercurrent of inadequacy a dependence on loved ones during a long-term condition can cause, contradicted by feelings of gratitude for the support received. As Thallo explains “I wasn’t as good a friend or girlfriend as I had wanted to be. I wrote the song upon realising I wouldn’t get the chance to ever make up for that imbalance and was left with the guilt of feeling indebted.”

This feeling of being an inadequate version of oneself is explored literally in the song’s music video, created by Abi Sinclair (Director/Producer) and Cat Jones (Director of Photography). It stars Thallo playing two versions of herself, with the broken Thallo trapped in an unknown surreal location in search for the complete, better version of herself.

The Crescent EP also includes the beautiful ‘Carry Me’, a gloriously, rich rush of multi-instrumentation and Thallo’s sublime vocal whirling in a jazz-infused dream before it’s emotive crescendo. Emotionally it captures the moment in time when Thallo first realised the seriousness of her condition; and the EP’s only Welsh language single, the climatic piano led ‘Pluo’ which explores the peculiar pain of watching the world return to normal following lockdown, whilst Thallo remained in what she describes as “My own personal lockdown.” 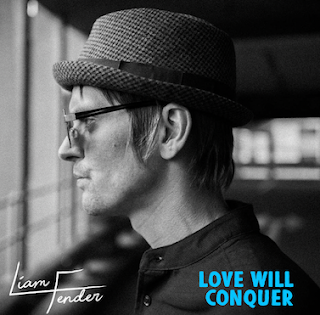 Love Will Conquer's unconventional structure delivers an almost hymn-like quality. Liam notes "Love Will Conquer's universal message of togetherness, belief in better times, and the importance of connection has only grown more poignant amid the turbulence of recent years."

A lifelong musician finally stepping out with his debut official release, Liam is a musical underdog and living proof that music truly can be a calling; he says "I haven't chosen to do this, it's just in my DNA."

If you've joined the dots between Liam's surname and his place of birth you may think he's onto something with his point about DNA. Either way his earthy, honest and optimistic songs showcase an artist more than capable of standing on his own two feet; extraordinary new single Love Will Conquer is just a small taste of what's to come. 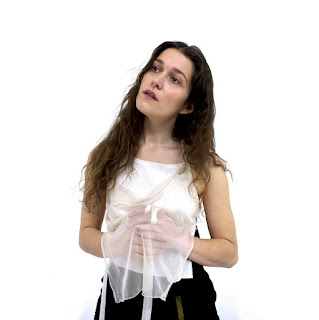 “I push myself into light, I need it more than ever” sings Pitou, as interwoven harp and guitar parts swell beneath her, supported by subtle but persistently grooving percussion. The song starts with a feeling of restlessness, towards the second verse Pitou builds in confidence. Just before the outro kicks in, we hear her voice almost disappear into a choir of sirens, only for her to come back in a final crescendo, where the first line of the song is repeated over and over again. It is Pitou’s plea: ‘move towards the light’ - to herself and anyone who needs it.

On her new single, Pitou says: “This movement, from dark to light and back again, sometimes feels very violent. Like a natural phenomenon, waves, that you are forced to give in to. I’ve been thinking about these waves, and how I would like to be more graceful in the surrendering. Make it less of a fight, and more of a dance.

The video of this song was shot with my dear friends Jasmine Karimova and Noa Jansma. The coming together of this song and the flow of us working together gave such beautiful energy. We had a lot of fun with this. The song Dancer had a hard time being written - this video was the opposite. I am very grateful to have these people around me." 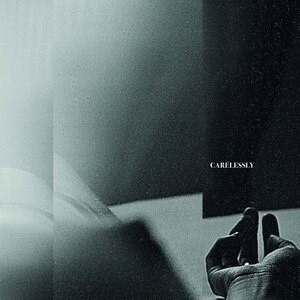 Micah P. Hinson releases his newest orchestral-country single - "Carelessly" - the third single from the forthcoming album, I Lie To You, out December 2 (Ponderosa Records). "Hinson channels his inner John Prine as he offers a humble and poignant perspective on an issue that is once again in the spotlight." Read and share the full review via Glide.

Born into a strict fundamentalist Christian household in Memphis and raised in the evangelist Abilene, TX, Hinson sings with a prophet-like voice. His songs feel like a patchwork of life experience, from his unsettled early days through his more recent years as a devoted father navigating divorce. Infusing his raw, poetic folk lyrics with inspiration taken from the industrial and alternative music of his youth, Hinson has established a reputation as one of the more innovative and interesting singer/songwriters in the international alt-folk scene.

His songs feel like a patchwork of life experiences, from his early religious upbringing to fatherhood to difficult re But in early 2020, after releasing ten critically acclaimed albums and building a loyal international fanbase from the ground up, Micah P. Hinson nearly walked away from his music career. He felt trapped, explaining “It hit me that all I was doing was writing about my previous relationships and situations, and that meant I had nowhere to go. How can you progress as a human being into the future if all you're doing is writing about all the sh.t that chains you to the past?”