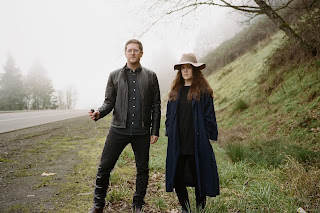 Under Way is the new 7-inch EP from Lore City, released October 6, 2022. The EP follows full-length albums Participation Mystique and Alchemical Task, as the third release from the Lore City Music imprint. “On the whole, the band appears to be rejecting genre norms, and they don't seem to be in any kind of safety zone, while their fusion of indie psychedelia, dreampop, and darkwave sounds isn't directly analogous to anything nearly customary,” advises Destroy//Exist. Lore City is a duo formed in 2011 and currently based in Portland, Oregon. Band members include married couple Laura Mariposa Williams (vocals, keyboard, guitar) and Eric Angelo Bessel (percussion, keyboard, guitar), who met as peers at Syracuse University.

Oneness. Whether you like it or not. Creeping up on you. Morse code tapping you on the shoulder. Runoff into the sea. A little bell ringing. Windchimes singing from forces unseen. I wanna believe. I animate these bones, for you. A paper skeleton on Halloween dangling from the front door. Animate, animate. Shuddering and twitching with your comings and goings. The thresholds we know. Everyone in their own little box, moving between containers. Remembering the orange glow of old sodium vapor streetlamps, and simultaneously, the terror of noticing that your heart is constantly beating. The fading roar of airplanes overhead, rerouted.

Suddenly you can see the flashing red and white lights out of the corner of your eye, every night, from your bed. Sometimes, the thing that happens along the way to something else turns out to be the thing in itself; saying to you, “I am not what you thought I was, but rather, I am my own all together.” An early departure, announcing its entirety upon arrival. Once thought of as the beginning of the next album, Under Way exists as a standalone 7-inch EP, confined only to the parameters of vinyl. Two sides, two tracks, pressed into another thing in a world on its way to something else. 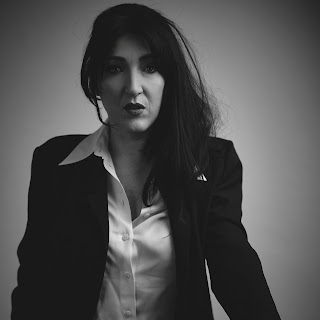 Emily’s previous single ‘Confessions of an Aging Party Girl’, received airplay from Lauren Laverne, Don Letts and Tom Robinson alongside continued support from BBC Radio Bristol and BBC Introducing in the West. Ordinary Life continues in this vein, a reflection on a gloriously misspent youth and a celebration of the magic, misery, miracles and monotony that are sewn into the fabric of everyday existence where you are the hero of your own mythic quest.

Speaking of the inspiration for the song Emily says, “It’s a quest that involves biblical first loves and tragic one night stands, epic all nighters and the quiet desperation that follows as your dreams disperse like the fronds of a dandelion clock in the cold morning air. You blink, two decades have passed and you become the thing you always despised, a three dimensional, functional adult with reasonable expectations... Or perhaps it's the theme song to the end of a John Hughes movie set twenty years after Prom night, except it's not prom night, it's Butlins and Mike Leigh is directing but Simple Minds and Souxsie Sioux are still sparkling in the spotlight, and so are you.”

Ordinary life is the opening track to Emily’s third solo album Rapture which she describes as “A collection of coming-of (middle) age stories which celebrate flamboyant failure, excess and acceptance”, due for release January 2023. 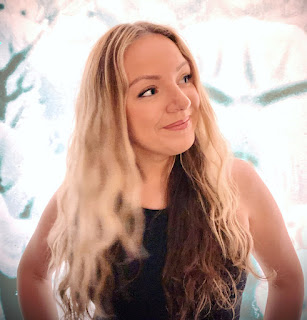 Based in Glasgow, Nico started composing at the age of 6. Nico's debut release Hunter gained radio air time on BBC Radio Scotland and saw her named as Freshman Guitars 'Artist of the week'.

The inspiration for the song was a short story called 'The Cab Ride I'll Never Forget' by American author Kent Nerburn.

The tale acts as a reminder that one little act of kindness can be so truly important. I would recommend taking five minutes to read it. "You captured the essence of the story, painting with gentle strokes" - author Kent Nerburn. 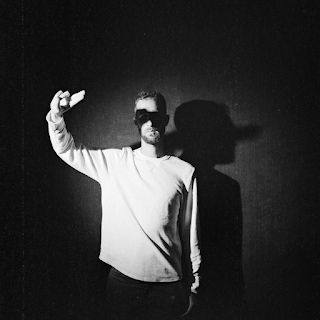 On the single, Rutherford Royal confides, "The boy has been waiting for the girl to fall in love with him as he watches her burn through several brief, meaningless and destructive relationships. Despite clear signs that he should move on, he is determined to die on this hill. Often it feels like the right thing to do is take the side of love and wait for the one you know you’ll never get over. This can be the single most destructive decision you ever make, but half measures will only lead to a life of ‘what-ifs."

Hailing from the barrier islands of South Carolina, Andrew Christopher Rutherford Royal has a deep connection with the land and embodies a non-traditionalist’s interpretation of the eastern South. He writes Southern Gothic cameos which he weaves into often dark, Indie Americana. After writing and curating the works for an album he records and mixes the music for Rutherford Royal (as well as other artists) in his remote cabin studio overlooking a hidden waterfall in southern Tennessee. 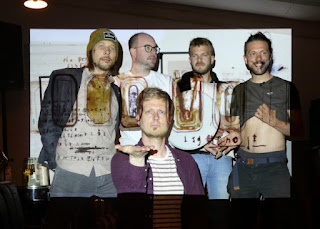 Lightnode from Switzerland play rock music - direct, real and honest. Their style is strongly influenced by the rock bands of the 90s and sometimes reminds of the energy of the Counting Crows or indie rock moments of Wilco. Occasionally, however, there are also hints of the 60s and 70s through the distinctive organ sounds. The individual influences and musical imprints of the five musicians flow together to create their own emotional and vibrant sound, sometimes softer, sometimes more powerful.

'The Bright Side Of The Edge' is the name of Lightnode's debut album, which comes across as playful, gritty and atmospheric. The songs and lyrics by singer Roger Imboden reveal profound explorations of various themes.

'Same Time Same Place' is the song that opens the record. It is not meant to be a single, but opens the listener up to Lightnode's music. The dry, direct guitar immediately pushes itself to the forefront before the band as a whole gives a glimpse of where else they can go shortly after. The lyrics thematically deal with self-confrontation and one's own comfort zone and, in terms of content, pick up on the old familiar, recurring situation that constantly and consistently throws you back on yourself. The depressing situation is resolved at the end of the song and finally allows the realization that it is always worthwhile to have the courage for self-confrontation in order to get ahead. Self-ironically and with a wink, the band has also implemented the whole theme in the music video.