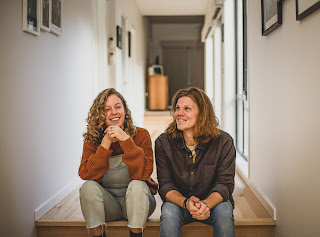 Melbourne's feel-good folk duo Sunday Lemonade have been spreading their sunny musical storytelling around the country, and are set to do the same with their new single ‘Runaway’ out now.

Touring around the country in a van together since joining forces in 2018 has seen Tyson and Loz spread their high-energy performances far and wide, winning over hearts everywhere they play. They’ve sold out two headline shows, and supported the likes of Daniel Champagne, Steph Strings, and The Pierce Brothers.

After quitting their jobs in 2019 to dedicate their time to music, the pair won the Emerging Artist Award in 2020 at their first festival appearance at Nannup Music Festival before getting caught in 4 months of lockdown. Since, they have been touring relentlessly and have released a number of singles. Having just toured WA for the third time and recently releasing the single 'See You Sometime' in October, the pair are gearing up for more with this special new release, ‘Runaway'.

Already a crowd favourite at their gigs, the tune is an instantly uplifting, piece of heartfelt folk-rock. Focusing on the feelings of mutual but unresolved desire, 'Runaway' boasts a meandering guitar melody, steadied by a tricksy drumpad beat. The quiet moment before the final chorus draws the listener in, stirring vulnerable feelings before amping things up, elevating to cleverly mimic the feeling of heightened anxiety and building anticipation that happens when you begin to obsess over someone.

Speaking on the story behind the song, Sunday Lemonade explain: "'Runaway' is a pop/folk story of reciprocated but unspoken lust, exploring the fascinating hints and moments with another human yet frustrating lack of courage to actually act on it. The fairy tale dream of what would happen if that person would hurry up and grab your hand, take you on an adventure and you’d finally have the chance to fall in love." 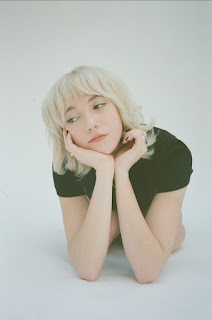 girlpuppy's (aka Becca Harvey) highly-anticipated debut LP When I'm Alone is due out October 28th on Royal Mountain Records (Wild Pink, Pillow Queens), her second release on the label following 2021's Swan EP, a five song collection that drew remarkable acclaim from outlets like NPR, FADER, Paste, Under The Radar and NYLON who called her "one of indie folk's most promising newcomers."

Produced with Slow Pulp member Henry Stoehr and Alex G guitarist Sam Acchione, girlpuppy's debut has seen three singles released so far "Wish," "I Want To Be There," and "Destroyer"  and now Harvey is sharing the fourth single "Teenage Dream," a tune inspired by a Keanu Reeves lookalike.

“I wrote “Teenage Dream” after I cried at an Atlanta United soccer game at Mercedes Benz stadium. The song’s about a guy I lead on who looks like Keanu Reeves, and it’s the first one we made for the album. It was, in part, inspired by Caroline Polachek, who said in an interview that her lyrics for “Bunny Is A Rider” make no real sense, and that they just sounded good to sing. Similarly, the chorus lyrics to teenage dream don’t make much sense, but I do enjoy singing them. An important detail: I’m talking to my puppy Obi at the beginning, and you can hear him barking at the end.” 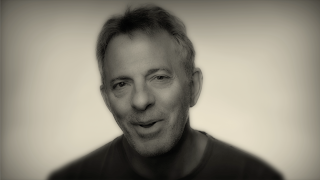 Dan Pallotta is sharing American Pictures, his new album following in the footsteps of folk and singer-songwriter greats to reflect on the human condition. Pallotta brings empathy and wisdom to his songwriting, gained over several decades spent exploring music, philanthropy, and family life.

Pallotta reflects on the joys and the sorrows that mark each of our lives with “The Mailman,” taken from American Pictures, a song whose inspiration was sparked by listening to John Prine’s recollections of working as a mail carrier.

This tender and reflective acoustic track delves into the situations the character at the centre of the song navigates through in his day-to-day, facing the role of being the messenger of both incredible and destabilizing news.

Matt Mahurin’s black and white music video shot in California underscores the humanity of this character, creating an entire world of emotion which parallels the song itself. 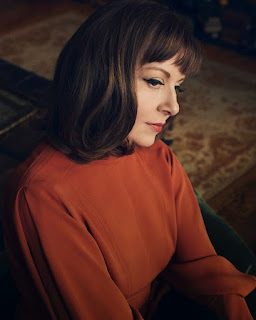 Addie Brik returns with the breathtaking new single: ‘Retromingent’. Taken from Addie’s forthcoming new album, ‘That Dog Don’t Hunt’, it’s a song of a transfixing gravity that will bring to mind the works of Talk Talk or Kate Bush to halt you in your tracks.

Touching on tolerance and comeuppance, judgement and karma, Addie explains of the themes at play in “Retromingent”: “Whatever people do or do not do to you along the way, if you can’t let go of that (a total tsunami of utter sh**e), you’ll never get to where you should be going. So, I have a responsibility to think correctly and hold myself to standards, my future, heaven or hell, depends on it. People do what they do and will get their comeuppance. There’s a natural working order here that fulfils itself.”

Harnessing slow-burning arrangements into a composition with a glacial kind of power, the original edit of “Retromingent” actually nears the seven-minute mark and forms one of the towering centre-pieces of Addie Brik’s upcoming studio album ‘That Dog Don’t Hunt’ (out 25 November, via Itza Records).