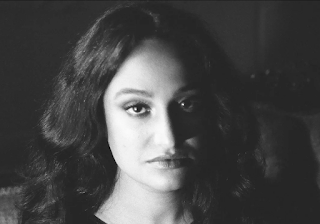 Elizabeth P.W. - The Company You Keep.

The Company You Keep was written during the midst of the pandemic. As someone who suffers from Crohn’s disease - a chronic gastrointestinal disease, Elizabeth P.W. had to live in extreme isolation for 2 years. “I had to find new ways of maintaining my relationship with friends and family. I noticed that in isolation and with all the chaos that was going on in the world, relationships changed quickly and sometimes severely. And in my isolation, ruminations ran wild. This was a blessing and a curse. To have the time to figure out your relationship to yourself and others is a gift we may never feel so strongly again, but it was not without pain, heartbreak and discord.”

Elizabeth has a Sara Barielles quality in her voice with an Ingrid Michaelson meets Glenn Campbell style of songwriting. The 11 songs explore the human condition and relationships. Elizabeth P.W. is a composer, songwriter, multi-instrumentalist, and producer with a passion for storytelling through music. Elizabeth weaves together her love of folk music with modern cinematic elements to create evocative and intimate scores for film and tv, and songs that tell compelling stories through unique soundscapes.

Her music has premiered in films at the Tribeca Film Festival, Hollyshorts, DOC NYC, Urbanworld Film Festival and Raindance. She’s written the music for everything from non-profit campaigns to congressional campaigns. Her recent scoring work includes Stacey Maltin's debut feature film, Triple Threat, which was released in theaters and on streaming services June 2022. She scored Gabriella Canal and Michael Fearon's short documentary, Seasons, which was published by The New Yorker and was honored as a 2022 Student Academy Award Winner. Elizabeth produced and scored the 2021 NAACP Image Award nominated short film, Gets Good Light. She is also a recipient of the 2020 - 2021 Alan Menken Scholarship.
Elizabeth P.W. · The Company You Keep 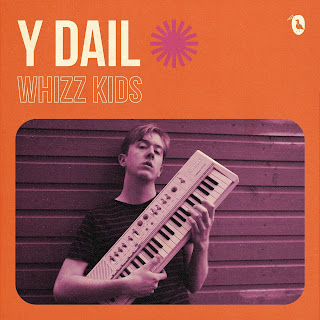 Y Dail is the musical project of 19-year-old Huw Griffiths from Pontypridd, South Wales. Since late 2020, the band have released a string of singles that have sparkled with Huw’s cinematic and playful imagination.

Whizz Kids, Y Dail’s new single and first since signing to Libertino is an inspired addition to their growing catalog, a catalog full of timeless, razor sharp songwriting.

Whizz Kids is influenced by Huw’s love of Brian Wilson and doo-wop: “I read an old interview with Paddy McAloon (Prefab Sprout) where he said he wanted to sound like Picasso with a JX3P synth……Whizz Kids is me trying to be Brian Wilson on an old Casio.”