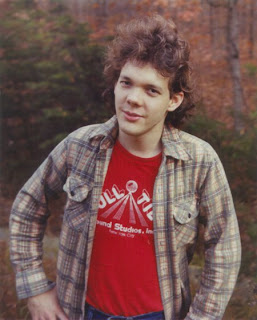 Steve Forbert is still touring, and also released a new album back in June. In some ways you have got to hand it to the guy.

Back in the late 1970's he was hailed as the 'new Bob Dylan' by some prominent music journalists.

Down the years comparisons have been made with Bob Seger, Bruce Springsteen, and anyone else whose name begins with B!

Along with this he has carried the long term 'underrated artist' label with dignity and endurance.

In a recent review of his current album he was described as the 'veteran Mississippi troubadour who mixes gentle folk/pop with the occasional piquant rocker'.

Anyway you draw your own conclusions.

My thanks to Chris for sharing this recording with me (along with some other rarities to follow soon), it is a fine example of Steve Forbert back towards the start of his musical career.

All very good quality, sound and performance, an upbeat boot that leaves me in a positive mood.

emejota said…
Thanks for this Steve Forbert's record. Your blog are linked in my blog. Greetings from Canary Islands.
20 April 2010 at 21:18

Anonymous said…
Hi Guys & Girls - here's a concert from Stevie's hey-day that can't be accessed. Hoping something can be done to make it available again. Great work you all are doing with the replacement files.
27 February 2012 at 03:49