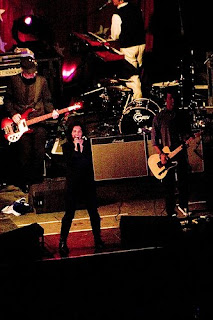 Considering Texas only formed in 1986, and made their live debut in March 1988, by the time of this concert in June 1989, they sounded very polished and professional, having already scored a top ten hit in the UK and parts of Europe.

Was it really twenty years ago ?

This concert was performed at The Paradiso, Amsterdam, Holland on the 12th June 1989.

Many of their tour dates were bootlegged at this time, this concert circulated as 'First Dive' on CD, but did not include the full set.

Source: The concert was recorded by Dutch radio and broadcast at a later date.

Comments: This is a really good recording of a very good performance. Texas went on to well deserved popularity and success, and a large part of that is down to just how good they are live in concert.

I have no details regarding the actual FM broadcast of this show, the sound quality does however, suggest it was captured on excellent audio equipment.