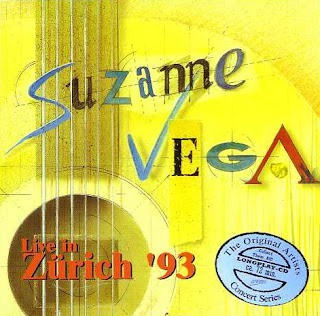 This is Suzanne Vega recorded live in Albisguetli, Zurich, Switzerland on May 18th 1993. Following the concerts broadcast on FM radio, German bootlegger Arriba! released a CD version in 1994 (ARR 94.055) from which this version is sourced. Other version have also been in circulation most notably 100° Fahrenheit in Montreux and Dancing Girls however the audio rip for the Arriba! version appears to be regarded as the best. Suzanne Vega was born July 11, 1959 in Santa Monica, California. Her mother, Pat Vega, is a computer systems analyst of German-Swedish heritage. Her father, Richard Peck, is of Scottish-English-Irish extraction. They divorced soon after her birth. Her stepfather, Ed Vega, also known as Edgardo Vega Yunque, was a writer and teacher from Puerto Rico. When Vega was two and a half, the family moved to New York City. She grew up in Spanish Harlem and the Upper West Side. At the age of nine she began to write poetry; she wrote her first song at age fourteen. Later she att
5 comments
Read more 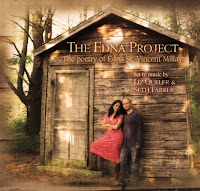 Background: There is a distinct difference between good and great. With stellar musical track records that include work on renowned studio projects, world tours, Broadway musicals, performances in top-notch clubs and festivals, Carnegie Hall and Lincoln Center, TV and film soundtracks, and production on two Grammy nominated albums, it’s clear which side of the good/great split Liz Queler & Seth Farber are on This husband and wife duo are lifelong professional musicians who literally grew up in the business and are now sharing the same great tradition with their 12 year-old son Joey Farber, who is also a budding musical star in his own right. Released back on April 8th, 2011, The Edna Project is an album of original music set to the poetry of Edna St. Vincent Millay, and began with a book given to Liz by Seth’s mother a few years ago. While frustrated with a spell of writer’s block, Liz decided to pull the book down and compose to a poem, just as an exercise to get the creative m
1 comment
Read more
More posts