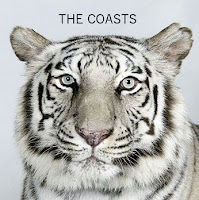 Background: The Coasts are Eric Mount and Ike Peters. The two met as freshman in college, became best friends, played music together just once, and laid down a rock n' roll album shortly thereafter. Enter Lovely Hearts Club. The advent of turntable.fm has allowed us to not only meet a ton of really great folks out there on the interweb but also hear some really special demos. Ike, a copywriter in Little Rock and one half of The Coasts, played a track for us in the Paper Garden Records room and we were hooked. How do we promote ourselves? Do we suck? These were just a few questions The Coasts had for us. No, you don't suck. You rule. Let us promote you! So here we are. The Coasts are just effortlessly fun, as if The Black Keys and Elvis Costello conceived an uncombed lovechild. The first track off their self-titled release, which you can listen to here, "Poltergeist" is a infectious, rolling pop song about moving into a haunted house. The thing is, you're nev
Post a Comment
Read more 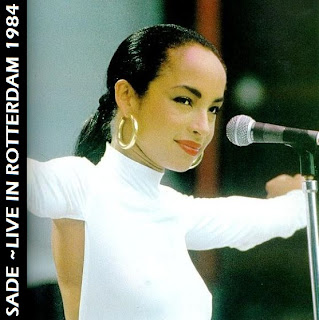 This is Sade performing live at Ahoy Hallen, Rotterdam, back on the 21st September 1984. This was a few months after her single 'Your Love Is King' launched her successful musical career. Her web sites biography includes the following - Music was not her first choice as a career. She studied fashion at St Martin's School Of Art and only began singing after two old school friends with a fledgling group approached her to help them out with the vocals. Somewhat to her surprise, she found that while the singing made her nervous, she enjoyed writing songs. Two years later she had overcome her stage fright and was regularly singing back up with a North London Latin funk band called Pride. "I used to get on stage with Pride, like, shaking. I was terrified. But I was determined to try my best, and I decided that if I was going to sing, I would sing the way I speak, because it's important to be yourself." Sade served a long apprenticeship on the road with Pride
5 comments
Read more
More posts