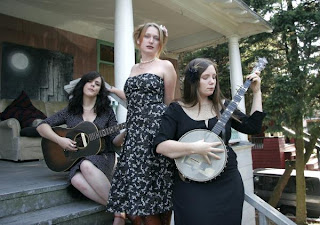 RE-POSTED JANUARY 2013 -   This is the fabulous Be Good Tanyas live at the Horseshoe Tavern, Toronto, Ontario, Canada back on the 11th April 2002. Formed in Vancouver, British Columbia, The Be Good Tanyas first played together at tree planting camps in the Kootenays region of British Columbia. They eventually played their first concerts in Vancouver in the late 1990s. They got their name from a song by music pioneer Obo Martin ("Be Good Tanya"). After the release of the first two (of three) Be Good Tanyas albums, Trish Klein collaborated with Alison Russell under the band name Po' Girl, a project that as of April 2007 has resulted in three albums (Po'girl, Vagabond Lullabies, and Home to You). Also 2007 saw all members of the band pursuing their own projects. As of 2008, the band was on hiatus to unwind from the stresses of touring. This now appears to be a permanent split. Frazey Ford released her debut solo album, Obadiah, this year (2010). So lets hope that
11 comments
Read more
More posts