Another Genre Mix: Before The Flood - herMajesty - Still Parade 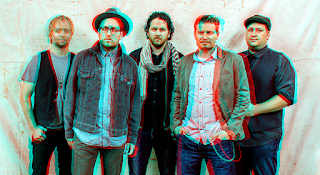 Before the Flood - I Can't Wait For You.

Background words - Before the Flood's 2nd LP (Hole in the Sky - 2015) is heavy on vocal harmonies, layered strings and deep percussion and bass. Electronic elements and synths add to the rich, and at other times ethereal soundscapes BTF creates through a long-awaited and eclectic 14 song journey. BTF's style and performances are constantly evolving but they continue to draw comparisons to Wilco, The Shins, The Weakerthans & Skydiggers.

Before the Flood formed in 2005, and the line-up has fluidly performed with between 4 and 7 members.  The backbone of the band has been strong, diverse song writing and rich, textured arrangements. Bars Wire and Wood (2008) had two singles (the title track & The Halls) that charted on college radio across Canada.

Over the last seven years BTF has been honing their craft performing through Southern Ontario - with 14 appearances at The Legendary Horseshoe Tavern (Toronto), 15 at The Moonshine Cafe (Oakville), regulars at NXNE and various summer festivals.

This is a solid album with songs that drift somewhere between folk, country rock and a few other places. All show off the bands well developed skills, and the featured track is a fine intro for those unfamiliar with BTF. 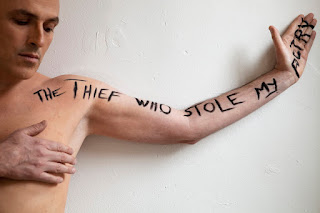 herMajesty - My Body Your Mind.

“My Body Your Mind” is the story of an immigrant son at a point in time where the experience of migration and dislocation and the desire to love and survive resonates in, and in spite of, the images from a 24-hour news cycle replete with negation, death, and pandering politicos. "My Body Your Mind” implies that the experience of emotional and physical trauma is grafted in memory and skin; that the fallout is, at once, fleeting and permanent, current and timeless, visceral and physical - like the song itself.

“My Body Your Mind” incorporates an ancient Middle Eastern instrument called the oud to amplify the immigrant son’s blues. The use of the oud and bouzouki flow in and out of the dramatic, mysterious wall of sound that integrates psych rock, new wave and world influences. herMajesty has been putting out music consistently since forming in NYC several years ago. They’ve shared the stage with acts like B-52s, Tom Tom Club, Boxer Rebellion, Say Hi To Your Mom, and received airplay on taste maker stations like KEXP-FM in Seattle and WFUV-FM in NYC.

Art Rock has become a crowded genre, it's one that has thrown up a few exciting artists, sadly there have been a few to many, pale imitations of Arcade Fire. herMajesty expand well outside the genre, and the featured track, shows off a talented band, with plenty of ideas of their own, and I feel comparisons with others would be an unfair distraction. 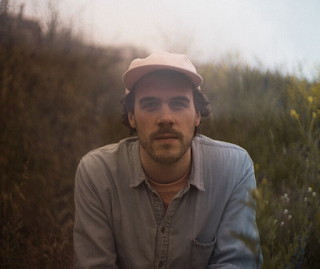 Background - Still Parade is the project and artistic expression of songwriter, producer Niklas Kramer. Kramer launched Still Parade with debut single 'Actors' on 20th May 2013 and for a long while his identity was clouded by secrecy and mystique. This decision was taken with a view to letting the music alone do the talking. And that it did. Following 'Actors', Kramer delivered extremely well received singles as well as the 'Fields' EP that saw Still Parade continue to build it's following online amongst the tastemakers of the blogosphere.

During this period between the end of 2013 and 2014 the identity of Still Parade's founder and driving creative force was gradually revealed as Niklas Kramer, a young producer and artist basing himself out of Germany's creative hub of Berlin. It also saw Still Parade begin to play festivals and headline shows across Europe in cities including London, Paris, Amsterdam as well as their home town of Berlin.

This period also saw Kramer become interested in experimenting with new recording techniques after receiving a tape recorder as a gift from his father. His previous output had all been recorded within fully equipped professional studios with experienced producers, resulting in a slick dream folk sound. However, only now was he realizing that he preferred the sound he was able to generate by himself within his own tiny Berlin apartment recording on that very tape machine.

Now armed with a collection of brand new songs Still Parade will be sure to leave behind the dream folk, yacht rock sound that became synonymous with Kramer's early output. His debut album self recorded and produced with the use of his tape machine, is set for release in 2016, and it's fair to say Kramer has successfully managed to harness influences from his all time heroes Todd Rundgren and Crosby, Stills & Nash.

I like this song. It is unpretentious, has an openly declared nod to his musical heroes, and yet has plenty of the artists own skills and ideas. As I said, I like it!