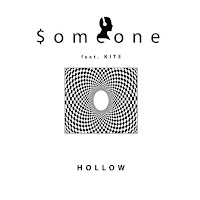 Those background words - When the music producer, $omeone, recently signed on Gotta Records, meets the sensitivity of the genius vocalist named Kite.

Kite is an award-winning Liverpool-based, Cumbrian-born songstress. Her debut EP ‘The Bed of The Brook’ was released in 2011 and led her on to play festivals such as Radio 1’s Big Weekend, Kendal Calling, Solfest and Ireby as well as gaining her a spot to play across the pond at Dewey Beach Music Conference in Delaware. Her ﬁrst single ‘The Water’ was self-released in 2013 and has had extensive radio play including BBC Cumbria, BBC Merseyside and BBC Radio 2 as well as having been playlisted by BBC 6 Music’s Tom Robinson. Since her trip to the US in 2012 Kite has been working closely with Brooklyn-based collective Mason Jar Music (Feist, Wood Brothers, Josh Garrels, Alicia Keys).

Lot's of recognition and words of praise, already written for Kite here in the UK, and on the strength of this song, it's not hype, it's quality. 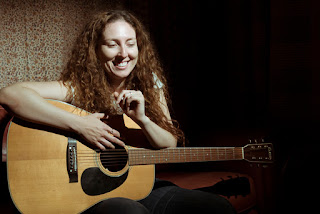 Lydia Schubert was born in Perth during the eighties or nineties; depending on what mood she’s in and credits her musical prowess with a desire to tell stories. She is a mythologist and puts herself in the first person of the song.

“But that doesn’t always mean the songs are about me”

Lydia emerged from the dusty plains of Australia’s West, playing intimate venues in Fremantle and the surrounding locality to small and attentive audiences, where she cut her teeth as a contemporary poet/singer. She has developed an acute understanding of the ‘song’ form and its potential to articulate that which is buried deep in the soul, hidden beneath the small talk of the world.

Lydia made her debut early on in the year with the single Jesse, a ballad about the gunslinger Jesse James, which earned radio play across the country. She now follows up with ‘This Golden Hour’, a song inspired by a dream and using the namesake of one of her favourite writers, Tennessee Williams.

This is a charming 'rootsy' song which gently builds as Lydia sings and a story unfolds. Simple as that? Quality often is.