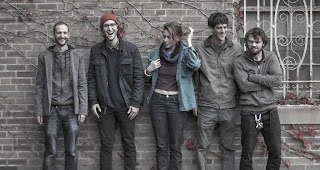 About the band - Like so many stories, Atlas Lab's biography begins with a chance meeting. Alex and Solei met one chilly morning while street performing in Harvard Square. She had her mic and looper, he had a homemade drumset of pots and pans. Before long, they were playing out together. Around the same time, Solei and John were experimenting with adding vocal loops and electronic textures to folk tunes, and Alex and Samm were living together, making ambient electronic music, and performing with local acts. The four came together in a Brighton apartment one afternoon in the winter of 2015 and felt the undefinable thing called chemistry.

Since then, Atlas Lab has toured the Northeast in suppport of an EP of live demos, which have gotten noticed on Bandcamp and several online indie labels/blogs. They will be releasing their first studio EP, "Wake Up Slow," in January 2016. In the fall of 2015, bassist Otto Briner joined the band as it moved towards a more groove-based, soulful sound. The new line up is currently writing songs for a full-length album. They have spent the past year playing extensively in Montreal, New York, Cape Cod, Vermont, Maine, and at local venues like Middle East Up, TT the Bear's (RIP), and Great Scott. -- Website Here.

One of the nice things about running a music blog, is when one band you feature opens the door to another, and they also sound really good, as has happened with Atlas Lab. The first single 'Wake Up Slow' is a song that quietly builds into something quite special. Indie folk with a bit of a kick, I can't wait to hear the rest of the EP. 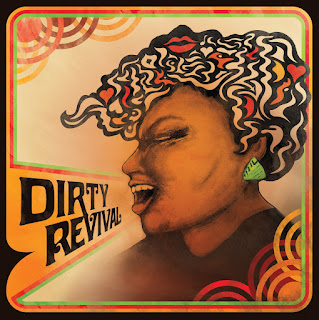 “Someone once described us as Aretha Franklin, Stevie Wonder, Earth Wind and Fire, and Rose Royce all blended up as one,” Clarke says of the comparisons her band has already started to receive.  “I nearly fainted.  What a massive compliment.” Expanding on that, Evan Simko says, “I think people will find a great variety of influences or comparisons, to name a few: P-Funk, Aretha Franklin, James Brown, Bill Withers, Charles Bradley, Jill Scott, Erykah Badu, D’Angelo, and The Roots.  It’s hard to say.  I think there are so many influences that it won’t quite sound like anyone in particular.”

Their debut is a representation of all of this, a melting pot of influences and personalities, with all five members getting their voice, literally and metaphorically, contained within the sounds of the album.  While navigating different musical waters, the album also vacillates between fiercely political uprisings to down and gritty party jams that are meant to make you smile and dance.

“The album is about honesty,” says Sarah Clark Clarke.  “It is candid and sincere, the same way we as a group approach music in general.  ‘Breathe’ is a song decrying the racial tensions in our society as we see it.  ‘Lay Me Down’ is about the brutal affect addiction has on people.  ‘Take It Off’ is a take on lust.  “Make It” is about the need for personal betterment.  And then there are songs like ‘Dirty Love,’ which highlights our passion for performance.  Essentially, every song on this album is an unadulterated take on music and the world that we see every day.” Adds Terry Drysdale, “It’s serious when it needs to be and fun the rest of the time.” The band decided on self-titling their debut, as a representation of who they are.

Now, with the record done, the band just wants to get their music out there, share it with people, and hope that those people want them to come to their city and play live for them.  And, the band, will be happy to oblige, with heavy touring this fall into next year slated in support of Dirty Revival.

Plenty of musical references above, however on merit the influences or comparisons are pretty reasonable. On the featured track the band stomp things up and certainly mix the styles. The album as a whole has plenty of 'traditional' soul songs, that whether they are softer, or more powerful, are just so full of commitment, and real soul passion. Dirty Revival are a melting pot of musical and vocal quality, that reaches way beyond just soul music fans.

Anonymous said…
I feel like it's not really Atlas Lab unless Solei's voice is drowned out in a sea of Merzbow-ish noise, but that's just me.
25 November 2015 at 22:18