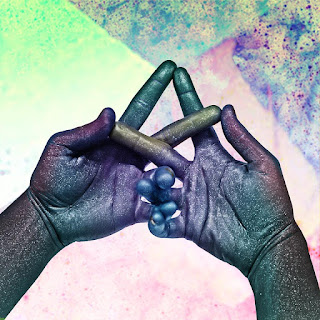 Background & promo words - There is a bruised elegance, razor­sharp wit, and quirky theatricality about the music of Richmond, Virginia-based band My Darling Fury. With a name that evokes thoughts of vulnerability wrapping its arms around unbridled rage, the indie pop trio of Todd Matthews, Joel Hollister and charismatic frontman Danny Reyes, defies genre limitations with songs that celebrate the unpredictability of life and love. Following the release of their debut album Licking Wounds in 2013, the band returns with A/O/K, out this Winter; a record that continues to push their singular aesthetic in new and exciting directions.

My Darling Fury’s affinity for complex rhythmic structures, operatic­-sized dramatics, and chamber music intimacy should surprise no one, considering that Reyes and Matthews both come from classically trained backgrounds. With a pliant, strikingly beautiful voice that recalls Freddie Mercury, Andrew Bird and even Nate Reuss of fun., Cuban-­American singer Danny Reyes conveys poignant lyrics in both English and Spanish, through songs that devastate and inspire. Looping and layering his acrobatic vocals with the assistance of an effects processor, he infuses the band’s sound with Afro-­Cuban rhythms and harmonizes with himself in real time.

Bassist and sound engineer Todd Matthews integrates cutting edge music software and subtle electronic textures into the fabric of the band's ever­fluctuating song structures. While manipulating the sounds of electric and bowed upright bass, he continues to experiment and develop new and innovative dialects for his instrument. Together with drummer Joel Hollister, whose atmospheric dynamics and percussive strokes elicit more remarkable sounds out of a sampler and a traditional drum kit than predictably expected, the band continues to evolve. Defending the dark horse, embracing optimism, and staring into the eyes of adversity, My Darling Fury invite you to rewrite their future and yours. -Ryan Lathan (Pop Matters, Sonic Hive).

I find it difficult to know what to add to the fine words above. 'Satisfied' is my personal introduction to the band and the song sends goosebumps right through me. A quick search and I found a couple more older songs (here) and straight away, there's two more albums on my 2016 wish list. Six days in and this could be an expensive year..