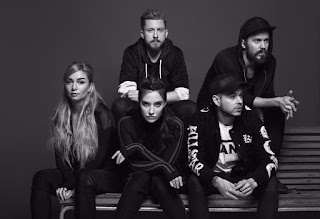 Highasakite - Someone Who'll Get It.

Background promo - Norway’s Highasakite return with perhaps their darkest offering to date, unveiling new single ‘Someone Who’ll Get It’ – the first lifted from the band’s highly-anticipated sophomore LP, slated for release this year. It ricochets; it resonates, with Highasakite’s signature battalion in full force.

The track hints to the brooding premise of Highasakite’s forthcoming album, serving a worthy successor to debut LP ‘Silent Treatment’ – an effort applauded on both sides of the Atlantic and now claiming the record for longest consecutive run in Norwegian chart history, having spent 94 weeks in the Top 40. Championed by the likes of Pitchfork, NME and The Guardian, ‘Silent Treatment’ has achieved international acclaim since its release in February 2014; awarded 2x Norwegian Grammys, an Impala Nomination (European Independent Album of the Year), a Triple J Hottest 100 (AUS) placing with single ‘Since Last Wednesday’ and Album/Single of the Year listings on NPR (US).

Upon first listen, ‘Someone Who’ll Get It’ presents somewhat sinister, but not without context: “The gunshots make more sense if you hear the new album as a whole,” explains vocalist Ingrid Helene Håvik. “The theme of the album is war and terrorism. Not the war at home, like ‘Silent Treatment’, but what is going on in the world right now.”

Despite loose political commentary, the album is without agenda. The intention is not to persuade or invade but more so, an attempt to make sense of the inner turmoil born of external unrest. “It’s not a political album in the sense that I want people to side with specific party or mindset, but it has been central in my life,” Håvik says. “There are not many love songs on the album, because I haven't been in that state of mind for a long time. Global warming and war have been my main concern.”

'Someone Who'll Get It' lands ahead of Highasakite’s first ever UK headline at London’s Hoxton Hall on February 9, with tickets having sold out just days after general announce. A new London show is announced at Village Underground on May 24, alongside a string of headline performances throughout Europe. The band has been touring nearly non-stop since the spring of 2014, including dates with Of Monsters and Men (UK/EU/US), London Grammar (US) and a 10,000 capacity show at Sverresborg Arena, Trondheim late last year.

Plenty of positive words have been written and said regarding Highasakite, and not that surprising on the strength of songs like the featured 'Someone Who'll Get It'. It's a really catchy song, maybe indie pop defines it, whatever the category the hooks will get you! 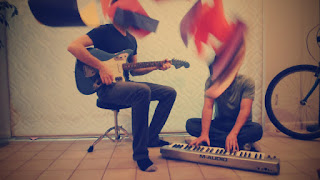 Loop Line - Nothing About You.

Background bio - Loop Line is an indie-rock band based out of multiple locations.  They are but two men, who live in different cities. Currently, Paul lives in Minneapolis and Luke lives in Phoenix. They first met in Minneapolis, where they played together in various bands until 2009, when life got in the way and forced their musical collaboration online.

Geographically challenged ever since, they've been making music together by sending files back and forth over the internet, revising and adding to each other's demos until they become truly collaborative songs.  Hence the moniker "Loop Line," representing the musical data packets that are constantly traveling back and forth between two points, thousands of miles apart. Wakes is the follow up to their 2014 LP, Tides, which was described by L'etoile Magazine as "great, creative interesting stuff...sounds like nothing else going on [in Minneapolis] right now," and "adventurous" and "ebullient" by BandCamp Hunter.

The new EP 'Wakes' came out last Friday (29th Jan), from which 'Nothing About You' is the first track. Luke from the band tells us "We've been compared to the Beach Boys and XTC by L'etoile Magazine" which certainly left me intrigued. Having listened to the EP it's actually a pretty good description, but don't think of the band as clones of the comparisons, they have created some fine songs that stand on there own feet.